If you think of Leh, Hunder, Nubra, Khardung La, Pangong Tso, Lamayuru and one of these big names while planning a trip to Ladakh, it is time to think further. A hitherto untouched side of Ladakh, nestled in the Karakoram range, lies a village by the name of Turtuk. While every place has a story, Turtuk has an epical one.

Once upon a time, Turtuk was a part of Pakistan that gained control over it in 1947. In fact, a number of people in the village have their relatives in Pakistan, far from their roots. India gained control of the village again, after the Indo-Pakistan war of 1971. It now sits in the Indian territory, right by the border of Gilgit-Baltistan; the villagers now at peace after having granted permanent Indian citizenship. A stroll through the rather small village will lead you to inhabitants, who have quite some stories to tell about their life on either side of the border. What is even more interesting about the border tales of Turtuk is the fact that Baltistan was once an independent kingdom. You can pore over remains and artefacts from those days in the museum here, which once was the summer home to the royals of Turkistan. It remained free till India-Pakistan partition happened in 1947, most of its families strewn over both sides of the border. 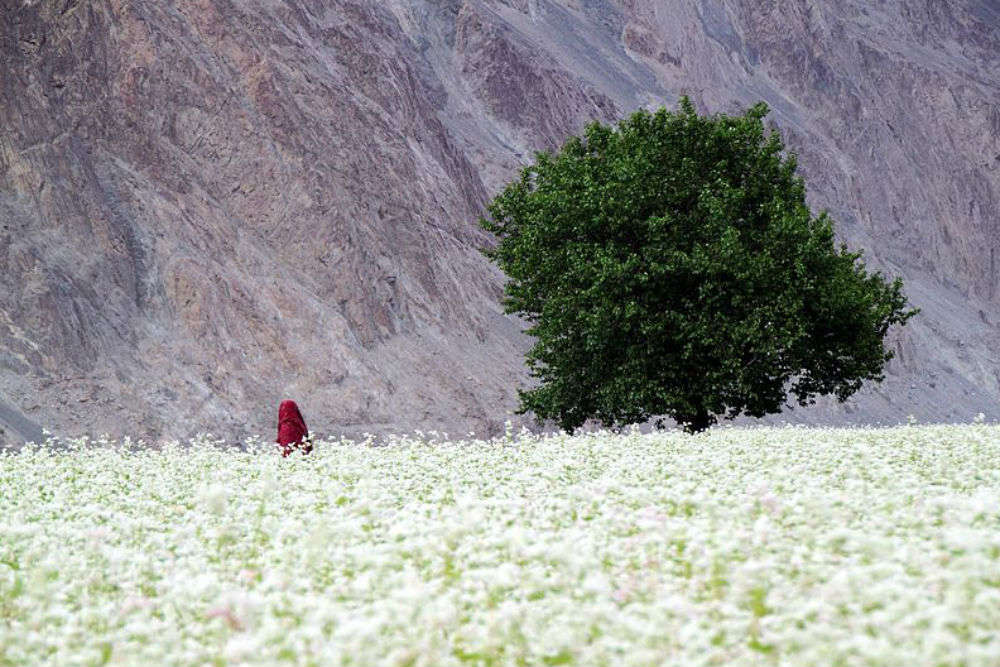 The village stayed closed to outsiders till 2010, and its quiet setting by the rather calmly-flowing River Shyok makes it hard to believe that it is home to more than 4000 people. A far cry from most of the tourist attractions in Ladakh, it sees only a trickle of visitors and has just recently seen some homestays. It is a village that you must visit if you are into stories; more so if you stay over for a day or two, for Turtuk is a charm that is best enjoyed at leisure.