On Aug. 25, 1916, President Woodrow Wilson signed the Organic Act establishing the National Park Service (NPS), which at the time oversaw 35 national parks and monuments. Until then, there had been no guarantee that the country’s national parks would be protected and preserved by the federal government.

Little could President Wilson or the parks’ stewards have predicted at the time that their vision of nature and wildlife preservation for the enjoyment of future generations would balloon into a vast network of 408 parks, forests, monuments, battlefields and coastline that have become some of the most visited tourism destinations in the world.

By 1920, 1 million people were visiting the national parks each year, according to the NPS. Last year, 292.8 million people visited park service sites, and annual visitor spending in and within 60 miles of those sites contributed $27 billion to the U.S. economy.

But despite that economic windfall and despite the fact that 2014 marked a record year in visitation to the parks, the NPS is not without its challenges as it heads into its second century of service.

The average age of park visitors is on the rise, according to the National Parks Conservation Association, a private nonprofit group that advocates for the national parks and the NPS. In a segment about the national parks’ youth problem earlier this year, CNN reported that in the past decade, the number of visitors under the age of 15 has fallen by half.

“The greatest challenge facing the national parks is making sure that, in an increasingly diverse, increasingly urban nation, all Americans from every segment of our society, and especially the next generation, understand that they are equal owners of the most magnificent — some would say sacred — pieces of real estate in the country,” documentary filmmaker Ken Burns wrote in an email interview.

In preparation for its centennial anniversary next year, the NPS and the National Park Foundation (NPF), the park service’s charitable nonprofit arm, have launched a campaign to encourage Americans to connect and reconnect with the national parks, as well as to better engage the next generation of parkgoers.

“We’re trying to encourage next generations to appreciate their parks as much as earlier generations have,” said Robert K. Sutton, the NPS’s chief historian. “I spent a lot of time in the parks when I was a kid, and most people from my generation did. We want to have the next generation really embrace the national parks. We think that’s a very positive thing that can come out of the centennial.”

To that end, NPF also introduced an Every Kid in a Park initiative, whose goal is to provide the opportunity for every fourth-grade student across the country to experience public lands during the 2015-2016 school year, free of charge.

Betsy O’Rourke, vice president of sales and marketing for Xanterra, one of the largest public parks concessionaires, said, “We have seen a trend for fewer families to come to the parks over the years, and we would love to see that trend reversed. Nothing would please us more than to get people to put down their devices and enjoy the parks.”

In that vein, Austin Adventures, which is owned by Xanterra, will offer national park trips for free to fourth- graders next year in keeping with the Every Kid in a Park initiative.

The NPS, and the travel companies and travel advisers who bring people to and through the parks each year, feel there is still much more opportunity to get travelers of every age and interest to embrace the rich variety of experiences that the parks network presents.

In the past 100 years, thanks largely to fast, cheap transportation and global communications, the world has opened up considerably to American travelers, forcing the national parks to compete for attention and attendance with an ever-expanding and enticing roster of exotic global getaways. For many, the national parks still evoke images of the great American road trip, a family jumping into their station wagon or SUV and heading out to Yosemite, Acadia, Yellowstone or Grand Teton. 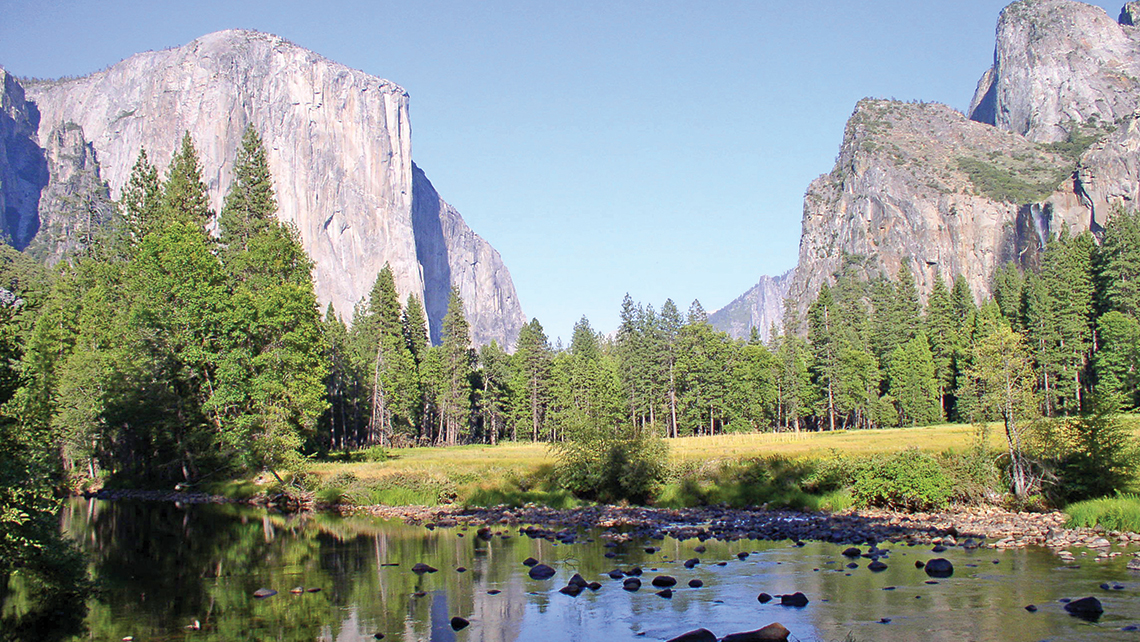 But in reality, the national parks offer a much wider variety of environments, educational opportunities and outdoor adventures than they ever have. Today, they can serve as a backdrop for anything from a high-end holiday to a budget-oriented backpacking trip and everything in between.

Travel sellers and tour operators that have developed a successful national parks business say that selling the parks can be just as profitable as selling any international destination.

“It’s the biggest part of our United States and Canada business,” said Tauck CEO Dan Mahar. “There is renewed interest in the parks. … Our [national parks] business was in a little bit of a decline in the late 1990s, but for the past bunch of years, it’s been on the increase.”

Operators that have been in the national parks business for decades are seeing a big change in the way travelers engage with the parks.

“Back in the day, it was about seeing the parks, driving through and getting that magical photo for the album,” said Steve Born, senior vice president of marketing for the Globus Family of Brands, which started bringing people to the national parks in the late 1970s with two tours offered by the company’s Cosmos brand.

“Today, expectations of the experience are different,” Born said. “Rather than just driving through a park, it’s critical to stay in the park with in-park adventures. It’s transitioned from seeing to doing.” 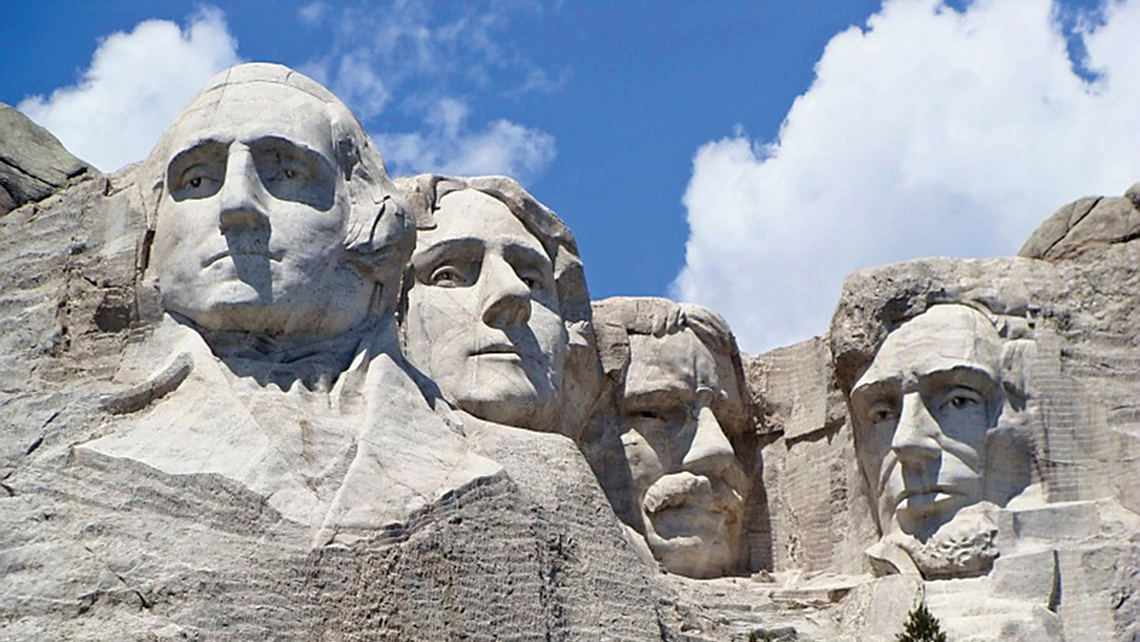 Mount Rushmore National Memorial is visited by nearly 3 million people each year. Known as the “Shrine to Democracy,” the memorial in South Dakota’s Black Hills National Forest is one of America’s most popular tourist attractions.

Globus’ national parks business has grown to encompass 24 national parks, and in 2011, the company became the NPF’s official tour operator partner through the creation of the GoParks Program, under which Globus makes a donation to the foundation for every visitor who books a Globus or Cosmos national park tour, at no additional cost to the customer.

Many travel sellers say that while the parks don’t represent a huge chunk of their overall business, there is good money to be made in knowing and selling the wide variety of experiences in the parks. They note that the scope and complexity of the national parks system and factors such as limited capacity at the accommodations within the parks highlight the advantages of working with a travel adviser who knows the ins and outs of the network and can create a comprehensive vacation plan.

“One of the big misconceptions is that selling travel to the national parks is a low-cost sale,” said Amanda Klimak, president of Waterbury, Conn.-based Largay Travel. “There are so many companies out there that offer products that are really nice sales for advisers. … Some of these trips run $4,000 to $5,000 per person for a week.”

Klimak, whose agency has been selling the national parks for decades, said the products have evolved substantially and that today there is something for everyone in the national parks. Along with several other travel sellers, Klimak observed that the parks offer an alternative to international destinations during times of turmoil or when the dollar is weak.

While only about 10% of her business comes from selling national parks, she said, “It’s a big enough segment that it’s worthwhile for me to be knowledgeable about it.” 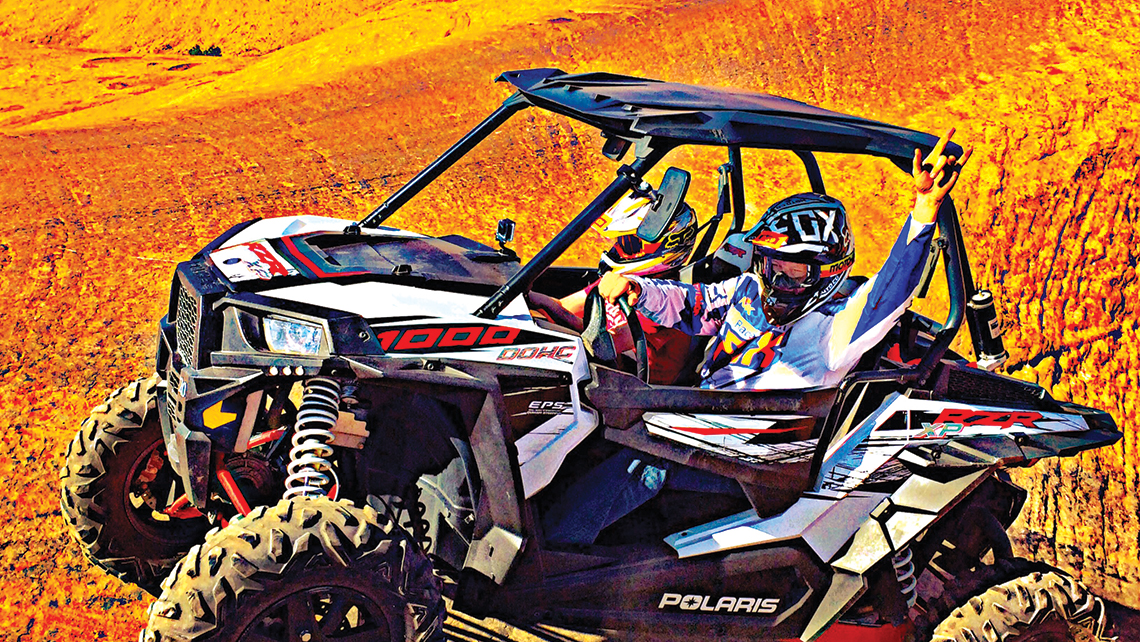 But Melissa Pugh of Chicago-based Jetset World Travel said it’s not about selling either the national parks or far-flung destinations; for her clients, it’s about doing it all.

“A lot of families who have traveled with me to Europe and other parts of the world, they now want to show their kids that our country has amazing beauty as well,” Pugh said. “It’s not about money or not wanting to travel overseas.”

Evolution of the parks

The 100th anniversary of the National Park Service offers an opportunity to reflect on the accomplishments and strides the service has made over the last century and to look forward to the challenges and goals that lie ahead.

NPS historian Sutton said, “One of the really huge periods for influx of funding for parks happened not long after World War II, when director Conrad Wirth, who had worked for the park service for a number of years before being named director of the park service, developed a plan to really have a huge infusion of funding for the park to commemorate the anniversary in 1966 — Mission 66.” 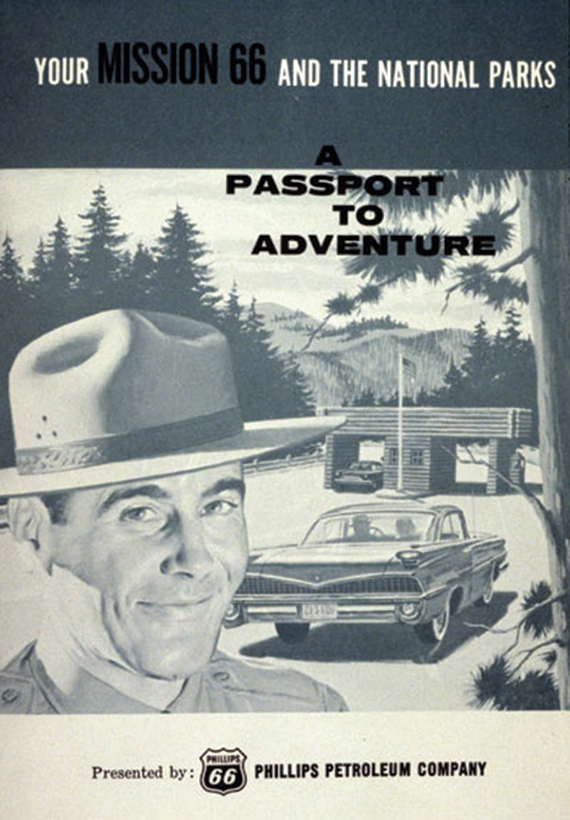 Sutton said Wirth gave a presentation to President Dwight D. Eisenhower that ultimately resulted in the parks receiving $1 billion in funding for a 10-year improvement program that lasted from 1956 until the 50th anniversary of the park service in 1966. During that time, numerous upgrades were made to the parks, including the ambitious installation of some 100 visitor centers.

In June, the Senate approved a bill that would provide $2.72 billion for the NPS in 2016, an increase of $112.7 million over the prior-year budget, as well as an additional $110 million for the national parks’ centennial initiatives, which include raising awareness and private funding for the parks. The House has yet to act on the bill.

“We have a pretty significant backlog of buildings that need to be restored or repaired,” Sutton said. “We have general maintenance needs. A lot of parks really survive by having a lot of volunteers.”

Until Congress decides what the NPS will ultimately receive for its centennial year, numerous efforts are under way to capitalize on the centennial marketing momentum.

Destination marketing organization Brand USA has partnered with MacGillivray Freeman Films to produce “National Parks Adventure,” a documentary about the country’s national parks that will be released globally to IMAX theaters Feb. 12, 2016. Brand USA recently launched outdoors.discoveramerica.com, a website where visitors can get a behind-the-scenes look at the making of “National Parks Adventure” as well as other insights into exploring the national parks.

Tour operators, too, are beginning to preview some of the experiences they are planning for the national parks in 2016.

Frank Marini, president of Amtrak Vacations, said the company is experiencing record demand for rail travel to the national parks this year and is seeing the same trend for 2016.

Whether because of the centennial buzz or simply because the national parks are coming back into style among some travelers, there appears to already be a pre-centennial bump under way.

“We have seen an increased interest in national parks this year, similar to a couple of years ago when the Ken Burns national parks documentary came out,” said Dave Hershberger of Travel Leaders in Cincinnati. “I expect that as the 100-year anniversary amps up, we will see an even greater interest.”

That increase in interest owes much to the last 100 years of the National Park Service, a time during which the vision and mission of the parks expanded far beyond the goals of the original undertaking.

“In the last century … what defines a park has evolved,” Burns said. “It’s not just scenery any longer, though it needs to be said that the grandest scenery on earth can be found in many parks. There’s history that can be encountered firsthand. There’s the preservation of wildlife — the bison and wolves at Yellowstone, for instance — that’s part of the expanded mission. There are urban parks as well as wildernesses.”

Indeed, the national parks represent an alluring marriage of past, present and future, places where some sights, sounds and smells have remained strikingly similar to their century-old predecessors, while at the same time benefitting from modern enhancements.

“We take a lot of pride in adjusting to the demands of modern travelers while maintaining the traditional national park experiences,” O’Rourke said. 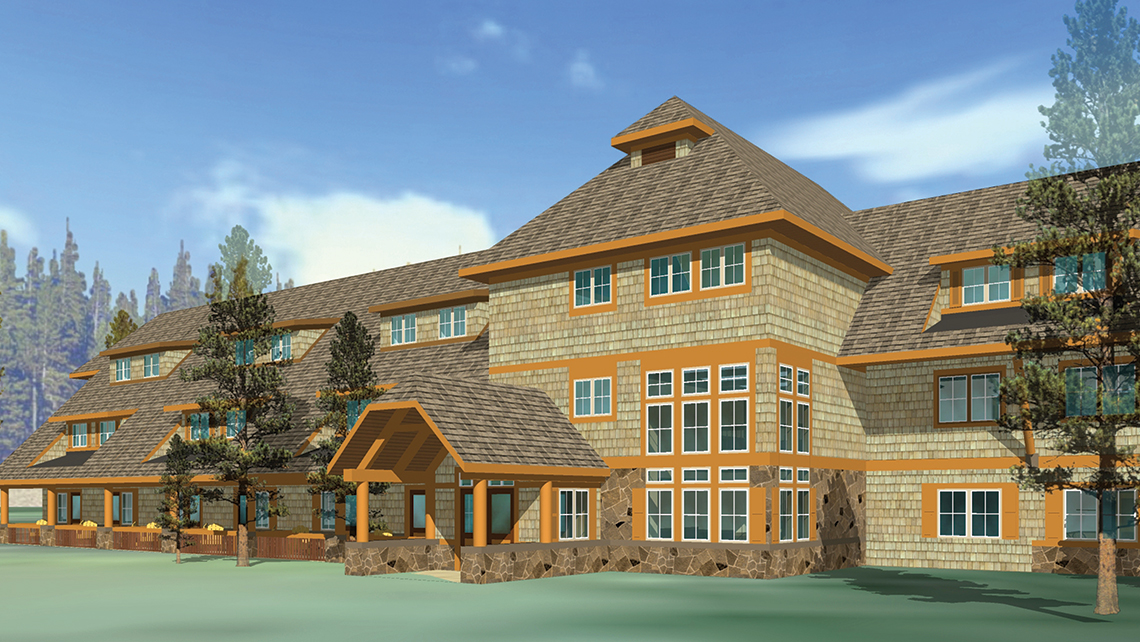 In Yellowstone, for example, Xanterra is replacing about 400 cabins in Canyon Village with five lodge buildings as part of its 20-year contract to operate the Canyon Lodge & Cabins property within the park.

“One of the most appealing aspects of national parks is that visitors can count on an experience remarkably similar to that from their early visits,” O’Rourke said.

A hike in the park led this man to a precious 9.07 carat diamond!