COCOCAY, Bahamas — Approaching this Royal Caribbean private
island, before you see anything else, you see the jagged red outlines
of the tower wrapped with the Daredevil’s Peak waterslide.

It is the marquee attraction in the “Thrill” half
of CocoCay, and at 135 feet it is billed as the tallest waterslide in North
America.

Daredevil’s Peak is just one of 13 waterslides in the Thrill
Waterpark, which also includes a wave pool, an adventure pool, cabanas lockers,
changing rooms and a snack shack. But it is one thing everyone wants to do,
including me, when they come off the ship.

And so, it takes a while to ride it. Starting at the bottom
of the tower, I climbed the internal staircase about halfway before running
into the back of the queue.

My traveling companion and I took in the beautiful view of
the island and all its new facilities as we waited about 40 minutes to get to
the top. After the initial rush, lines
grew significantly shorter, with waits of 10 to 15 minutes later in the day.

The top of the ride is covered with a large sun canopy. On
some waterslides, there is nothing but a bare platform at the top, which leaves
riders feeling very exposed. But this ride affords a view without making it too
scary. 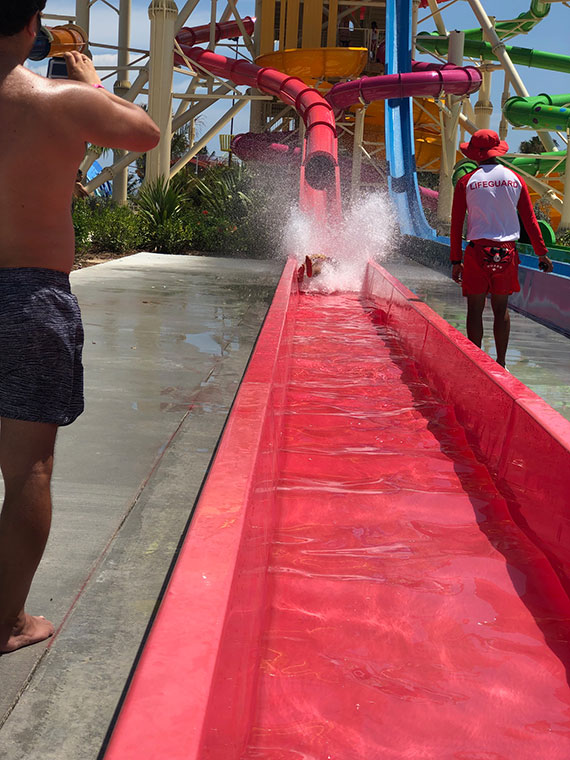 Don’t bring sandals, shirts or loose jewelry because they
all must come off and be held on the way down. Glasses must be secured by
lanyards.

Daredevil’s Peak encircles the tower and, from the outside,
the angle of descent doesn’t look excessively steep. The launch is not too bad,
but the rider picks up speed fast and soon is hurtling down the tube at a
frightening velocity. There are some nice light effects, alternating opaque and
clear tube sections with rainbow stripes and (my least favorite) pitch dark
segments.

In a matter of maybe 15 seconds I suddenly emerged into the
sunlight and received a face full of water as I hit the long runout. I looked
around, tried to get my bearings, and stood.

The thrill was delivered as promised at CocoCay. 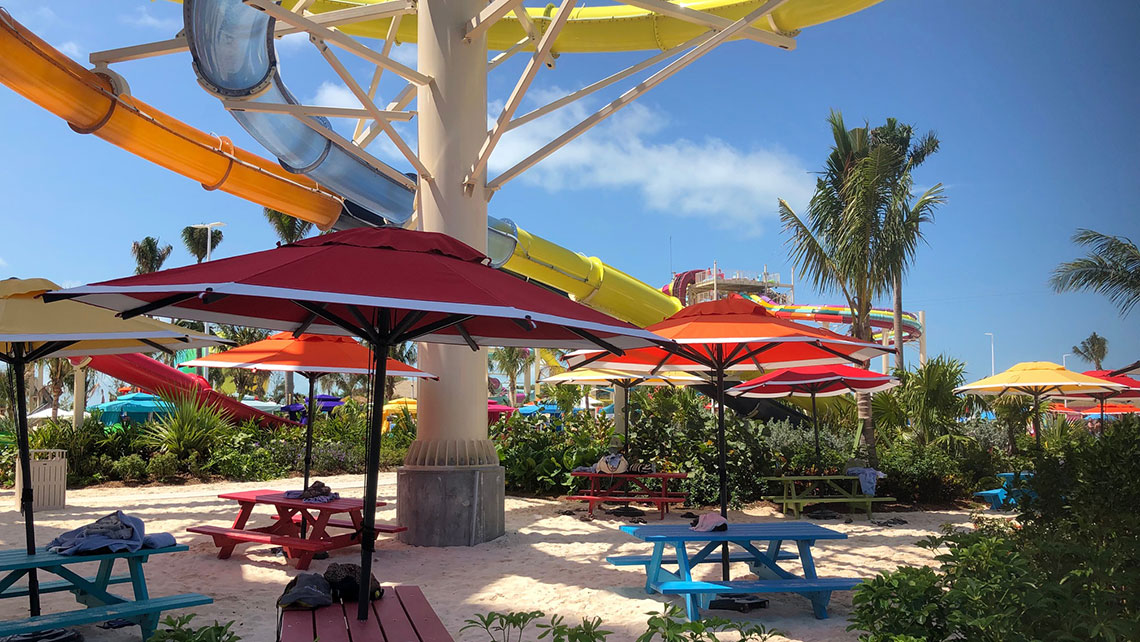 Airbnb and Vrbo Significantly Outperformed the Hotel Industry But for How Long?

Geographically, Portugal may be small, yet it’s a fascinating destination to visit once in your lifetime. With gorgeous beaches, vibrant cities, and varied landscape, Portugal makes for a great holiday destination. If you have been planning to visit this spot for a long time, mark these beautiful Portuguese towns to make sure you don’t miss them during your trip.