The world is full of beautiful places and equally interesting people! In a recent incident, a woman passenger was seen and recorded casually walking on a plane’s wing after complaining “it’s too hot” inside the plane. The incident took place on the Ukraine International Airlines, moments after its landing at Kiev airport. The concerned woman just opened the emergency exit and went out and started walking on to the aeroplane’s wing which was absurd.

Later, it was found that the woman was in her senses when she carried out the act! She was not under the influence of alcohol or drugs as the authorities were speculating. 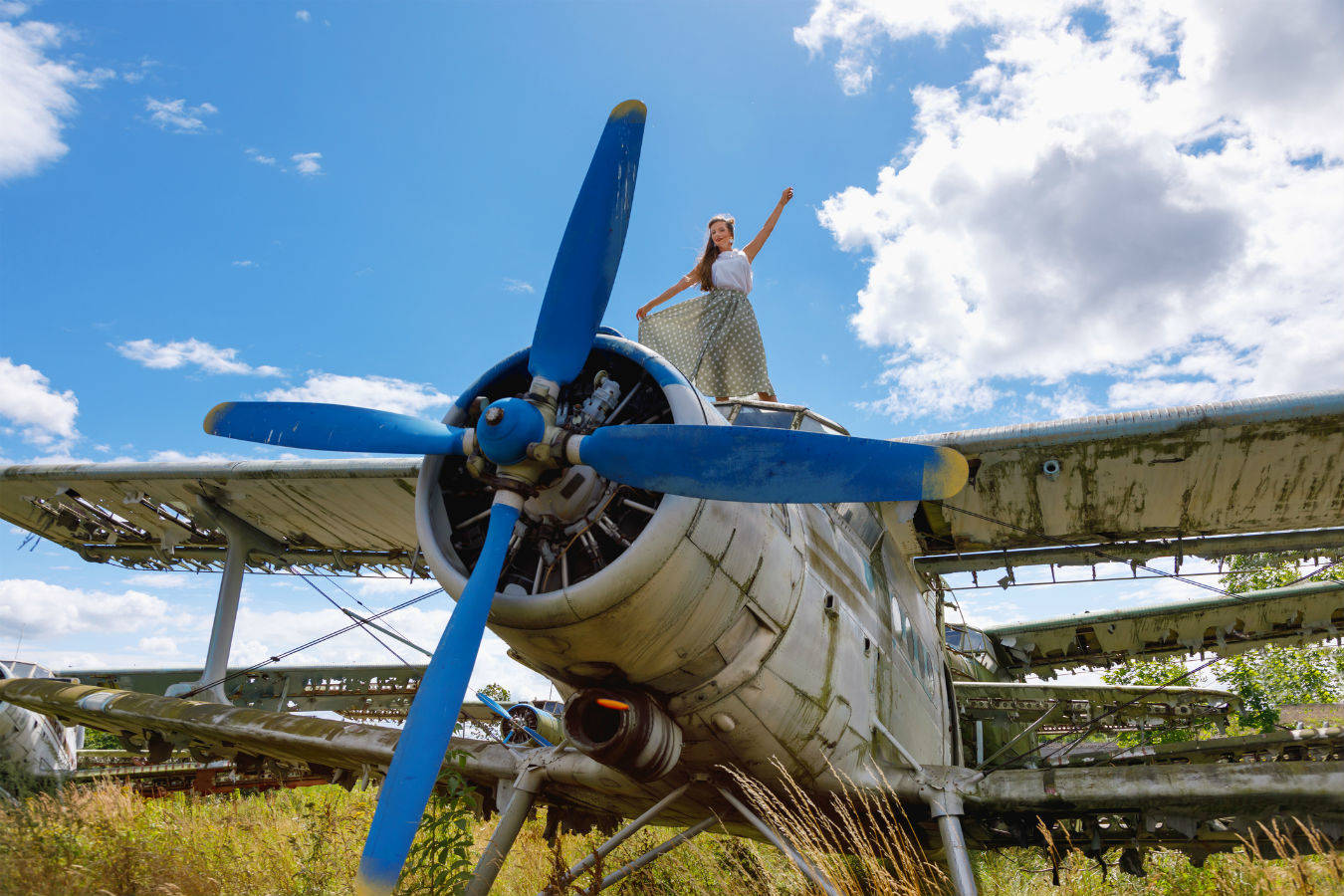 The mother-of-two boarded Boeing 737-86N in Turkey along with her two kids. According to the reports, the woman opened an emergency exit on the plane and casually hopped onto the wing. When asked, she said she wanted “to get some air”, as it was “too hot” inside. In the videos, the woman can be seen casually taking a stroll along the plane’s wing. Then, when she is done, she can be seen climbing back inside the plane to rejoin her family.

A co-passenger informed reporters that after the aircraft landed and all the passengers got off, the woman almost “walked all the way from the tail to the emergency exit row, opened the door and went out.” Narrating the weird incident, the eye-witness further said that by that time her two children were outside the plane and standing next to him. Both the kids were extremely surprised and started saying, “that’s our mum!’”

Soon, everyone else noticed and the pilot called for an ambulance, police and border guards. When cops asked her the reason behind her risky behaviour, she casually told them that she was too hot.

Later, she was taken in for alcohol and drug tests but her results were negative. The woman was on a family vacation with her husband and two kids before the start of the new school term.

Actions taken against her by the airlines

Meanwhile the Ukraine International Airlines (UIA), confirming the bizarre incident, said that the mother-of-two has been blacklisted. The statement issued by the airlines read, “A passenger of flight PS6212 Antalya-Kyiv illegally opened the emergency exit of the plane after it stopped near gate 11 of terminal D and went on to its wing. The passenger was flying on a charter vacation with her husband and children. The chief pilot immediately summoned the aviation security, border service, police and medical centre of Boryspil Airport. The passenger was blacklisted for gross violation of aviation safety rules and behaviour on board.”

She is now banned from flying with Ukraine International Airlines.

Ireland wants you to hotel quarantine upon arrival from certain countries