The opening of a new tourism market is a rare event.
There are few corners of the world that haven’t been tapped into, certainly
none that are tropical yet culturally alluring destinations just 90 miles off
the shores of the United States.

So for travel agents, the loosening of Cuba travel
restrictions represents an unusual and enticing opportunity.

Yet while trying to get in on the ground floor
of the Cuba travel market is very tempting, it is also proving to be frustrating. Agents are being stymied by a variety of factors, chief among them
applying the marketing rule of supply and demand in a place that had not seen
this much demand in decades.

Cuba is simply not prepared for the ever-growing influx
of tourists from the U.S. resulting from the steady progression of relaxed
travel restrictions.

Even before the first direct commercial flight between
the two countries takes off later this year, the move by Presidents Barack
Obama and Raul Castro to normalize relations between the Cold War adversaries
drove an almost 70% growth in U.S. tourism to the island in a single year.

“The demand by tourists for rooms and meals far exceeds
the available capacity of these tourism resources in Cuba,” said John Thomas,
an assistant professor of hospitality law at Florida International University.
“The available rooms and meals will likely not match the expectations of many
visitors, so there will be some disappointment.”

Havana, especially, has been overtaxed by the growing
number of travelers. The lack of accommodations has meant that travel agents
new to trying to put together Cuba itineraries fall in line behind people who
have been working there for many years, whether they are foreign companies that
never had to comply with the embargo or tour operators that specialized in Cuba
travel under the previous people-to-people parameters.

“The problem of not having enough hotel space or
availability in the types of hotels my clients would be happy in makes it very
difficult,” said Honey Moss, a Miami-based travel agent with Protravel
International. “Since most of the wholesalers have gone in and blocked the
rooms for the year, we are at their mercy to see if we can get rooms.”

Moss has traveled to Cuba twice in the last year for
hotel inspections and to check out cultural sites. She cited the limited
availability of upscale, centrally located hotels.

“I like my clients staying in [Old Havana], since they
can wander around on their own, walk to paladars for dining and really get a
feel for the people and the country,” she said.

Kathy Bernstein of Protravel in Chicago ramped up her
Cuba business when the regulations started to relax. She has also encountered
difficulty finding rooms.

“One of the companies I used said about three months ago,
‘Don’t even ask for anything before May; we’re completely booked up,’” she
said. “They just don’t have that much facility down there. And now, there’s so
much interest. I think that will change, but at the moment that’s been a
limiting factor.”

Bernstein said that as a travel agent, one of her duties
is to manage clients’ expectations.

“With all the press, people are excited to have the
opportunity to visit Cuba legally now,” she said. “I think they are surprised
to find out it’s not as straightforward as they thought.”

It remains difficult to get there. Visitors still have to
travel by charter air, and for upscale clients, even the most high-end Havana
experience is likely not to meet the luxury standards to which they are
accustomed.

“It’s a beautiful country, but the infrastructure is not
currently there to support a five-star experience,” Bernstein said.

While some private Cuban homes are available on sites
like Airbnb, they are not suitable options for travel agents who often tout
being able to vouch for a product as part of their value.

“Unless we have checked them out and verified them, I
would never book my clients into one,” Moss said of Airbnb rentals in Cuba.

Another issue for agents is that planning a Cuba trip is
very time-consuming because almost nothing can be booked in the normal work
flow. The GDSs do not list hotels and charter flights.

Finding room at the inn

As a result of limited supply and access, travel agents
still often rely on the same tour operators they turned to before regulations
relaxed. These longtime Cuba specialists have priority access to rooms and also
have representatives on the ground, which is important for many agents to be
able to offer their clients.

“Our travel agent business is exploding compared to last
year, because as we’ve always done, we just try to make it easy; because it’s
so not easy,” said Tom Popper, president of Insight Cuba, which has been
operating tours on the island since 2000. “We get these phone calls [from travel
agents] and they say, ‘I have a group of 10 people that wants to go to Cuba,
but nobody [in Cuba] will return my phone calls, and I can’t book them online.
And how do I get them on a flight?’” 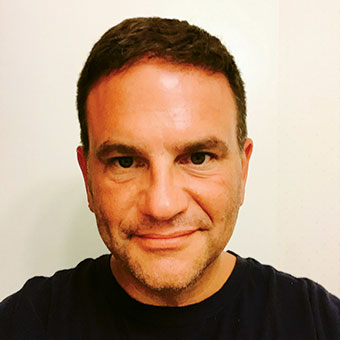 Knowing Cuba so well, Popper understands the value of having
a team on the ground.

“We’ve had so many reports of passengers who arrive in
Cuba and the confirmations aren’t there,” he said, explaining a key problem is
that Cuba does not have computer systems that communicate with networks outside
the country, including with central reservations systems elsewhere.

“It has nothing to do with the embargo,” Popper said.
“Cuba doesn’t have the electronic infrastructure to communicate. So lots of
people are booking online, and there is a lack of communication. People are
getting there, and there are no rooms. The hotels sold out. It’s very
frustrating for a lot of people.”

The upside of the continued challenges in traveling to
Cuba (as well as uncertainty due to what seems like U.S. travelers’ constantly
changing legal status there) is that consumers see the value that travel agents
can bring to a complicated trip.

“The promise of relaxed regulations has accelerated the
interest,” Bernstein said. “But the realities of what needs to take place
actually make our services as informed travel agents all the more critical in
making the trips happen within the confines of the guidelines.”

As to when the situation will improve, travel sellers
cited Starwood and Marriott’s plans to operate on the island as a way to add to
and improve the quality of existing room inventory. According to Marriott
International CEO Arne Sorenson, the first Marriott hotels could open as soon
as 2017. While acknowledging that he was not sure how many properties that
might be, he said, “It’s potentially quite a substantial market, so it could be
a number of hotels.”

In addition, Thomas said, the launch of cruise ship
service “will provide rooms and meals for some tourists, so this will initially
provide some resource relief in Cuba.”

You can now book your flight to Dubai from India