In recent years, the definition of adventure travel has morphed from hiking up mountains and ziplining through rainforests to include anything that coaxes travelers out of their comfort zones. This can be especially true for family travel, because, as every parent knows, traveling with kids adds a lot of moving parts to any itinerary, and sometimes just getting to your destination in one piece is an adventure unto itself.

With this in mind, I recently tried a sample version of an Adventures by Disney New York City Short Escape vacation, which offers a surprisingly fresh look at some of the city’s most iconic destinations and an entire menu of interactive elements that families would have a tough time re-creating on their own.

Our stay began at the InterContinental Times Square, a part of the city that, to be honest, I normally avoid unless I’m holding theater tickets in my hand. But, in fact, our room with floor-to-ceiling windows overlooking Eighth Avenue was sort of like having a giant movie screen on your wall, and the property’s amenities and particularly the dining options were above average.

Our itinerary was representative of some of the highlights a family would experience on their vacation package, but Disney staff were quick to point out that the order of activities is subject to change, and that’s for a reason. Weather, availability — for example, the group might attend a hit Broadway play on a different night than on the program so that they can get the best seats in the house — and other factors play into the team’s determination to present every activity at its optimum moment.

Dancers surprise passengers on the Ride, an interactive bus tour of Manhattan’s most iconic sights with the added treat of “impromptu” performances on the streets of the city. Photo Credit: Kent Phillips

On our first night, we hopped aboard the Ride, an interactive bus tour that was a lot more fun than it sounds. The vehicle is set up so that everyone is facing outward, and the itinerary took in all the sights a new-to-the-city family would expect to see — Times Square, Madison Avenue, the Chrysler Building, Radio City Music Hall and the Empire State Building — but with a twist. At various points along the route, the onboard staff interacted with passersby who we soon realized were part of the show.

Rappers, breakdancers and, at one point near Columbus Circle, a ballet dancer in a tutu and toeshoes performed for us on the sidewalk. My favorite part of those moments was the complete disregard New Yorkers displayed as they walked past people literally doing backflips and pirouettes for our entertainment.

The next morning we started early for a Good Morning America Studio Tour at Disney’s Times Square Studios, where we had VIP backstage access to the show. We spent time with one of the producers and eventually sat in the audience, where I was selfie distance from Emma Stone, Chrissy Teigen and the show regulars, although audience seating is not always a guaranteed part of the experience. 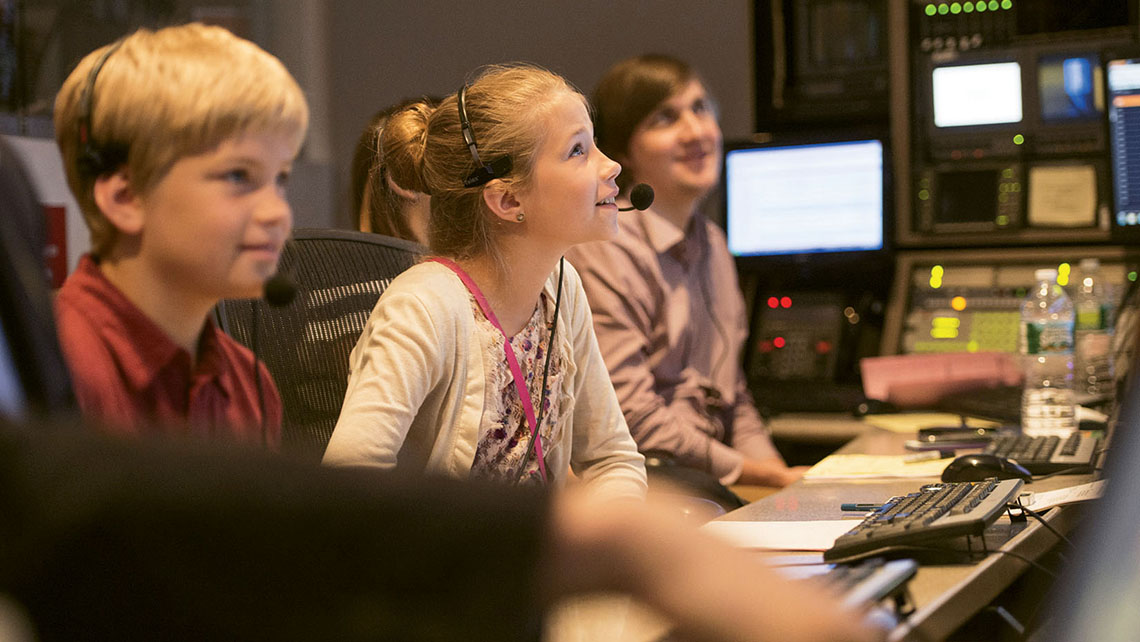 We then set out for a private tour of the New Amsterdam Theatre, a landmark building that was once home of the “Ziegfeld Follies” and where Disney’s “Aladdin” is now playing.

The interior of the theater is ornate and beautiful, in keeping with the era when it was built in 1903, and just as fascinating was the story of its 1920s heyday, its near demise and its 11th-hour salvation and restoration. We also got to try on some of the costumes from various Disney theater hits, from “The Lion King” to “Newsies.”

For lunch, we stopped at John’s Pizzeria, billed as the country’s biggest pizzeria and where the decor alone (it was once a tabernacle church) is worth the visit.

Our next stop proved to be more of an adventure for some of us than for others. If you’re not someone who typically volunteers to get up on stage and interact with performers, you’ll know what I mean. But in fact, our Broadway workshop in a private rehearsal studio, during which we learned a tiny portion of a song and dance from the musical “Frozen,” was taught by such exuberant young performers that by the end everyone had fun. 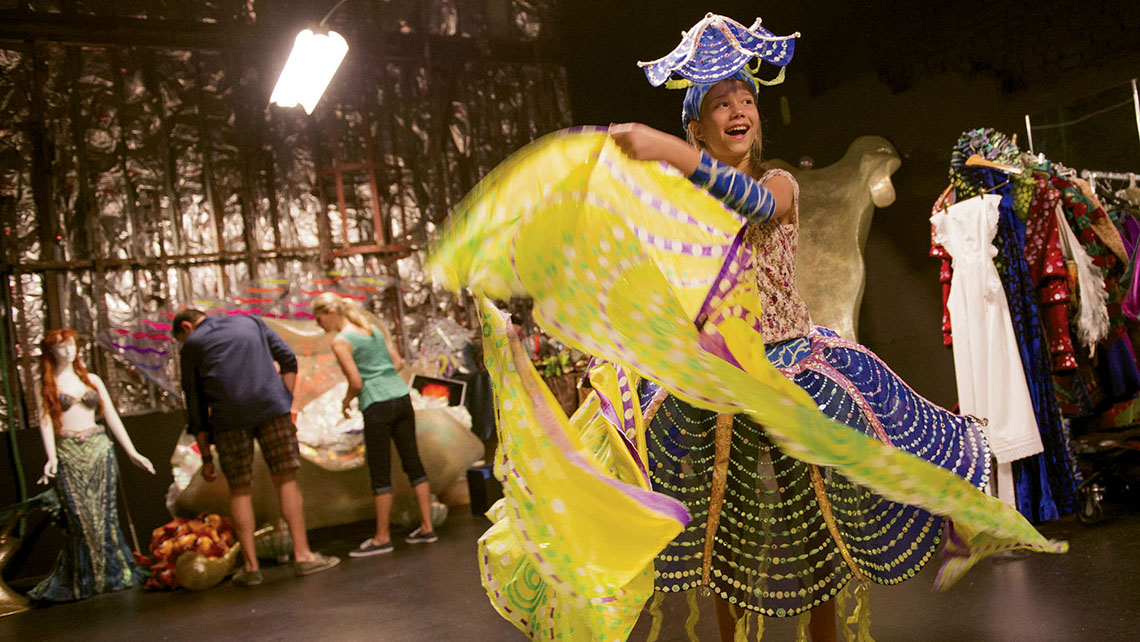 Guests go behind the scenes for a private tour of the beautifully restored New Amsterdam Theatre, once home to the legendary Ziegfeld Follies. Photo Credit: Kent Phillips

Speaking of “Frozen,” that night we saw the musical at the St. James Theatre in seats so close to the stage — we were in row four, and some families with younger children were seated in the first row — that I’ll be disappointed by so-so theater tickets forevermore.

The full three-night tour also includes a Harlem history tour, the Sept. 11 Museum and Memorial, a stop at the One World Observatory at One World Trade Center and a private tour and dinner at the Tenement Museum on the Lower East Side.

The complete tour is priced from $2,929 for adults, $2,779 for children, including select meals and the services of Disney guides.

In addition to existing New York, San Francisco, Southern California, Wyoming, Barcelona and Rome experiences, Disney is adding Short Escapes adventures to Boston, London and Vancouver next year, and all programs can be stand-alone getaways or add-ons to other vacations.

Tour groups likely to be small during measured restart

Disney cruises to have Marvel Day at Sea