Large-ship cruising will be slowly restarting in Europe this month and next, and at least one emerging protocol will result in a profoundly different sailing experience: Passengers can only leave ships at port on official cruise line shore excursions.

MSC Cruises resumed cruising earlier this month on the MSC Grandiosa, operating at 70% capacity and with Europeans only, while Costa Cruises plans to launch the Costa Deliziosa on Sept. 6 from Trieste, Italy, allowing only Italians to sail. The Costa Diadema is set to follow on Sept. 19.

On initial itineraries, at least, passengers on both lines will not be permitted ashore unless they’re on a cruise-sanctioned excursion. The tour groups will be smaller to enable social distancing and will follow other Covid-19 protocols that the lines have in place.

MSC, which lowered the prices of its excursions (any passenger can add three for $118), said that most have sold out.

While the move will impact only a tiny number of sailings at the outset, they prompted many to wonder whether people would be happy sailing on a ship they could only leave via an organized excursion.

Several travel advisors said that people who love to cruise would not be turned off by the prospect, at least not at first.

“Travelers are anxious to travel again, but ultimately, they want to be safe,” said Michelle Fee, CEO of Cruise Planners. “The cruise lines are trying to maintain the ‘travel bubble effect.’ Having shore excursions where the staff are tested and sanitization procedures are vetted is the right thing to do and a smart way cruise lines can exist in this Covid-19 environment.”

Susan Walsh, executive vice president of Keene Luxury Travel in Dallas, said that although many of her high-end clients prefer private, individualized tours and eschew motorcoaches, they also want to cruise again as soon as possible.

“The clientele I work with is so attached to cruising that if they have to follow certain protocols, I believe they will,” Walsh said. “We have people who are anxious to be on the first ship out, and at this point, we expect, and we advise them, that they will probably have to wear a mask, be limited as far as dining venues and also that there will be certain protocols that will be different than what they are accustomed to.”

Walsh said that those who “don’t want to live with those protocols” will wait.

“A few have said they won’t go if they have to wear a mask and don’t want to be limited and be told they have to go on specific tours, but that’s very minimal,” she said.

As to whether the cruise lines offer enough tour options, Fee believes they do.

“They will be conscious enough to keep the excursion groups smaller than usual, which may mean adding additional departures to allow all interested guests to take part in excursions,” she said. “A positive side to this is that smaller groups will enhance the experience for guests.”

Left on the outs by the new policy are the third-party shore excursion operators that are popular among travel advisors for offering small-group, customized tour options  and for paying commissions. MSC is one of few cruise lines that offers travel advisors commission on excursions.

“The safety of travelers should always be a priority over financial gain,” said Fee. “Having said that, it will impact advisors financially, because they earn commission when booking their client’s excursions through a third party. We applaud MSC for already leading the way by paying commissions. However, this is not the norm.” 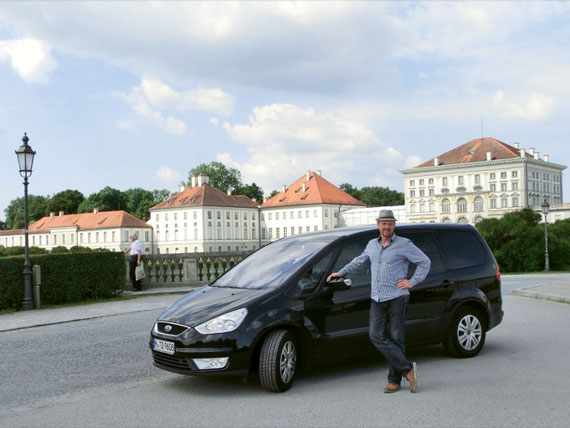 The new policies don’t take into account companies like MyExcursions, which organizes small-group tours with guides like Thomas Deppe, in front of his tour minivan in Munich.

Fee said that Cruise Planners hopes cruise lines will amend those policies to “offer commission to advisors during the time that the cruise line is mandating that travelers take their authorized excursions.”

She and other advisors voiced concern for companies like Shore Trips and MyExcursions, with whom they have long relationships.

“We fear that this will be a devastating blow to them,” Fee said. “Perhaps a solution would be for cruise lines and select third-party vendors to align their health protocols and further extend options to travelers while staying within the travel bubble.”

Julie Karp, co-owner of Shore Trips, said that passenger preference will ultimately prevail when it comes to shutting out companies like hers.

“I can’t see this as a forever situation.” she said, adding that in the end, cruisers “will want to do it their way.”
“What we do is not for everybody,” she said. “There are always people who want to go on a cruise ship excursion.

We continue believing in our mission that smaller is better. If we are hampered at the beginning, then we are, but sooner or later people want what they want.”

Tim Harwood, president of MyExcursions, said he understands the reasons behind the new rules but doesn’t think they will last.

“It’s the right move at the moment,” he said. “But I think there will be a general pushback by guests onboard if they are going to continue to be confined.”

However, he does concede that if the cruise lines make this a long-term part of their policy, “it could get to the point where our business is no longer viable.

Walsh would hate to see that, calling MyExcursions’ high-end, customized tours “invaluable” to her clients.

MSC’s restriction was put to the test by a family that ducked away from its assigned group, but the family learned the hard way that the line is serious about its protocols: They were denied reboarding. MSC said it “broke the bubble,” putting other passengers at risk.

Many travel advisors applauded the move.

“I just want suppliers and guests to obey and enforce the rules so we all can get back to doing things we love,” said Judi Laplante, founder and managing partner at It’s All About the Mouse Travel.

Aida Cruises to return to Germany this month