The Chief Secretary of Jammu and Kashmir, BVR Subrahmanyam asked officers to prepare for an expected football of six lakh pilgrims during the Amarnath Yatra that is coming up. The yatra is a 56 day long pilgrimage, which takes you to 3880 m high to the holy cave shrine of Amarnath. The pilgrimage takes place in south Kashmir, and this year it is supposed to start on June 28, and culminate on August 22.

The Chief Secretary has directed the divisional commissioners of Jammu and Kashmir to closely monitor, and arrange all required things such as camps along the yatra route for the pilgrims. This is particularly going to be so in Jammu, Ramban, Kathua, Samba, Srinagar, Anantnag, Udhampur, Baltal, and Chandanwari.’ 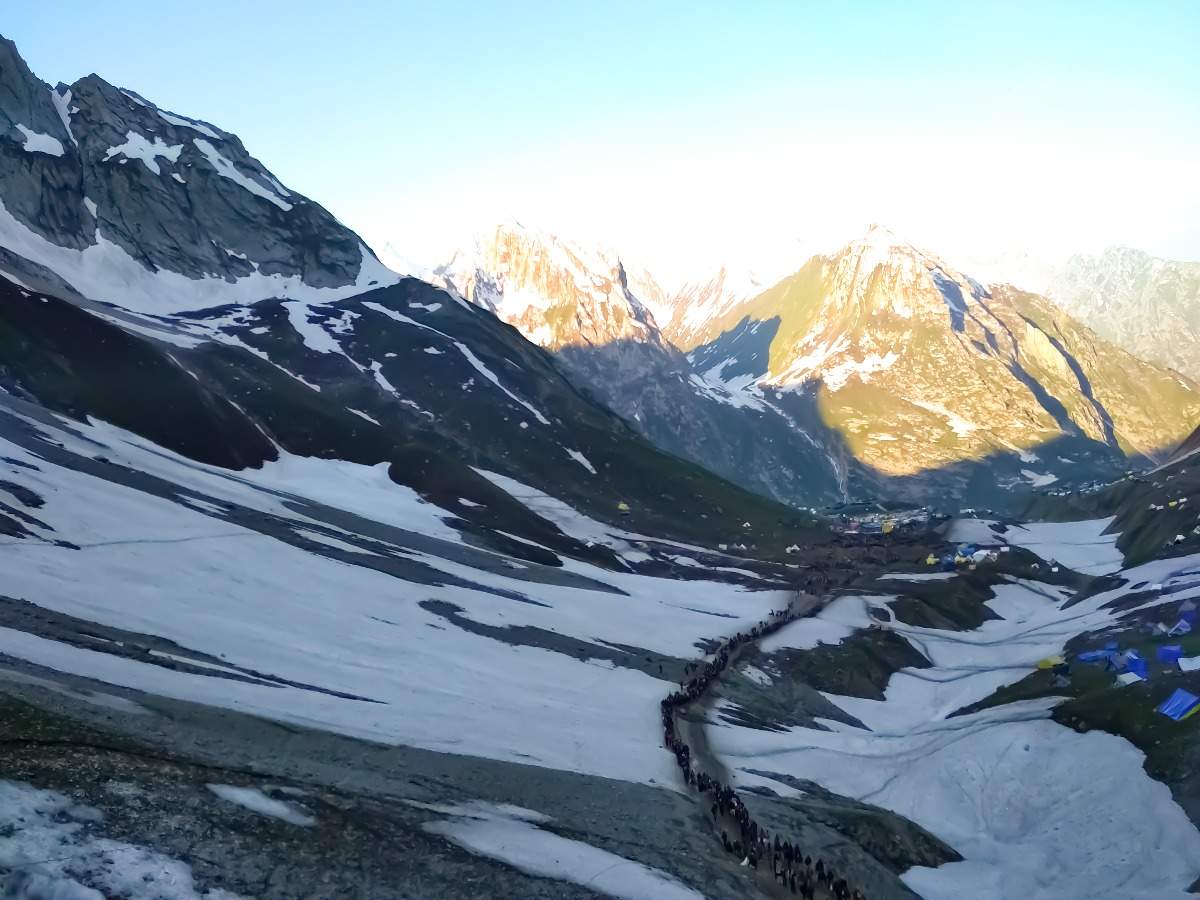 The holding capacity of transit camps must be enhanced, under the jurisdiction of almost 1.22 lakh yatri to this holy pilgrimage. Here you have the cave-bound pilgrims, and the ones that are returning on a daily basis. The Chief Secretary has reviewed the arrangements for the safe, smooth, and secure movement of pilgrims. This is particularly true for Jammu-Srinagar National Highway, Baltal and Chandanwari yatra.

Basic amenities for pilgrims shall be provided here, along with adequate provisions all throughout the route that the pilgrims will take.

The Amarnath pilgrimage is one of the most important ones for Hindus across the world. It is a cave temple located in Jammu and Kashmir, and is at an altitude of 3,888 m. It is mostly covered with snow, except during the summer months when it is opened to pilgrims.

Bali is kicking out tourists who flout COVID rules