When families saw a new mini-waterpark located near a wing of guestrooms at the Sunscape Splash Montego Bay, those rooms became heavily requested and were often sold out.

“Sunscape is our four-star brand … but we spare no expense in technology, facilities and amenities at these resorts because they are as important as our five other brands, including Zoetry, our high-end boutique line,” Coll said.

Apple Leisure Group is investing more than $50 million to upgrade its technology, including web pages, booking engines, access to flights and software programs, according to Coll. The new systems will be rolled out in phases, beginning this fall through next spring.

Even the company’s resort menu selections are being tweaked in terms of restaurant concepts offered by big-name chefs, including Richard Sandoval, who owns 45 restaurants in the U.S., Mexico, Asia and the Middle East and will introduce his concept of Latin American cuisine to several AMResorts properties.

“Without innovations we will not keep our position in the market,” Coll said, mentioning the introduction of overwater bungalows, slated to debut at the 126-suite Zoetry Isla Di Oro Aruba in 2018.

Keeping track of AMResorts’ march through the Caribbean, Mexico and now Latin America is no easy task for agents. The company will have 52 resorts under six brands in three Caribbean destinations (Curacao, Dominican Republic and Jamaica) plus Mexico, Costa Rica and Panama, totaling 19,400 rooms by year’s end, with 11 more openings planned by 2019.

Talks are underway with folks in Eleuthera in the Bahamas; Turks and Caicos; St. Lucia; and Cartagena, Colombia, according to Coll. 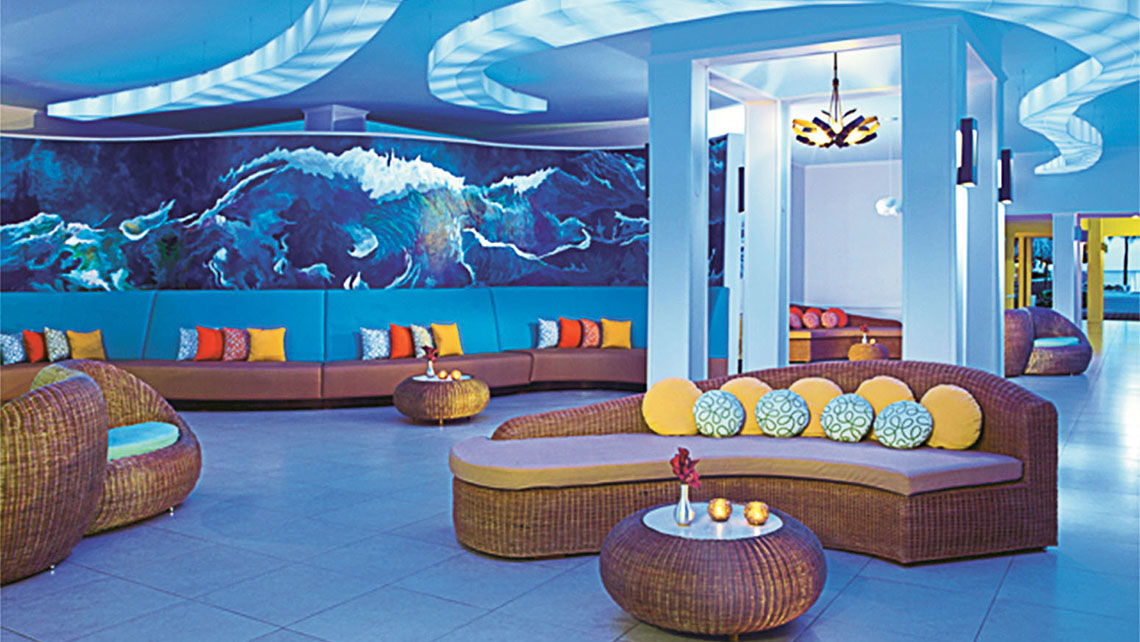 The lobby and reception area at the Sunscape Curacao Resort, Spa & Casino.

Where does Cuba fit in?

“We’ve been operating there as a tour operator through Apple Vacations since 2015 with a number of great packages, but we are limited by the availability of hotel rooms in Havana,” Coll said. “Our true interest is to have our hotel brands in Cuba, and it is just a matter of time.”

Despite the outbreak of the Zika virus, which has affected some bookings in the wedding and honeymoon markets, AMResorts is on track to top 2015’s 20% growth in profits.

AMResorts’ Make a Secret TV campaign was launched earlier this summer to capitalize on the honeymoon and wedding season and was designed to highlight the marriage of romance and luxury at its 15 Secrets resorts.

The two 30-second spots were released in top regional markets and will be followed by a national launch later this year to support the winter travel season.

“The campaign is part of our success this year,” Coll said. “We see the effect on bookings immediately, can compare with bookings in the same period a year ago and see how the bookings have curved upward in response to the campaign.”

Another barometer by which AMResorts monitors its marketplace followers is AMRewards, its travel agent loyalty program launched in 2014 that enables agents to earn points with each booking.

Agents can redeem their points for co-branded marketing materials, gift vouchers for clients and complimentary nights for themselves at AMResorts properties.

“Thousands have signed on to this program,” Coll said. “Our agent partners play a crucial role in our company’s success. It’s a win-win for us and them.”

The current incentive for the agent who books the highest amount of room nights and enters the bookings into the rewards program by the end of October is a three-night stay at the Zoetry Paraiso de la Bonita Riviera Maya in Mexico.

There was speculation in early July that two Chinese companies had expressed some interest in acquiring Apple Leisure.

At the time, the company said that as a matter of policy it does not comment on speculations.

Coll stuck to the policy protocol when queried on the same question recently but did say that Apple Leisure has made “significant progress in building a powerful platform.”

“When it makes sense, we evaluate options for the company,” he said. “Since 2012, when global management consulting firm Bain Capital acquired us, our revenues and profits have tripled.”

Leh airport to expand into a world-class facility