Relationships are central to the cruise industry, and in most instances, it’s the cruise lines that hold the status of senior partner. Whether with vendors, ports or retailers, the lines have — and frequently invoke — the final word.

But in almost all these relationships, there is an end goal of mutual benefit, and the lines recognize that their success is built on the success of partners.

They have, in their relationship with the CDC, a relationship that is stunningly different from the norm. Whereas health authorities in other jurisdictions have sat down with cruise lines to work out ways to sail safely during the pandemic, the CDC has remained aloof, extending and re-extending its No Sail Order from U.S. ports and making clear that, while it will evaluate input from the cruise industry, it is likewise evaluating criteria from other sources, as well.

“We’d like to get into a serious discussion with [the CDC] about this,” CLIA global chairman Adam Goldstein said about the association’s protocol plan submitted earlier this week. “We were able to do that in Europe, and I think it’s served everyone’s needs: the health regulators, the economic resurgence of Europe, and most importantly, the cruises have been successful and healthy. So I don’t want to presuppose what the outcome will be of the dialogue with the CDC, I’d just like to get into the dialogue with the CDC about what we’ve committed to and what they’re thinking and what their expectations are and how we can work through this.”

The cruise lines have, for most of the No Sail period, been sitting quietly on any frustration they may have felt. But the success of Europe sailings, whose timing immediately preceded the deadline last Monday for the lines to provide input to the CDC, put a little wind to their backs. Cruise line CEOs have made media appearances, explaining their plans and hopes.

It’s hard to think it was just coincidental that Florida’s two Republican senators, Rick Scott and Marco Rubio, introduced legislation aiming to accelerate the cruise industry’s return to service the week before the deadline. Called the Set Sail Safely Act, the senators cited the industry’s significant economic contribution to Florida and beyond in introducing the legislation. 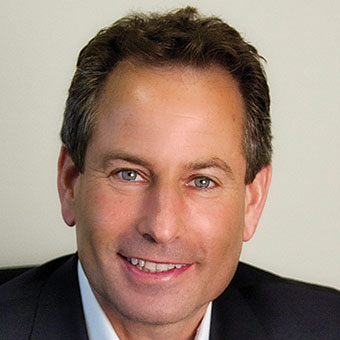 Brad Tolkin, co-CEO of World Travel Holdings, said the success of large-ship cruising in Europe has changed the mindset of the cruise executives he’s in contact with. They have gone from defense to offense.

The Europe sailings are even more encouraging to Tolkin than the revealing of plans or potential legislation. “Seeing is believing,” he said. “We’ve now had a dozen seven-night cruises between MSC and Costa that have gone flawlessly. We can rely on all of the experts and protocols and things on paper, but when you put it into implementation and see that it’s working, I can’t imagine that is not the most significant influencing factor that is taking place.”

Tolkin noted that the recommendations that CLIA and cruise lines submitted to the CDC “mirrored what MSC and Costa are doing” in Europe, such as testing everyone prior to boarding and controlling shore excursions.

He believes those examples, coupled with the industry’s coordinated response on its health and safety plans, will make the CDC respond more positively. When the CDC extended its No Sail Order through September, he noted, “the world was in a different place and cruising still had an unfortunate stain on it.”

The CLIA submissions were similar to those put forward by the Healthy Sail Panel, a team of experts assembled by Royal Caribbean Group and Norwegian Cruise Line Holdings, which came up with 74 recommendations for the safe resumption of cruising.

“For those who are anxious to get back to sailing, and there are millions who are, this is a very important milestone on that pathway,” said the panel’s co-chairman, Michael Leavitt, the three-term Utah governor and former secretary of the U.S. Department Health and Human Services.

The release of the reports and attendant publicity was encouraging for travel advisors, whose businesses have also been greatly impacted by the No Sail Order. If the cruise lines sometimes felt they were on the sidelines, advisors felt they were high up in the grandstands.

“I am very impressed with the efforts of the Healthy Sail Panel, and it looks like a thorough plan,” said Stephanie Serino, a Tzell Travel Group advisor based in Valencia, Spain.

She had been disappointed with what she saw as a lack of engagement between the CDC and the cruise industry, especially from her current base across the pond.

“Sadly, the CDC is not really working with the cruise lines to prepare a protocol for the resumption of cruise operations,” she said. “I certainly hope that the CDC reviews [the Healthy Sail Panel’s plan] and engages with the cruise industry to resume operations. I think [the Europe cruises] show it is possible for government authorities and cruise lines to work together to design effective protocols to make cruising safe.”

Tolkin said the situation may finally be at a turning point. “MSC has done it, Costa has done it, and as an industry, we can do this: We can sail people safely and they can have a great time and we can get back on track. It can be expanded. And I think the CDC is going to acknowledge that.”

And while many industry stakeholders have wondered why that relationship has not been better, Lori Pennington-Gray, director of the Tourism Crisis Management Initiative at the University of Florida, said that the lack of public-private relationships often becomes a challenge in a time of crisis. Making sure “those lines of communication are open and that there is ongoing dialogue,” is critical, she said.

“In general, across the board, coronavirus has heightened the attention that this is necessary,” she said, and is a great example of why these partnerships and relationships need to be established prior to a crisis happening. She hopes this will be a lesson the travel industry learns.

“What we don’t see right now is what that next big crisis might look like and whether those partnerships need to be strengthened and those ties more formalized so that it becomes an easier conversation when they are in the response phase of the crisis,” she said.

For sure, there have been lessons learned by everyone in and connected to the cruise industry. What the lines and their partners, most still idle for now, still don’t yet know is when sailing will resume from U.S. ports. It will be at that moment that the lines can truly reflect on what they might have done differently — and whether it would have made any difference.

Update: This report was updated Sept. 24 to make an adjustment to a time reference.

With Alaska season on the ropes, lines challenged on cabotage law

No place for Fascination and Imagination at Carnival