Carnival Corp. CEO Arnold Donald said that the cruise
company does not need a cash bailout.

“We don’t need a bailout in terms of giving us money,”
Donald said on HBO’s “Axios” documentary news program. “A loan guarantee
would be helpful.”

“This is taxing for every industry,” Donald said. “There are
a lot of jobs at stake here. We have 150,000 employees from over 145 countries.
We’re looking for support primarily for those people who are being touched.”

In a follow-up report on the video,
Axios markets editor Dion Rabouin said that Donald mentioned all of the
tertiary business that the cruise industry touches.

“One reason we are interested in sailing again as soon as is
practical is because we touch so many small-business owners around the world
and here in the United States,” Donald said. “It’s really important that those
tens of thousands of people who are dependent on our industry — travel agents,
small-shop owners, taxi drivers, etc. — all have an opportunity to make a
living.”

Rabouin asked Donald if Carnival Corp. should have halted
cruising sooner than it did. Donald said that the Diamond Princess outbreak
happened very early on in the crisis. 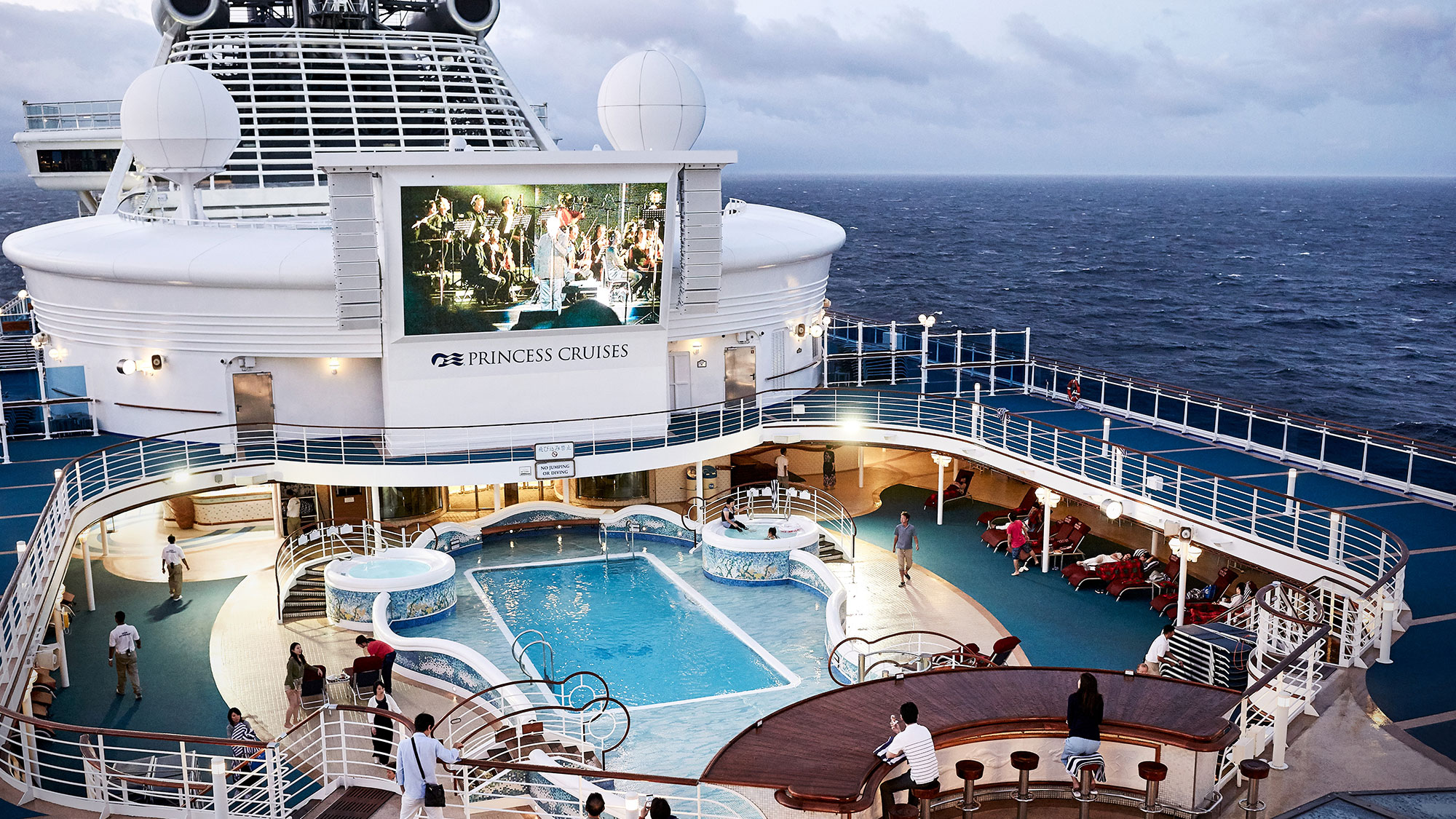 The Diamond Princess had a highly publicized coronavirus outbreak and quarantine in February.

“We have hundreds of cruise ships, very few had cases on
them,” he said. “The one that had the most cases was very early on when no one
understood hardly anything.”

“With 20/20 hindsight, could everyone had done something
sooner? Perhaps. But it was an evolving, learning situation,” he said.

Donald said that the company is prepared for a cruising pause
to last for the rest of the year, but he thinks the industry will come back
stronger.

“We hope this thing is not going to last forever,” he said. “We
have to plan as if it’s going to last all year. I think cruises will ultimately
be even better than what they were before. And people love cruising. Even up
until the day we paused, people wanted to cruise.”

Royal Caribbean CEO: You’re Safer on a Cruise Ship Than on Main Street

Carnival Horizon a ‘Vista Sista’ but with notable differences