Carnival Corp. has created a new Bluetooth-enabled disc that
will replace and augment plastic key cards on future ships and be the
underpinning for a variety of new ways of doing things on cruises.

The disc, called the Ocean Medallion, will be unveiled by
Carnival Corp. CEO Arnold Donald in a keynote speech at the Consumer
Electronics Show in Las Vegas on Jan 5.

A Carnival team has spent more than two years designing the
Ocean Medallion, the brainchild of John Padgett, who joined Carnival in 2013 as
the company’s chief experience and innovation officer.

Padgett, previously a vice president at Walt Disney Parks
and Resorts, was one of the chief architects of Disney’s MagicBand bracelet.
The Ocean Medallion will function in a similar way to a MagicBand, but it is
more evolved and adapted for use on a cruise ship rather than a theme park.

The Ocean Medallion, whether worn as an accessory or simply in a purse, will function as a room key. A sensor reads the medallion’s Bluetooth signal as the guest approaches.

The first brand to use the Ocean Medallion will be Princess
Cruises, which will outfit three ships to use the device. The debut is set for
Nov. 12, 2017, on a Regal Princess cruise from Fort Lauderdale.

Although it will provide room access, payment capabilities
and security functions, the Ocean Medallion is envisioned as the foundation of
a far-reaching change in how guests experience their cruise.

Its breakthrough feature is the ability to offer guests
services that are more personally relevant by learning from the choices guests
make in food and drink, shore excursions, ship activities and merchandise
purchases.

“We don’t think this is a game-changer for the cruise
industry or the travel industry, but we think for the entire service industry,”
Padgett said before a demo of the product. “Because no one in the service
industry will be able to react as personally or without friction as we will be
able to do with our medallion.”

To make it work, Carnival will install thousands of sensors
throughout each ship that read the medallion’s Bluetooth signals. The discs do
not have to be paired with the sensors and do not have to be tapped or touched
to any other surface to function.

The medallions will work in tandem with a mobile app called
the Ocean Compass, which will be the storehouse for most of the guest’s data.
The medallion itself is more of a signaling device that creates a “service
aura” around the guest, Padgett said.

The Ocean Compass can be accessed through a guest’s mobile
device, but doesn’t have to be. It will also be enabled by a medallion’s
proximity to hundreds of “portals” around the ship, typically 55-inch
or 80-inch screens in elevator lobbies and elsewhere.

There will be a smaller, personal portal at the entry to
each stateroom, and the in-cabin TV screen will also function as a portal.
Servers will have tablet devices with their own Compass. 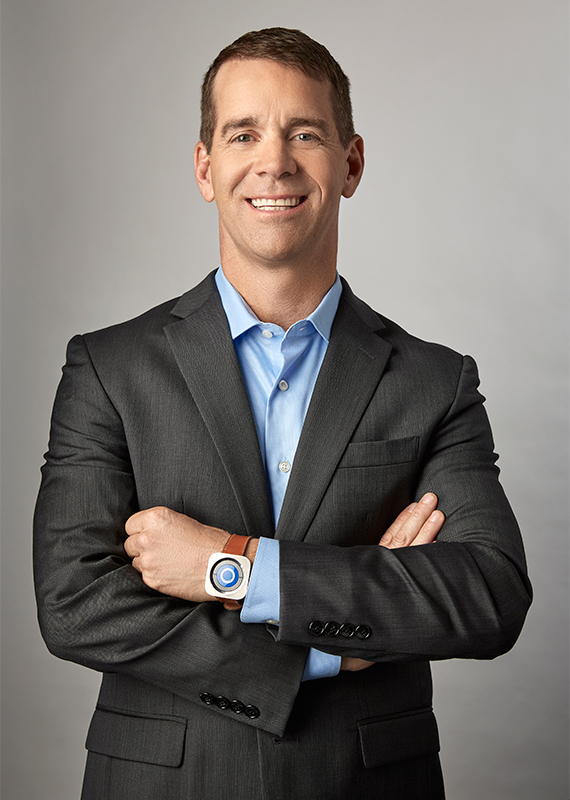 The Ocean Medallion is the brainchild of John Padgett, who joined Carnival Corp. in 2013. He previously was one of the chief architects of Disney’s MagicBand bracelet.

This will enable much more personalized and intuitive
services, Padgett said. For example, guests can order a drink anywhere on the
ship using the Compass, and a waiter will find them because he can locate them
with the medallion and identify them with photos stored on his Compass. Payment
is paperless.

The guest’s Compass can suggest a drink when he passes by a
bar on the ship, based on preferences entered or previous drink orders. Food
and merchandise can be handled the same way.

Also, guests can order a drink or food to be delivered at a
certain time. And the services will be functional at some ports of call,
initially at Princess Cruises’ private island in the Bahamas, Princess Caye.

Signals from the medallion are encrypted, so that if they
are intercepted they won’t be useful, Padgett said.

Shopping, gambling, shore excursions, the photo gallery and
embarkation are the other activities that will be most changed by the
medallion.

The device will also be a catalyst for larger changes. For
example, Carnival plans to redo its terminals, initially in Fort Lauderdale and
Miami, to make them calmer and more lounge like, promoting them as areas for
passengers to plan meals and shore excursions pre-embarkation using the
medallion.

Content from Carnival’s recently launched Saturday morning
TV shows will be heavily integrated into the Compass, part of an emphasis on
greater story-telling that Padgett brings from Disney.  A new show, Good Spirits, will be launched
and there will be a Good Spirits bar created on the three Princess ships, which
in addition to Regal will include the Royal Princess and Caribbean Princess.

The medallions, about the size of a quarter and weighing 1.8
ounces, will be included with the fare and can be mailed to the guest’s home in
a gift box, or picked up at the pier. Carnival will sell a variety of
accessories to hold them, such as watchbands, pendants and bracelets.

Carnival will encourage guests to file all their embarkation
data from home before the cruise. If they do, using the medallion they will
simply be able to go through port security and walk on the ship.

Using a format borrowed directly from Disney, “ocean-ready”
passengers will go through a green lane at the terminal, while those with some
issues will be diverted to a blue lane.

Guests will be encouraged to create a digital avatar called
a Tagalong, which will be used in playful ways to encourage and promote greater
personalization and engagement in the guest’s chosen cruise.

Other cruise lines have previously debuted versions of
activities enabled by the medallion/app combination. Celebrity Cruises, for
example, has mobile gaming, which Carnival will introduce as a new activity on
medallion-enabled ships. Royal Caribbean’s Quantum-class ships bristle with
technology, including WOW Bands, which have some of the functions of the Ocean
Medallion.