Carnival Cruise Line offered a — virtual, of course — behind-the-scenes look at the making of its upcoming newbuild, the Mardi Gras, currently under construction in Finland.

With photos and videos of the finishing touches being put on many of the ship’s public spaces at the Meyer Turku shipyard, the line said it wants to give fans a chance to go beyond what the Finnish call “paasy kielletty,” meaning “no admittance.”

Videos and photos include scenes from the Cuban-themed Havana Bar; the largest Camp Ocean kids play area in the fleet and the adjacent Dr. Seuss Bookville; Limelight Lounge, which will feature live music and other entertainment; and the ship’s Cloud 9 Spa, among the largest health and wellness centers at sea.

… and the Camp Ocean area.

Scheduled to debut in February, workers at the yard are finalizing the installation of Bolt, the first roller coaster at sea, 2,600 cabins, and six themed “zones” that will have restaurants from chefs Emeril Lagasse, Guy Fieri and Rudi Sodamin and basketball star Shaquille O’Neal.

Deck 4 is home to the largest Camp Ocean kids play area in the fleet and the adjacent Dr. Seuss Bookville, part of the line’s exclusive partnership with Dr. Seuss Enterprises. 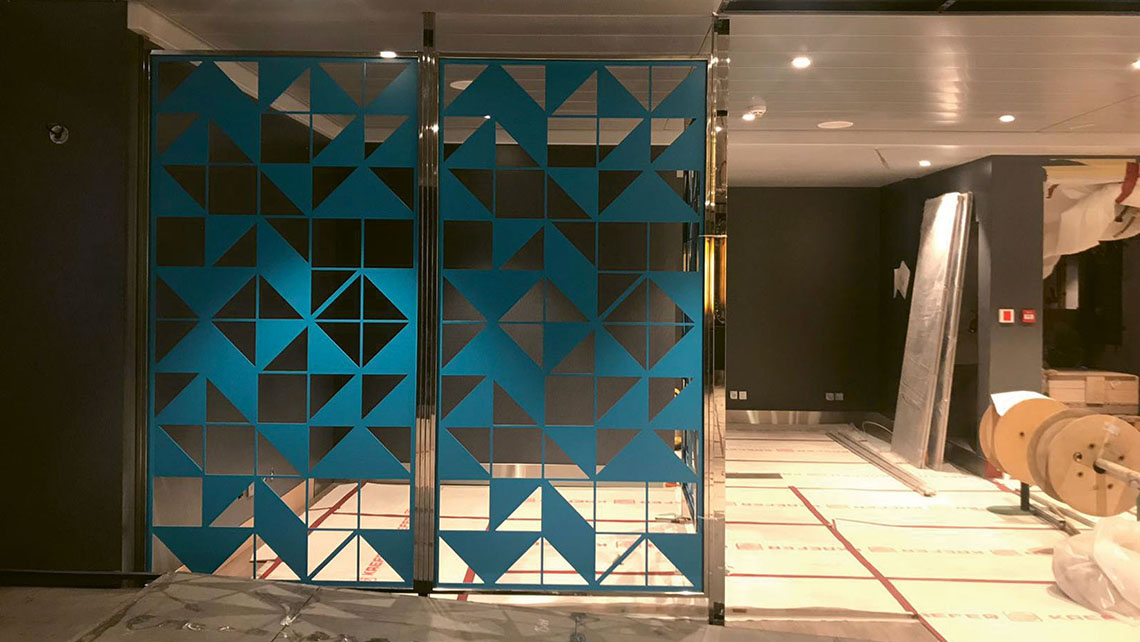 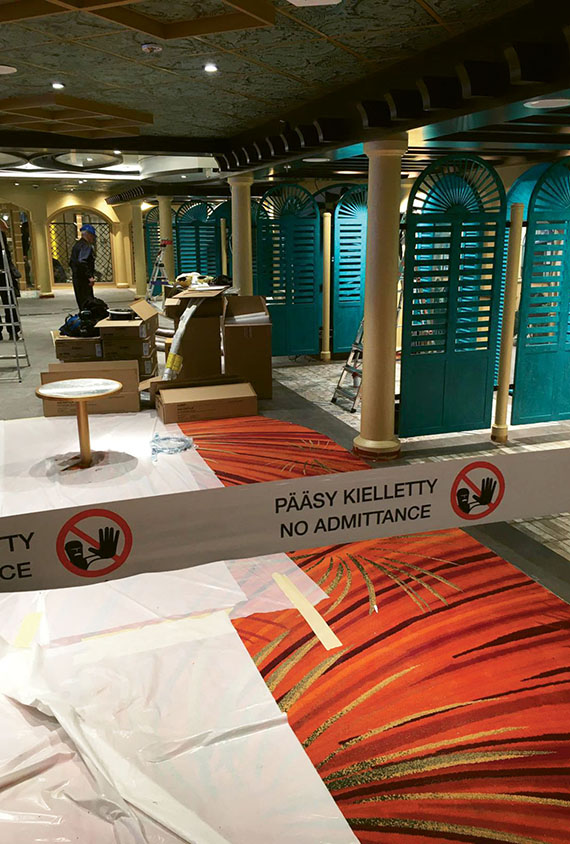 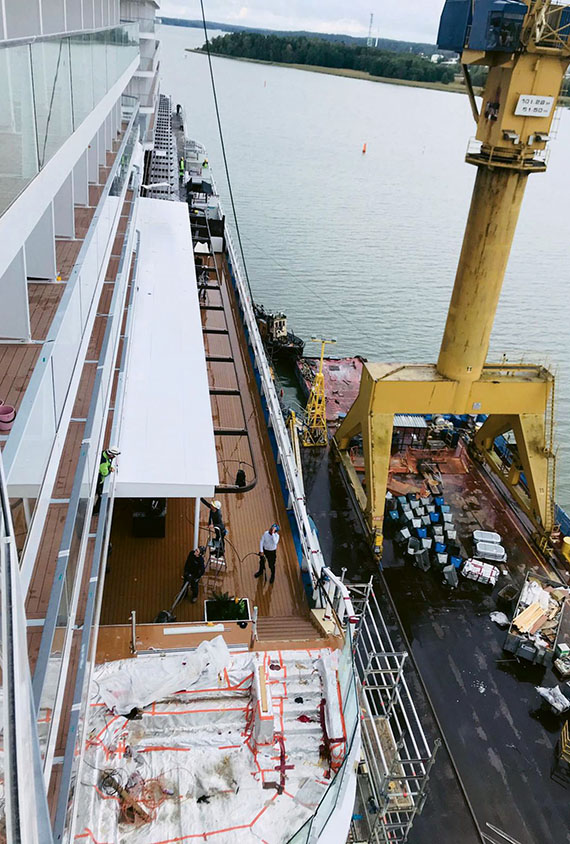 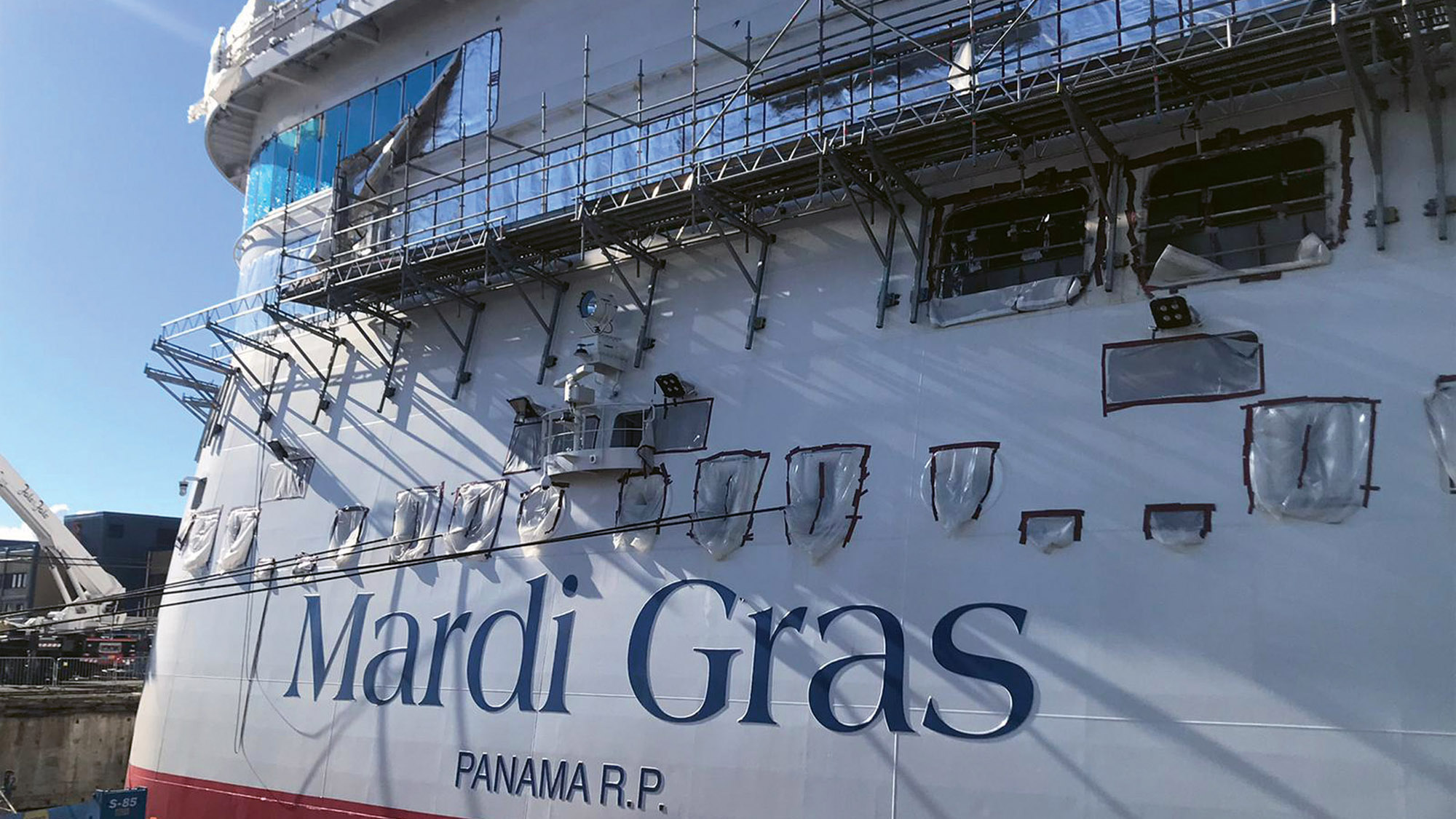 The exterior of the upcoming Mardi Gras ship, under construction in Turku, Finland.

The Mardi Gras will be the first ship in North America powered by
Liquefied Natural Gas when it enters service on Feb. 6 from Port
Canaveral, Fla. on weeklong itineraries. It has twice been delayed:
Carnival last December postponed the ship’s debut from Aug. 31 to Nov.
14 because of a construction delay at the shipyard in Finland. It was again pushed back due to the Covid-19 pandemic.

Carnival Spirit to sail from Brisbane in 2020