Thanks to a combination of factors, both indirect and direct, Hawaii has entered the new year with high expectations for tourism in 2018.

2016 broke records for total visitors and spending, and 2017 is expected to eclipse those marks when final figures are released. And 2018 is predicted to be a third consecutive record-setting year, according to the Hawaii Department of Business, Economic Development and Tourism.

David Hu, president of Classic Vacations, is among those bullish on the Hawaii market for 2018. Hu has been with the company since 2006 and also served on the Hawaii Visitors and Convention Bureau board of directors from January 2013 to January 2015.

Hu spoke with contributing editor Tovin Lapan about what he expects in the year to come, trends to watch and how he would approach building a healthy Hawaii client base.

Q: How do you see Southwest’s entry to the market and increased air coverage to Hawaii affecting rates and travelers in 2018?

A: I think it will definitely be a net positive. More air seats are always a bonus for consumers.

While the Caribbean has had JetBlue as a low-cost carrier and has allowed for more competition, Hawaii has gone through its cycles, and there was a time when airfares spiked up to $900 or $1,000. One of the first things consumers look at is airfare. They ask themselves: Where can I go with a family of four and not break the bank with airfare?

For a while that could be a high barrier for entry into Hawaii, but the last couple of years it has moderated. We have Alaska Airlines flying to Hawaii and adding flights with the Virgin acquisition. Any additional flights and capacity only helps, and right now that capacity is being absorbed. I think it’s great for the destination.

Q: What about the impact of the closing of interisland carrier Island Air?

A: Island Air’s market share has always been on the lower side. I don’t know what Hawaiian Airlines will do with their pricing without the competition, but I think there would be a backlash if they start price gouging. So much of the interisland traffic is the local market, the overall impact would hurt residents, and that would be unpopular. I think the overall impact will be low, especially because so many more flights are going direct to neighboring islands. You can fly straight into Kona or Kauai from a lot of places now, when historically you had to go through Honolulu. For those doing multi-island hops, it does have the relative impact of decreasing capacity.

Q: In terms of tourism infrastructure and amenities, where is Hawaii lacking?

A: Overall, outside of the airports, I don’t see many tourism-specific items that need improvements. Air infrastructure will need to improve. The government wants direct flights from Asia into the regional airports, and that’s something that will need to be sorted out. If you start bringing in the larger-capacity planes like the 787s, and you are bringing in more people, you will have to alleviate some of the security and other bottlenecks. They’ll need more space, more places to eat, and they’ll want to make that experience much more pleasurable. After all, the airport is the first impression when they arrive and last impression when they leave.

I think in Honolulu they take the domestic arrivals a little for granted. When you fly in internationally, from Japan or wherever else, they do it up a little bit and the arrival experience is nicer. With the domestic crowd they expect your goal to be to get to the beach as fast as you can, and the terminal is not as nice. Once you start having delays and people sitting around in the terminal, it doesn’t go for a good experience. 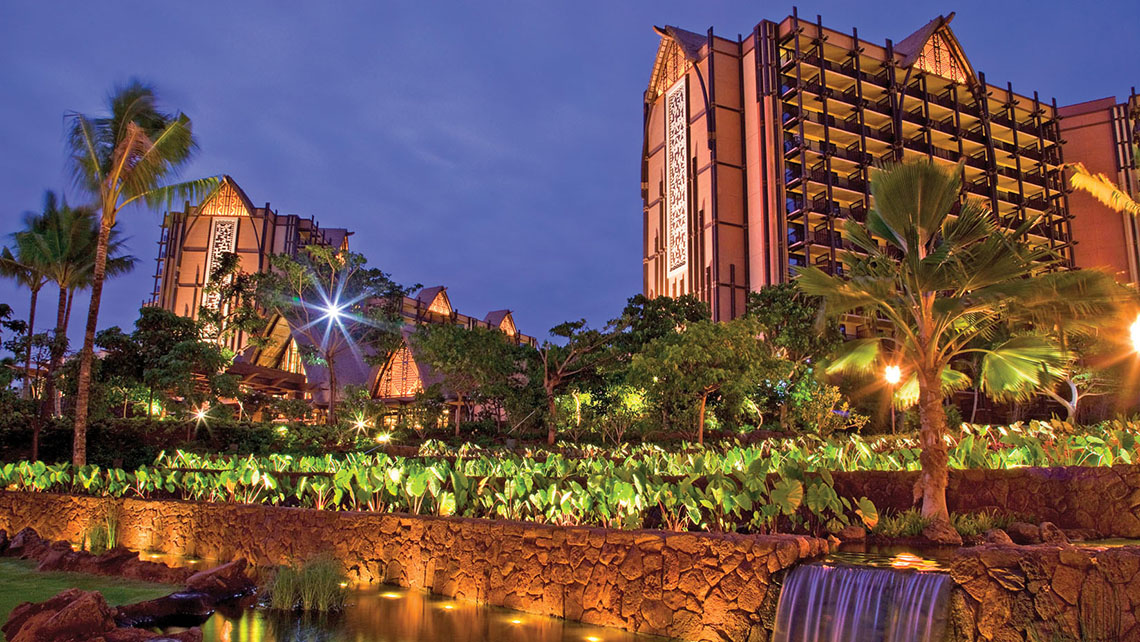 Disney’s Aulani on Oahu is a good bet for families, especially for those with children under age 12.

Q: What Hawaii properties are the hot spots for families right now?

A: Oh, there are so many of them. In Maui, the Fairmont Kea Lani has great suites, and I just sent one of my best friends there with his family. They have a lot of great family-friendly properties in Maui. At the Honua Kai, the condos are set up with multibedroom accommodations, and you have access to Kaanapali. The Wailea Beach Resort recently made big renovations to its pools and has great programs for kids and features like the movie room. And Disney’s Aulani on Oahu, that is the family mecca, especially for kids under 12 or 13. It’s predominantly for younger kids, but it’s such a family-geared resort.

Those are some of the obvious choices. I’m actually taking my family to the Big Island in hopes of seeing the lava flowing in 2018. We’ve never seen the lava flow. Out there, the Fairmont Orchid and Mauna Kea are fantastic for families.

Q: What about for couples/romance?

A: The Four Seasons Lanai is a popular place for romance. I personally haven’t been there, but it seems like the perfect place to go with the wife and not be bothered. On Waikiki the Halekulani is always great for couples. It’s right there in the heart of Waikiki where there are so many things to do, but you still can feel secluded. Hotel Wailea on Maui opened a couple years ago and is an all-suite, adults-only boutique hotel.

Q: How would you advise travel agents to approach the Hawaii market?

A: There are two parts to this. Classic Vacations is based on the West Coast, so it isn’t as hard for us to go to Hawaii as a destination. For the rest of the country, it’s a little harder and a bit of a dream spot for those who’ve never been. I definitely think there is a way to market to the never-beens and those who see it as a dream vacation. You approach it by marketing all of the things that make Hawaii special — the aloha spirit and distinct culture.

Honeymooners are in the mindset of taking their dream trip to paradise. So that’s one group to go after. You get them hooked on the destination, and then they have something like a 70% repeat visitor rate. You take that repeat rate and stratify it by point of origin, and you build up a base of clients from the East Coast, Midwest and other secondary areas other than the West Coast. Then you sell the repeat visits.

Establish and build on the first demographic. Then, once you get them there, build up a base of repeat visitors. 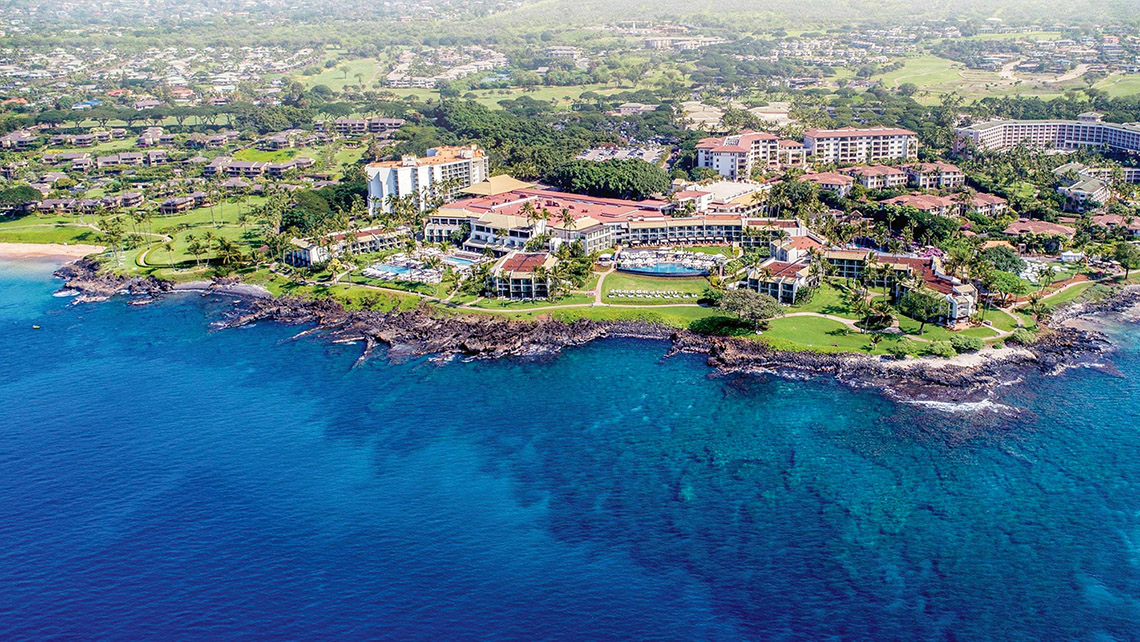 The Wailea Beach Resort on Maui, where the pools were recently renovated.

Q: What other areas of tourism would you advise Hawaii agents to focus on?

A: I’d sell adventure activities. There are so many things you can do and such variety. You can go to the Mauna Kea observatory, and there’s also snow up there. You can go see the lava. There’s horseback riding, skeet shooting, hiking, waterfalls, diving … so much you can do.

The other area I think is good for targeting is foodies. There are so many fantastic foods, restaurants, festivals and other things you can promote. It’s about getting people to the Islands first, and then they can start learning more about it. They arrive and they see they can go to Nobu, Alan Wong’s … it runs the complete gamut. It’s a little hard to sell travelers on that aspect, but once they are there for the first or second time, they start to understand the full offering. I think some visitors do get stuck at the resorts, and because they don’t plan they miss out on eating a lot of different, interesting things. There is so much good food and many new, amazing restaurants to try.

A: I think the travel alert for Mexico and the closing of some Caribbean destinations due to hurricane damage is leading to an increase in Hawaii demand at this point. From our perspective, three to four islands in the Caribbean were lost completely in terms of booking travel. Others are coming back on line, but Puerto Rico is still recovering and it’s a hub for the Caribbean. We’ve seen a discernible shift from Mexico and the Caribbean to Hawaii.

Overall, the market is strong, knock on wood. Barring externalities like terrorism or a stock market crash, consumer sentiment is strong and looking good for 2018. Historically what you’ve seen is cyclical shifts, and Hawaii is super strong at this time.

If our government gets in a big tiff with whoever in Europe, invariably you’ll see travel drop off. So you never know what events may affect travel. Hawaii is doing very well. A lot of people in the U.S. don’t have passports, and Hawaii offers a safe, exotic, domestic location.