Going forward, all efforts to preserve the ocean liner United States will focus on some sort of stationary use, rather than on trying to revive it as a working cruise ship.

Susan Gibbs, executive director of the SS United States Conservancy, said the recent decision by Crystal Cruises not to pursue cruising, following an extensive technical study, revealed the difficulties of that plan.

“Crystal really gave it their best shot,” said Gibbs, the granddaughter of the ship’s designer.

“To basically adapt a long, sleek racing hull designed and built to forge across the North Atlantic at high speeds through all kinds of weather, to convert that into a modern cruise ship product posed a number of technical challenges,” she said.

Built in 1952, the United States made the fastest transatlantic sailing ever, a record that still stands, but it was laid up in 1969 and has been moored idle at a dock in Philadelphia for two decades.

Crystal paid the ship’s maintenance costs for six months while studying the feasibility of restoration. It concluded, among other things, that it would need to rebuild about 25% of the hull to give the ship a modern propulsion system.

Its decision this month to pass on the project makes it the third cruise company to do so, following Norwegian Cruise Line in 2003 and Royal Caribbean Cruises Ltd. in the 1990s.

Gibbs said the conservancy is now pivoting away from cruise lines toward developers that might be interested in operating a hotel, a museum or a mixed-use venue.

“We suspect that it will be too heavy a lift to return the ship to seagoing service,” she said.

On the other hand, Gibbs said, the structural studies undertaken by Crystal should offer encouragement to potential buyers.

“They performed extensive feasibility assessments that indicated the ship is still remarkably sound, given that she was withdrawn from service in 1969,” Gibbs said. “So there’s still a tremendous amount of potential for the ship’s adaptive reuse.”

There are several examples of liners being reborn after ending their days on the high seas. 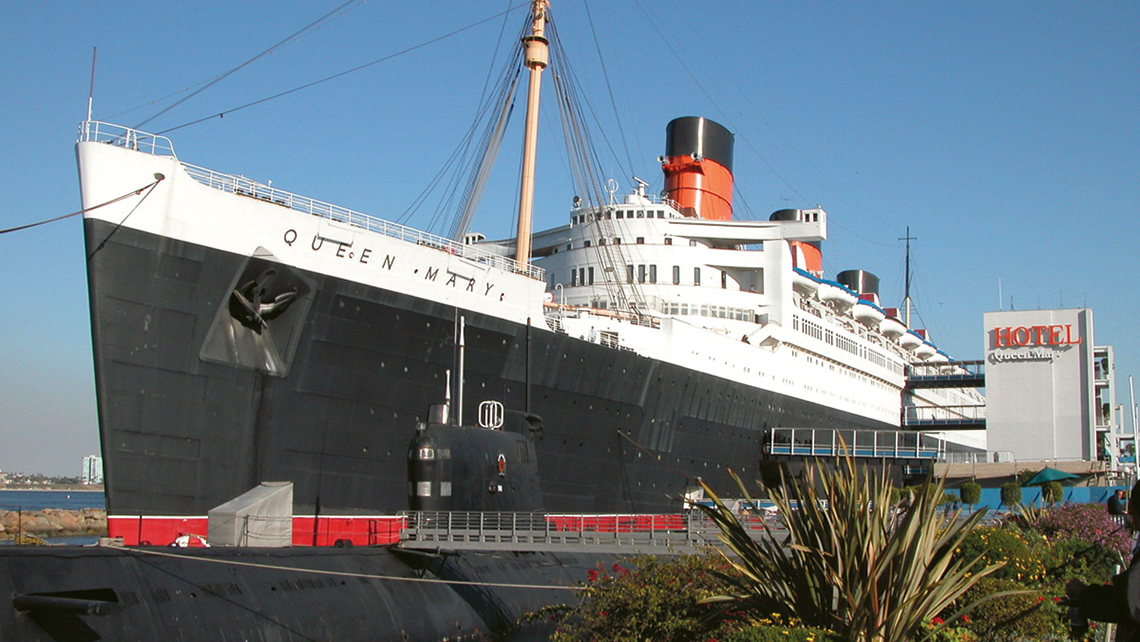 The Queen Mary has been in use off and on as a hotel in Long Beach, Calif., since 1972.

The best known is the Queen Mary, the former liner that Cunard Line retired in 1967 after 1,000 transatlantic sailings. It was then moved to Long Beach, Calif., where it has served off and on since 1972 as a hotel for Hyatt and several other brands.

In Europe, the Rotterdam, the fifth ship to bear that name and the last liner built for Holland America Line, was transformed into a museum and floating hotel in 2010.

The Rotterdam, built in 1958, draws about 500,000 visitors a year to the Port of Rotterdam in the Netherlands, where it is docked. Owned and managed by WestCord Hotels, the ship is ranked 11th of 53 hotels in Rotterdam by TripAdvisor.

Peter Knego, a cruise journalist and proprietor of MidshipCentury.com, has stayed in both ship hotels. He said the Rotterdam, restored at a cost of about $283 million, works better than the Queen Mary as a hotel because its rooms were rebuilt to offer modern functionality, while the Queen Mary’s rooms were left largely intact as the staterooms they were originally.

A big part of the expense of restoring the Rotterdam was removing asbestos insulation, a feature of most ships built before awareness of the health hazards posed by the fire-retardant material.

Knego said that step has already been taken for the United States when it was largely gutted in 1996.

“The bad news is everything’s stripped out,” Knego said. “The good news is all the asbestos is gone.”

Because the interior decor was largely fashioned from steel and aluminum, rather than more traditional wood panels and etched glass, Knego said it wouldn’t be hard to recreate.

“A lot of the artwork still exists in private collections. It could be possible to get people to loan some things,” he said.

The Rotterdam is ranked 11th of 53 hotels in its namesake Netherlands city, according to TripAdvisor.

Gibbs and Knego agreed that the ideal location for a restored United States would be on New York’s waterfront.

“It’s fair to say there are very interesting and promising sites that we are looking at closely in New York and elsewhere,” Gibbs said.

She said that to save the ship from salvage two things will have to happen in tandem: Investment capital has to be raised, and a permanent location has to be found.

“To me, it’s one of the most innovative, exciting, unique real estate projects in the country right now,” Gibbs said. “Because the ship has approximately 500,000 square feet of usable space, one can imagine a variety of very exciting uses of that space.”

For example, she said, in New York, it could provide space for tech companies, a museum, retail and/or hospitality enterprises.

“You can imagine a bar evoking the grandeur of the transatlantic liner era,” she said. “The package of these offerings could be incredible.”

United Airlines Will Remain Half Its Size Until Vaccine Is Widely Distributed: CEO