MONFALCONE, Italy — MSC Cruises showed off the unfinished
structure of its MSC Seaside last week, asserting it will restore a connection to
the sea that has increasing been lost as cruise ships have grown bigger.

The vessel is 10 months from delivery, and as media from
throughout Europe and the Americas tramped through it, more than 2,500 workers
from the Fincantieri shipyard and its contractors were welding, hammering,
threading cables, putting up insulation and doing other tasks needed to turn
bare steel into a cruise ship ready for passengers.

On a gloomy winter day in northern Italy, Gianni Onorato,
the CEO of Geneva-based MSC, radiated a sunny confidence that the Seaside was
the ship that would reset MSC’s fortunes in North America and elsewhere.

“2017 will be an important year for us,” Onorato
said, as the ships that were first commissioned after he assumed his job in
2013 finally come into service.

The Seaside’s design is a departure in several ways, but
perhaps the most important change is a broad promenade on Deck 8 that will
bring many top-deck activities down to a level that will be, if not even with
the water, a lot closer to it.

Onorato said that the Seaside will be the largest ship ever
built at Fincantieri, with 19 decks and capacity for 4,176 passengers at double
occupancy.

If Seaside were designed as other big ships are now, most
passengers would miss the essence of what a cruise is about, Onorato said.

“We are trying to connect the guest with the sea like
we have never done in the past,” he said.

Plans call for an uncovered promenade more than 20 feet wide
to wrap around the aft of the ship and continue to its middle, where a curved
glass catwalk will connect it to an equally broad promenade to the bow.

As in the design of recent Norwegian Cruise Line ships,
there will be restaurants and bars with an indoor/outdoor setup.

But on the Seaside, the fitness center and spa will also
connect to the outdoors, permitting classes and spa treatments in the open air.

Maurizio Cergol, Fincantieri’s senior chief designer, said, “In
huge vessels nowadays, the passengers see the sea just from the top, far away
from the marine environment. By bringing this place lower, you allow people to
fit better in the environment and also to compare a sort of connection between
the inside volume of the vessel and the outside.” 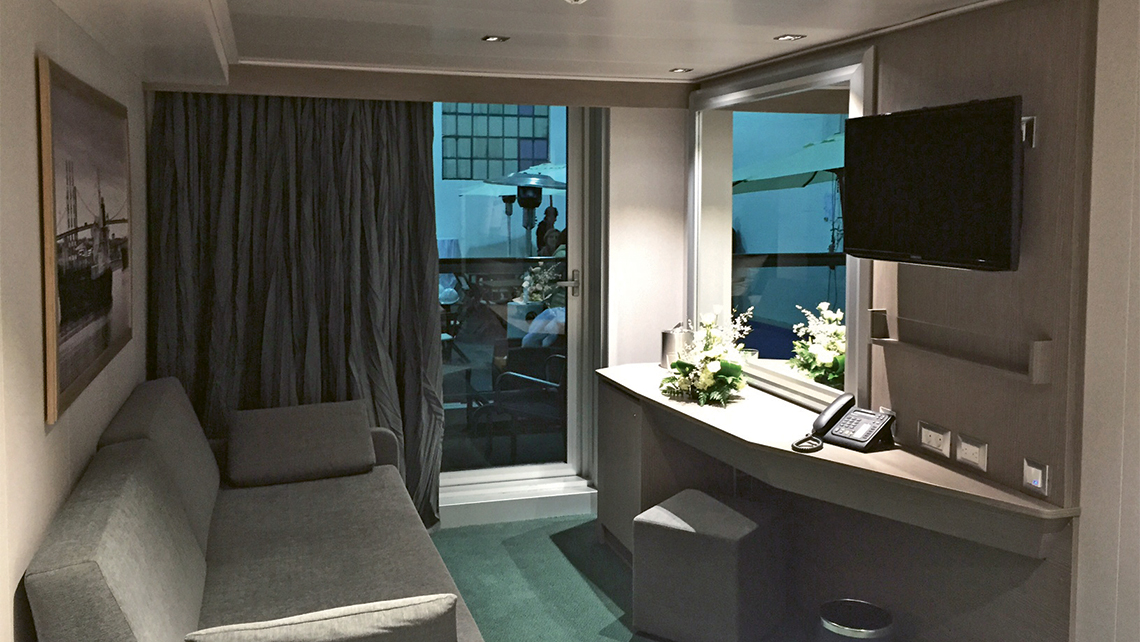 The main Lido deck buffet will be on Deck 8, rather than
topside.

As in the design of Carnival Cruise Line’s Carnival Vista,
also built at Fincantieri, there will be an aft pool at the promenade level.
But the deck surrounding it will be more expansive.

The staterooms at the aft have been pushed forward to create
an open volume of space that will give the Seaside a different profile than
other ships of its size. Cergol said the vessel’s aft mimics the look of a
Miami Beach condo. There will be two express elevators that speed passengers
only between the aft pool and the top deck, another innovation.

The top deck itself will also look much cleaner and less
cluttered than the current fashion. There will be a waterpark and slides, but
for the most part the top deck is flat, open space.

Also contributing to the Seaside’s distinct look is the
relocation of the engine room to the middle of the ship from the aft, bringing
the single funnel forward.

The lifeboats on the Seaside are tucked under the Deck 8
promenade, both hiding them and bringing them closer to the water for practical
evacuation.

Onarato also detailed extensive plans to bring high-tech
communications to MSC, with devices and systems similar to those on Royal
Caribbean International and soon coming to Princess Cruises. 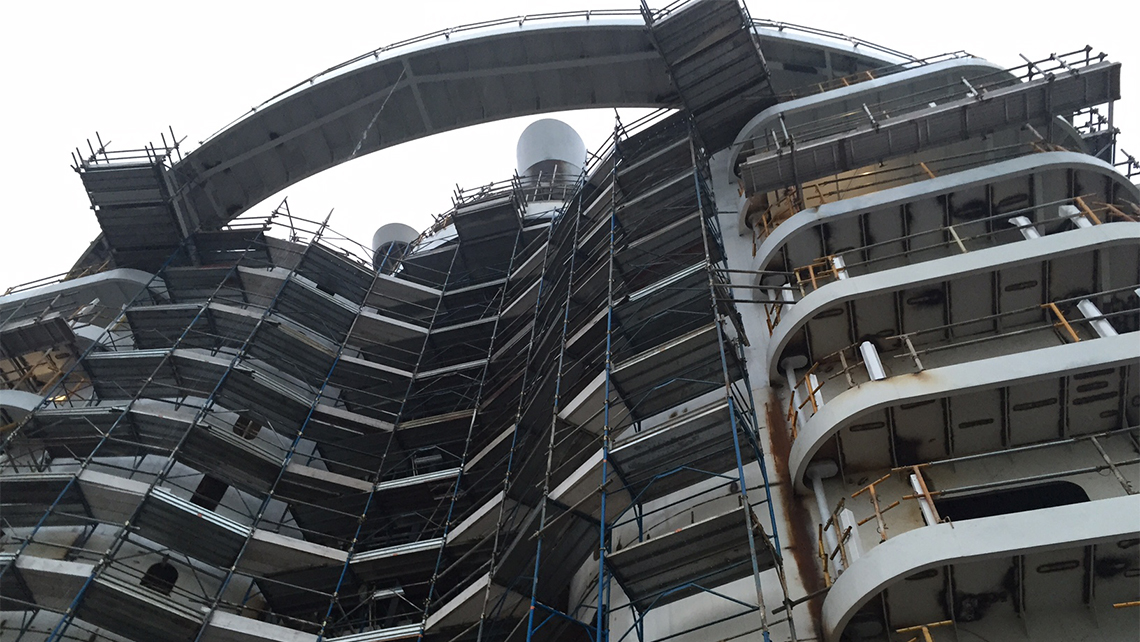 After the tour, several VIPs said they were excited about
the Seaside.

“We couldn’t be more honored for MSC to have chosen
Miami to deploy such a beautiful ship,” said Kuryla, who has budgeted $40
million for a renovation of the port’s Terminal F as a dedicated space for MSC.

“I think it will draw a lot of families, and the price
will be right for families,” said Nancy Bogert, a top producer for Cruise
Planners in Williamsport, Pa.

“I’ve got a lot of people on it in January, and I’ll be
interested to hear what they’ve got to say,” she said.