Key stakeholders in the U.S. travel industry said that a
reinstatement of visa requirements on Americans traveling to Europe, which the
EU threatened Thursday, would have dire consequences just as the European
travel market is starting to rebound from post-terrorism drops in visitors.

In the latest development in a three-year transatlantic
dispute, the European Parliament called on the EU to reinstate visa
requirements for Americans traveling to Europe, “given that Washington
still does not grant visa-free access to nationals of five EU countries.”

The Parliament urged the Commission to adopt the necessary
legal measures “within two months,” a deadline that would impose new
visa restrictions just ahead of Europe’s summer high season in a year when
travel companies are reporting a robust resurgence in bookings to Europe
following a sluggish 2016.

Trafalgar announced last week that for the first time in
more than 15 years, it was able to lock in 100% of its summer 2017 departures
to Europe because of a “crazy volume” of bookings. Trafalgar reported
that it is on track to beat every year since 2007, not least because of the
strong demand among consumers to hop the pond.

River cruise lines have also reported that they are on track
for a record year of European river cruise sales. Avalon Waterways said it has
experienced a “surge” in first-quarter bookings, and Viking River
Cruises said its bookings are “very strong” so far this year.

“Conditions are so good right now for travel to Europe
— exchange rates, airfares, consumer confidence — that it would be a shame to
put a damper on that demand,” said Steve Born, senior vice president of
marketing for the Globus family of brands. “A visa requirement to Europe
for U.S. citizens would likely have a negative impact on the current momentum
to Europe. Visa requirements in other areas of the world have shown that the
extra time and money required to apply for a visa are an obstacle.”

Nationals of five EU member countries — Poland, Croatia,
Bulgaria, Romania and Cyprus — must obtain entry visas to visit the U.S. The
citizens of the other 23 EU member states can enter the U.S. through the Visa
Waiver Program.

A U.S. State Department official, speaking on background
last week, said the U.S. was maintaining an open dialogue with EU officials as
well as with the member states that so far have not met the requirements to be
part of the waiver program. The official said those nations’ talks are in
various stages of progress.

The EU sent an initial warning to the U.S. and four other
countries with visa reciprocity issues in 2014, giving them a two-year warning
period to resolve the issue before action was taken. Those other countries —
Australia, Japan, Brunei and Canada — all became reciprocal. The latest was
Canada, which said it will lift its visa requirements for Bulgarians and
Romanians on Dec. 1.

When the two-year deadline came and went last year, the EU
ended up taking no action. At that time, Europe’s travel industry was reeling
from a spate of terror attacks, and European travel groups spoke out forcefully
against any reinstatement of visa requirements for U.S. citizens.

At the time, Eduardo Santander, executive director of the
European Travel Commission, said, “When European tourism is already
suffering the consequences of the tragic events in France and Belgium, we saw
travelers from North America resilient in their plans to come to Europe. It
would be extremely inconsiderate to close our doors to them and renounce
billions of [euros worth of] export revenue.”

The travel commission could not be reached on Thursday.

A World Travel and Tourism Council (WTTC) report last year
cautioned that if the EU required North Americans to obtain visas to travel in
Europe, it could mean the loss of 5.5 million visitors to the EU and a $7.5
billion economic hit to Europe’s economy.

Because the waiver program is a bilateral agreement and both
sides must participate, the U.S. would lose out as well if the program
unravels. The WTTC report estimated that North America would lose 2.4 million
visitors and more than $6 billion in economic activity.

“I think both governments realize that there is not
only a huge economic impact associated with [the waiver program] but
significant security benefits for our countries,” said Patricia
Rojas-Ungar, the U.S. Travel Association’s vice president for government
affairs. “Both governments are very focused in that space. That’s where we
hope this is going.” 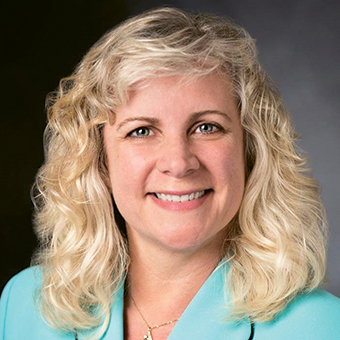 Cindy Buys, a law professor and director of international
law programs at Southern Illinois University School of Law, agreed that
“the EU has a lot to lose by making it more difficult for Americans to
come there.”

“It all has to do with security, of course, and making
sure that people coming to the U.S. from those countries are properly screened,
and that’s the issue,” she said. “Europe sees itself as one free
market and expects us to allow travel for all Europeans equally.”

However, Buys said the Trump administration is not likely to
bend on this front, especially since it has signaled that it is taking a
“really careful look at our incoming visitor-screening procedures.”

She also said the administration’s recent rhetoric could be influencing
Europe’s position, and that the EU could be sending the message that “if
the Trump administration is going to expand some of this immigration crackdown,
there will be reciprocity issues and repercussions, and it will be much harder
for Americans to travel as well.”

Buys added, “That may be part of that political
conversation going on to remind both sides they have a lot to lose.”
___

Michelle Baran contributed to this report.

Ritz-Carlton gets into the cruise business

A walk through Japan: Travel Weekly