Among the more exciting trips travelers can look forward to once cruising resumes will be to experience a solar eclipse from Antarctica.

On Dec. 4, a total solar eclipse will occur near the Antarctic Peninsula, a phenomenon not expected to occur again for hundreds of years.

Practically every expedition cruise line is seizing on this rare event to offer sailings where their ships will be positioned in the path of eclipse totality.

Eclipse itineraries start in November on cruises that generally include other stops in Antarctica and the islands of the Southern Ocean. Here are some of the expeditions on offer, and some of the experiences and onboard experts that set them apart.

The best place to experience the eclipse may be in what Lindblad says are the first igloos at sea, two clear-domed structures that guests can reserve to spend overnights in on deck, with heated two-person beds and drinks served. Both of the line’s new ships will feature the igloos.

The ships will also have experts onboard to provide insight and background on the science of eclipses and other astronomical features one might encounter on the Southern Ocean. 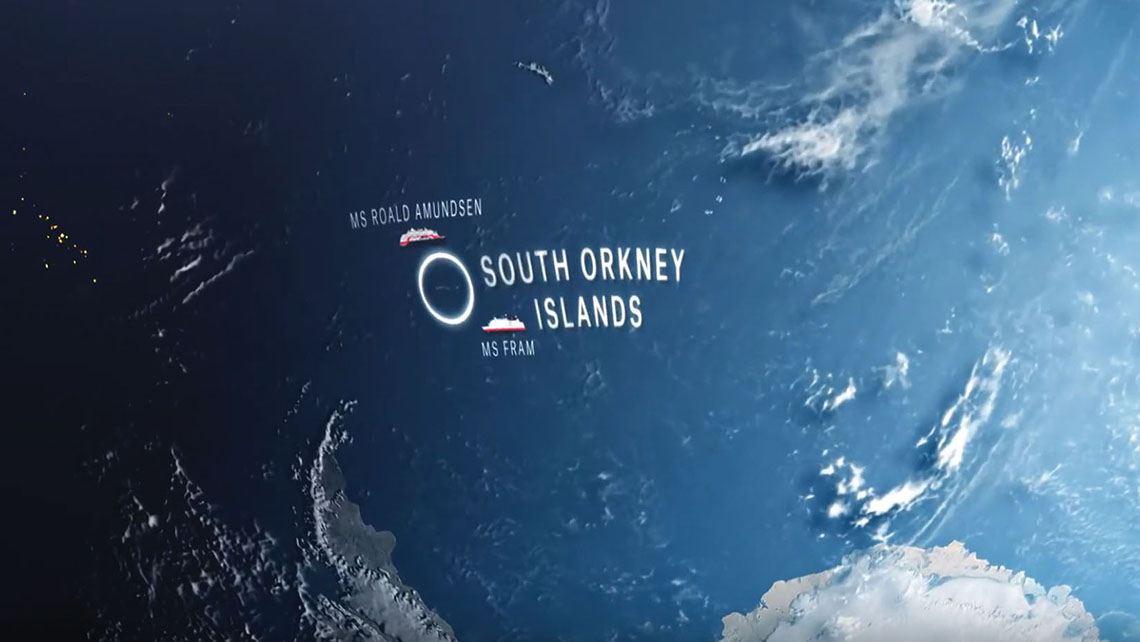 Hurtigruten’s eclipse webpage shows where its ships will be located for the phenomenon.

Departing Nov. 30 on a 15-day itinerary, Ponant‘s newest ship, the hybrid-electric Le Commandant-Charcot, will go to the Weddell Sea ice pack on Dec. 4 so that guests can disembark onto the ice to witness the eclipse under the supervision of the team of naturalist guides and onboard scientists.

Passengers will be able to participate in the research and analyses of the astronomical event and join scientists in setting up a station on an ice floe to collect water samples, helping further the knowledge of the region’s biodiversity, ecosystems and human impact. 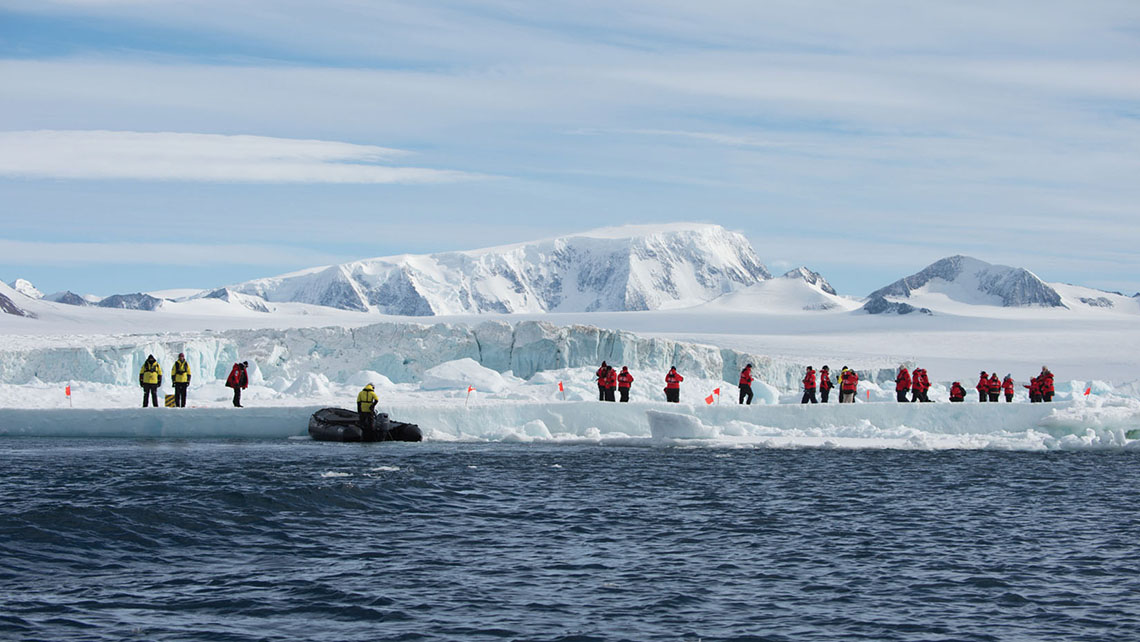 Scenic is offering guests a chance to see the eclipse from its Eclipse ship, on a 20-day cruise departing Nov. 2.

Two former NASA scientists will be onboard the cruise, both of whom are now at the School of Earth and Space Exploration at Arizona State University. Karen Knierman, a lecturer in astrophysics, will relate her experience working with the Hubble Space Telescope, and Patrick Young, an associate professor of astrophysics and astrobiology, will discuss the life and death of stars.

One of the few eclipse sailings to leave from Santiago, Chile, will be offered by Abercrombie & Kent. The 12-day cruise will feature former NASA astronaut Kathy Sullivan, who served on the Hubble telescope mission and was the first American woman to walk in space, and astronomer Massimo Tarenghi, who has spent 17 years working with the Paranal Observatory in Chile’s Atacama Desert and will assist guests with photographing the eclipse.

For travelers with less time, Silversea will offer one of the shortest sailings to witness the eclipse, an 11-day cruise departing from Ushuaia, Argentina, Nov. 30 on the Silver Cloud. The luxe line will also offer a 22-day sailing from Buenos Aires on the Silver Wind.

Onboard will be David Aguilar, former director of science information at the Harvard-Smithsonian Center for Astrophysics in Cambridge, Mass., and Alan Wright, former chief astronomer and head of operations at the Parkes Observatory in Australia.

A shake-up in cruise leadership as lines navigate rough waters