Once upon a time — say, 25 years ago — selling cruises was simple. There were fewer ships to know about, only a handful of itineraries and the pricing was straightforward, with almost no ancillary purchase options.

Jump forward to today and all of that has changed, making the cruise seller’s job a lot more complicated.

For example, take pricing. There are now a bewildering series of factors to take into account when pricing a cruise.

“[Agents are] in the information-management business,” said Adam Goldstein, president and COO of Royal Caribbean Cruises Ltd. “There’s way, way too many choices for a customer to understand. I don’t even care if they’re an avid traveler.”

Rick Sasso, chairman of MSC Cruises North America, said to the agents in attendance, “You guys have the tougher job than even we do. Why? I only have to know everything there is to know about MSC. And that’s a lot. And I’m expecting you to try [to know the entire line]. And then you have to know about 20-some other brands and all the details and who’s got what islands and for whom.”

Christine Duffy, president of Carnival Cruise Line, said the lines are counting on agents who sell its cruises to be product experts.

“Given the number of cruise brands that are out there, the number of options even within brands based on different classes of ships, different itineraries, I think we’ve all said that a travel agent is the best resource to really help people navigate to make sure that they get on the right cruise.”

Cruise specialists and executives said there are at least four ways that cruise selling has become more complicated than it was in the infancy of the business.

For one, there are just more ships to keep track of now than there used to be. When Carnival Cruise Line acquired Holland America Line (HAL) in 1989, HAL had four ships and Carnival had seven. Today, Carnival has 25 with a 26th on the way, and HAL just took delivery of its 14th ship, the Koningsdam. 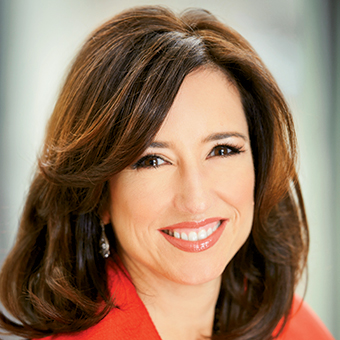 In 1990, all CLIA member lines sailed about 100 total ships. Today, the number is 448, with dozens more on order. And within each line the variety of ships is greater than ever.

Matthew Eichhorst, president of Expedia CruiseShipCenters, said, “If you take Royal Caribbean, the difference between the Vision of the Seas and the Harmony, they’re completely different products. Even though Royal is amazing as an operator, and you’re going to have a good experience, just the straight hardware is different so the agent’s got to know the complexity of all the products.”

Today, everybody is a foodie

For another thing, as the number of ships has grown so has the size of the vessels. Royal Caribbean International’s newest ship, the Harmony of the Seas, has 43 different cabin types. Its oldest, the Empress of the Seas, has 14.

At 226,963 gross tons, the Harmony has room for 20 dining venues, including one with menus from James Beard Award-winning chef Michael Schwartz. 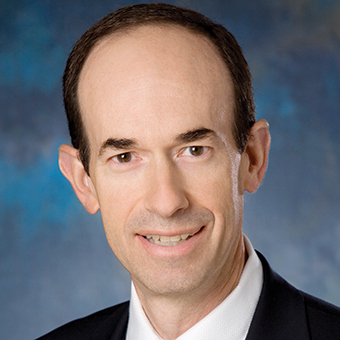 Craig Pavlus, owner of Pavlus Travel & Cruise in Albuquerque, N.M., recalled that things were very different when he started his agency in 1996.

“Years ago, there was not that much discussion about meals,” Pavlus said. “You always had a steak, and there was some other entree.

“Today, you want to know who your chef is, what their background is and you’re describing that to clients who want to know about the cuisine.”

Agents have to be knowledgeable about everything from restaurant menus to roller coasters, Pavlus said. 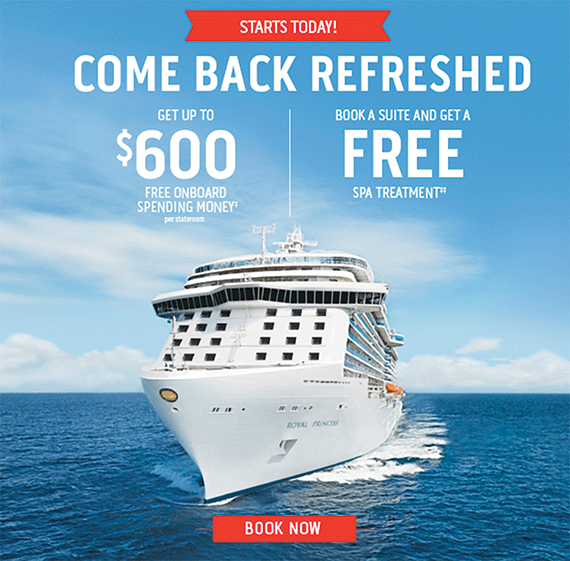 A promotion from Princess Cruises offers a $600 onboard credit plus a free spa treatment for suite bookings.

A third type of complexity arises from cruise companies offering more types of products than before. Once a stand-alone line, Carnival Corp. now has 10 brands under its corporate roof.

Crystal Cruises operated a two-ship, oceangoing fleet for 25 years. Since being acquired in 2014 by Genting Hong Kong, it has branched out into expedition cruises, river cruises, air tours and jet charters. It plans to offer residences on its next ocean ships.

A fourth layer of complexity for agents has come with the unbundling of the all-inclusive cruise and the rise of promotions that include some amenities as value-added benefits.

“In the old days, people asked about the ships,” said David Kramer, an agent at the Cruise and Travel Shoppe in Coconut Creek, Fla. “Now they want to know about the liquor package. It’s all about the promotions.”

Agents are quick to say that promotions have an upside.

But the original formula developed by Celebrity Cruises as 123 Go has inspired many me-too promotions, each with a twist or added feature.

“Now, you’ve got Norwegian with their value-add pricing. You’ve got Princess doing it, as well. And it’s not necessarily on all sailings, so you’ve got different value-adds in Europe than you have in the Caribbean,” Eichhorst said.

“We’ve created a complexity on the pricing/promotion side of it, not just with the hardware,” he said.

A shift away from cruise selling

Some frustrated agents have responded by de-emphasizing cruising in favor of what they see as simpler travel products, such as all-inclusive resorts.

Gene Haemmerle, owner of Travel Creations in Naples, Fla., said he made a conscious decision about a year ago not to market cruises, in part because the promotional side had become too difficult to decipher.

“I’ve been doing this for 50 years … back when cruise fares were very simple,” Haemmerle said. “I pull up one particular cruise line’s one sailing on one ship and I see 20 different fare promotions. I’m just ready to bang my head against the wall.”

Haemmerle said he can’t be sure which of the 20 promotions is the best deal for his client.

“So then you say, ‘Well, call the cruise line.’ So you see all this, you call the cruise line, even their own people, it’s beyond [them] to say which of these 20 promotions for this one cabin type on this one sailing is ultimately going to be the customer’s best deal.”

Other agents have adopted other strategies to handle the complexity.

More training is high on the list at many agencies, including Forest Travel in North Miami Beach, Fla.

“We’re very proactive with in-house training, and luckily we’re in Miami so we have a lot of support here from the different cruise lines,” said Stacy Weigant, director of luxury sales at Forest. “That, to us, is the most important thing. We’re scheduling training all the time.”

Weigant said river cruises have added another layer of complexity for cruise agents. Suppliers offer webinars and archived videos that help agents get up to speed.

“If they know they’re going to be meeting with clients interested in a certain destination or a certain type of cruising then they go take advantage of this type of training prior to meeting with the clients, so they have more knowledge than the clients do,” Weigant said.

CLIA is another resource for training agents. CLIA president Cindy D’Aoust said cruise lines are good at listening to customers and creating options for them.

“There’s so much more to stay abreast of and choose from, and that does add to the complexity,” she said. “Honestly, some of the land-based options haven’t evolved as much.”

In its training, CLIA emphasizes flexibility, recognizing that some agents are more advanced than others or at different levels in their knowledge of a particular subject.?

“They can create their own road map,” D’Aoust said. “It’s much more flexible, much more intuitive. It starts with the individual and where they are, as opposed to a prescribed course or trajectory.”

Some agents said they can crowdsource answers through Facebook and other agent message boards to solve particular gaps in their knowledge.

Pavlus said that his agency maintains a “human library” for agents to draw information. Onboard the inaugural sailing of the Regent Seven Seas Explorer, “we had three people,” he said. “So now we have three human references to talk about the ship. And that’s important that you actually have people that experienced the product.”

Pavlus also has three people on staff whose main job is to keep the rest of the agency advised on promotions.

The case for specialization

Another tactic is to specialize. That’s become almost a necessity, according to Frank Del Rio, CEO of Norwegian Cruise Line Holdings, who urges agents to focus their efforts. 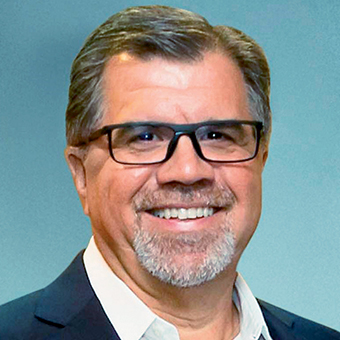 “As more products are introduced, how can they be experts at anything?” Del Rio said. “The typical consumer these days is much too sophisticated with all the sources of information available to them. You can’t be a jack-of-all-trades anymore. It just doesn’t exist. You’ve got to be a master of one or two.”

Some agents pick one family of lines, such as Royal Caribbean International, Celebrity Cruises and Azamara Cruises, all brands under the Royal Caribbean Cruises Ltd. umbrella. Others specialize in a single line. For example, Joseph Hang, of Nasa Cruises in Austin, Texas, predominantly sells Crystal Cruises.

Longtime agent Bob Newman of Cruise Brothers in Cranston, R.I., has carved out a niche specializing in meetings at sea, particularly continuing-education seminars for physicians. 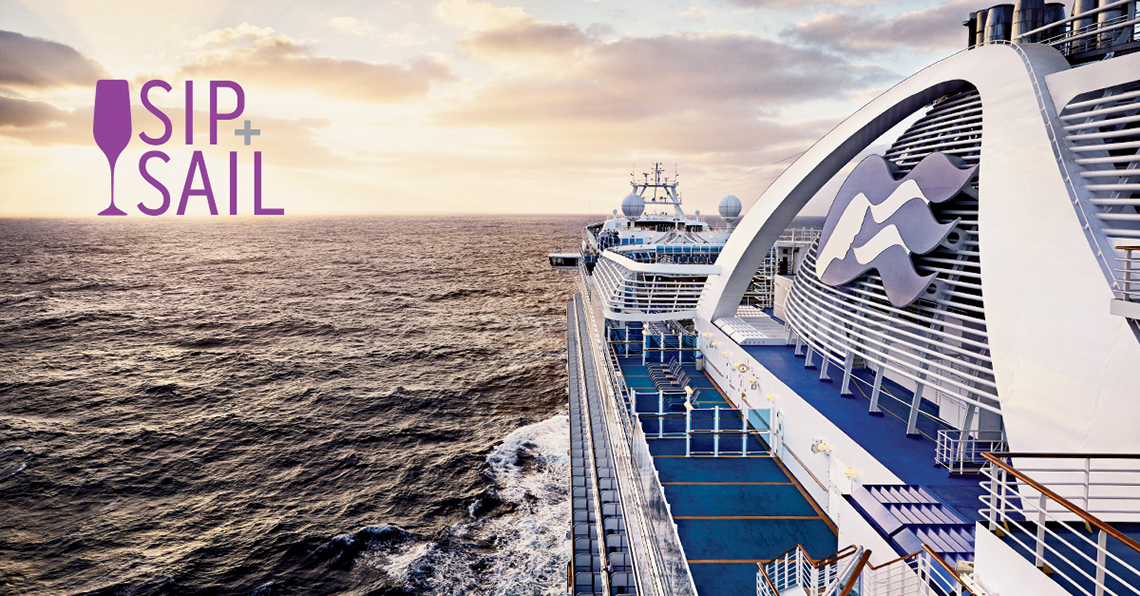 Sip & Sail is a promotion from Princess Cruises.

Many agencies, including Forest Travel, specialize in luxury because of the more lucrative commissions. But Weigant said the agency still must know other types of cruises. “It would be great if we could say we only specialize in X,” she said. “But I don’t think our clients would be very understanding, and we don’t want our clients to go searching elsewhere for something that we might not specialize in.”

De-emphasizing cruises, especially low- commission, high-volume lines, is another response. Paul Casella, an agent for Master Travel and Cruises in Wellington, Fla., said the increased number of promotions is eating away at his productivity.

“They’re running promo after promo,” Casella said. “One ends and another one starts. Then you’ve got one for the whole month and one just for the weekend, one is for just a week, one is for two weeks. You don’t know where to go. And then the client is asking us to look at each promo.”

Some suppliers said they’re trying to make things simpler. In 2013, Carnival Cruise Line cut the number of fare categories it sells from six to three in response to agent feedback. 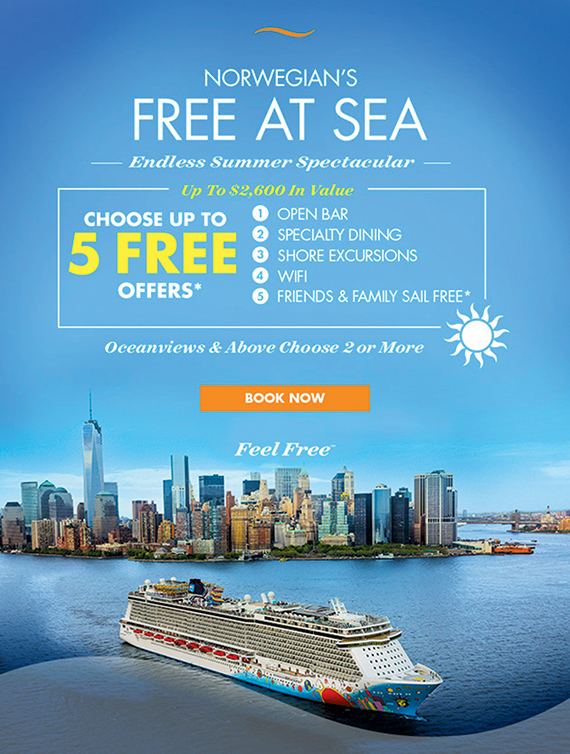 A Norwegian Cruise Line promotion offers a choice of up to five free offers.

Some agents said that while cruises are complicated, the same can be said of other travel products.

“We sell a lot of Sandals, and they have a gazillion room categories at different properties,” said Hobbins of Journeys Unlimited. She said that navigating complexity is part of the agent’s job.

“Yes, it gets confusing, but information is a lot more accessible to us now,” Hobbins said.

Agents and suppliers generally agree that the complexity of the cruise product presents an opportunity to position agents as experts who have knowledge that is unavailable to consumers who use online booking sites.

And some complexity might be inherent in the pricing structure of the cruise industry.

Del Rio added: “In the cruise industry, we assume that every cabin is full every day. And when that doesn’t happen, the whole system breaks down. So we prefer to do whatever is needed promotionwise to get empty cabins filled rather than let them go empty.”