Fathom’s Adonia made its third and final port call Friday as its historic voyage to Cuba
began to wind down.

The ship pulled
into harbor in the southwestern Cuban city of Santiago at approximately 8 a.m.,
staying until just after 5 p.m.

The free
excursion in Cuba’s second city, which is known as the country’s cradle of
revolution, included a stop at the Santa Ifigenia Cemetery for a look at the
mausoleum of Jose Marti, Cuba’s founding father.

During the
cemetery visit, Adonia passengers also witnessed the changing of the guard of
Marti’s tomb, which takes place every half hour throughout the daytime. 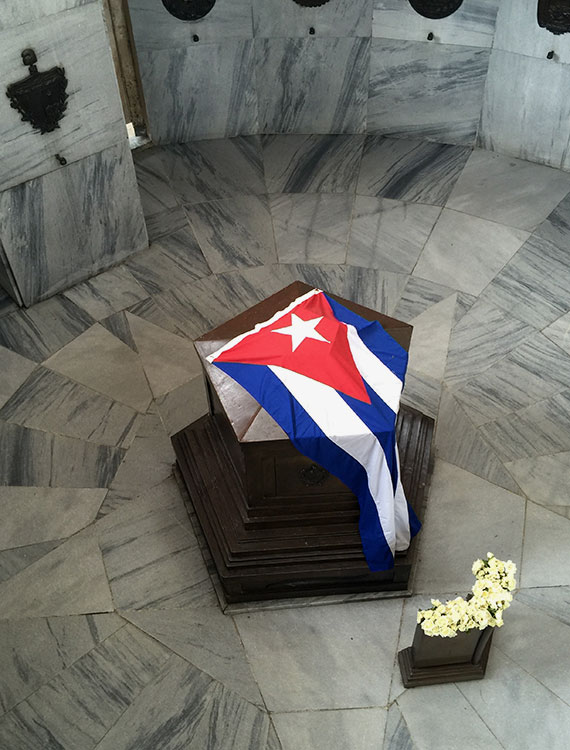 Rain hampered the
bus tour of Santiago, but passengers nevertheless passed by San Juan Hill,
where Theodore Roosevelt’s Rough Riders won one of the decisive battles of the
Spanish-American War in 1898. Buses also made a quick swing past what was once
the Moncada Barracks, where a failed attack by Fidel Castro in 1953
marked the beginning of the Cuban Revolution.

A highlight of
the excursion was a visit to the stunning San Pedro de la Roca Castle, a stone
fortress that stands guard at the mouth of Santiago Bay, on the bluffs above the
Caribbean. Known locally as El Morro, the fortress affords spectacular
360-degree views of the sea and the bay, as well as the nearby Sierra Maestra
Mountains, which rise up beyond Santiago.

Along with a
pause for shopping and a leisurely lunch, the excursion also featured a stop in
Santiago’s central plaza, where passengers could take in the sights on
their own or attend a concert featuring the Cuban musical traditions bolero
and son. Some Adonia passengers made their way to the top of the Hotel Casa
Granda, on the corner of the central plaza, for an afternoon cocktail and an
outstanding view of the city, harbor and surrounding terrain.

As the Adonia
prepared for its final port departure Friday afternoon, passenger Regina
Paterson of Wilmington, Del., said that being part of the first U.S. cruise to
Cuba in more than five decades would have her singing the quintessential Cuban
song “Guantanamera” for the week to follow. 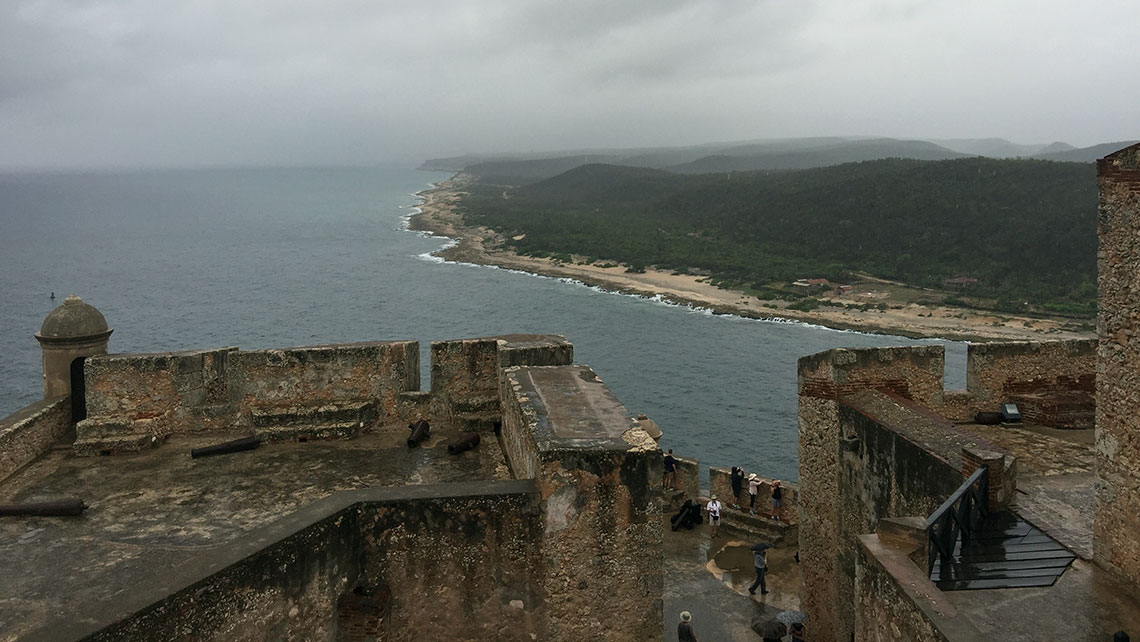 A view over the Caribbean and Santiago Bay from the Morro castles, which guards the mouth of the bay. Photo Credit: Robert Silk

“I really enjoyed
the experience,” Paterson said. “Going to the different historical buildings
and meeting and talking to the people.”

At a press
briefing a short time later, Fathom president Tara Russell said that she was
happy with how the line’s first cruise to Cuba unfolded. But she said that
the product remains a work in progress. Fathom plans to add more Cuba-specific
onboard programming as time passes and also to offer customized
people-to-people shore excursions. For example, Russell said, Fathom hopes to
eventually offer excursions geared toward people with interests in architecture,
art or music.

Cunard pushes relaunch back to spring next year

Cruise restart pushed to February? Timing’s not a surprise to some

Saga inches closer to resumption of sailing in the spring