A quick tour through the Adonia, Fathom’s ship, shows
both the new elements that the social-impact brand is bringing to cruising and
the heritage of its P&O Cruises roots.

Large, colorful photo panels with inspirational wording
have been laid over the dark wood panels that decorate the interiors of Adonia
(and the other ships that were once part of the Renaissance Cruises fleet.)

“Jump In!” and “There’s always more to discover” proclaim
two such panels that flank a classical pediment and niche combination in the
open staircase connecting decks 4 and 5.

Another panel in the corridor leading to the main dining
room is a sunset in what appears to be a third world metropolis, bearing the
quotation “Wherever you go becomes a part of you somehow.”

In “Note to Future Self,” passengers can write down a favorite experience, insight or feeling on a postcard and Fathom will mail it to their home address so they remember it when the cruise is over.

Several Fathom innovations are sprinkled around the ship.
There is a “Note To (Future) Self wall panel that consists of postcards that
passengers can use to remind themselves of a cruise highlight. They drop the
cards in a box and Fathom will mail them to their home address.

A “Question of the Day” panel in the buffet
restaurant lets passengers post their answer to the question on cards held by
little magnets. Little “Curiosity Boxes” are said to be stashed in odd corners
around the ship. I have yet to find one, so I can’t say what’s in them.

Signs of Adonia’s British lineage remain. The hot
breakfast cereal in the buffet restaurant is labeled porridge, and each cabin
is outfitted with a selection of teas and an electric teapot, rather than a
coffeemaker. Sugar packets on the restaurant table are courtesy of
Tate+Lyle, a British sugar producer.

The names of the ship’s public rooms remain rather
incongruous for a Caribbean cruise destined for Cuba and the Dominican
Republic. The buffet is called the Conservatory, which could hardly sound more
British.

Passengers have a choice of tropical drinks at a bar
called Anderson’s (who was Anderson, I wonder?) but the atmosphere is clubby
and formal, with fireplaces surmounted by framed nautical paintings. 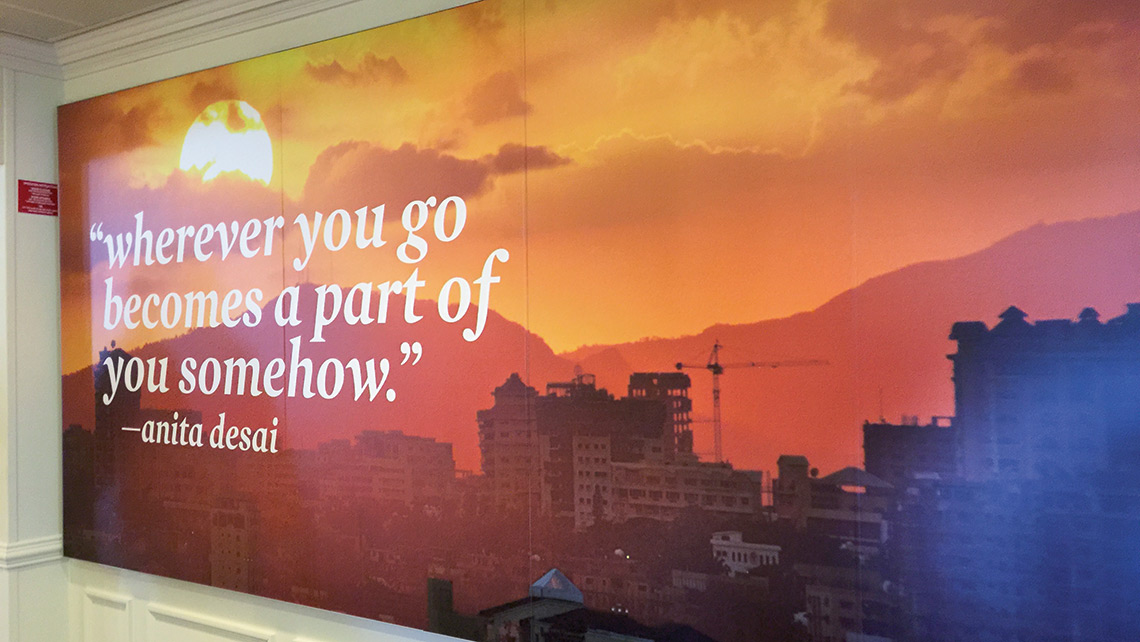 The 688-passenger Adonia had been part of the P&O
Cruises fleet before Carnival Corp. CEO Arnold Donald tapped it for the Fathom
experiment. It was one of eight nearly identical ships built for Renaissance
Cruises from 1998-2000.

A library has a newly stocked selection of books on Cuba,
the Dominican Republic and Latin America, plus a selection of fun board games,
but otherwise looks as staid and quiet as any strict librarian might want.

One area that does seem to be transformed is the Mayfair
Shops retail passage on Deck 5 that has several hip, socially-conscious brands
such as The Body Shop, Bajalia and WeWood, with window displays that are in
tune with the millennial Fathom vibe.

Norwegian’s ship in China to feature many firsts at sea