CUZCO, Peru — Travel advisor Julie Stone Frederick had
never been on a G Adventures trip. And as a fairly new player in the travel
world, she had only sold a few. But her commitment to community service as a
prosecutor in her previous career won her a spot at the company’s first Change
Makers Summit in Peru.

Likewise, Doug Orens doesn’t even sell travel. But he is
director of marketing and operations for his family’s business, Plaza Travel in
Encino, Calif. He won a spot after submitting a video about how his first G
Adventures trip, to base camp on Mount Everest with his son five years ago,
prompted him to create a foundation called Luggage for Locals, which collects
new clothing for travelers to take to developing destinations.

That’s because, like just about everything G Adventures
does, its selection process for the travel advisor event was a little different
than that generally used in the industry, focusing not just on sales volume but
on building a community of agents aligned with the sustainable, socially
responsible values on which the company was founded.

“I was a little concerned that going to sell travel
full time, I would not get the same job satisfaction that I did out of
prosecuting,” said Frederick, now a full-time travel advisor in Austin,
Texas. “But then I found out about G Adventures and how they try to change
the world and make it a better place, and now I can combine my two loves.”

Most of those invited here were indeed loyal sellers. But
leaving other spots open for travel professionals who could write an essay or
record a video application spelling out their social commitments, company
officials said, was also a way to seek out new partners.

And so the group of more than 70 travel professionals and
some 50 representatives from G Adventures offices around the world came
together earlier this month for the first summit, a seven-day combination fam
and corporate retreat in Peru, the country where the company runs more trips
than in any other destination and where some of its first giveback programs
were born.

Among the activities was an afternoon of team-building
exercises that included competitions in setting up the tents the Peruvian
guides use on the Inca Trail. There were also a number of challenges developed
in the style of the “Amazing Race” television series, including
seeing which team could get a group photo with the most locals during a walking
tour of Lima. 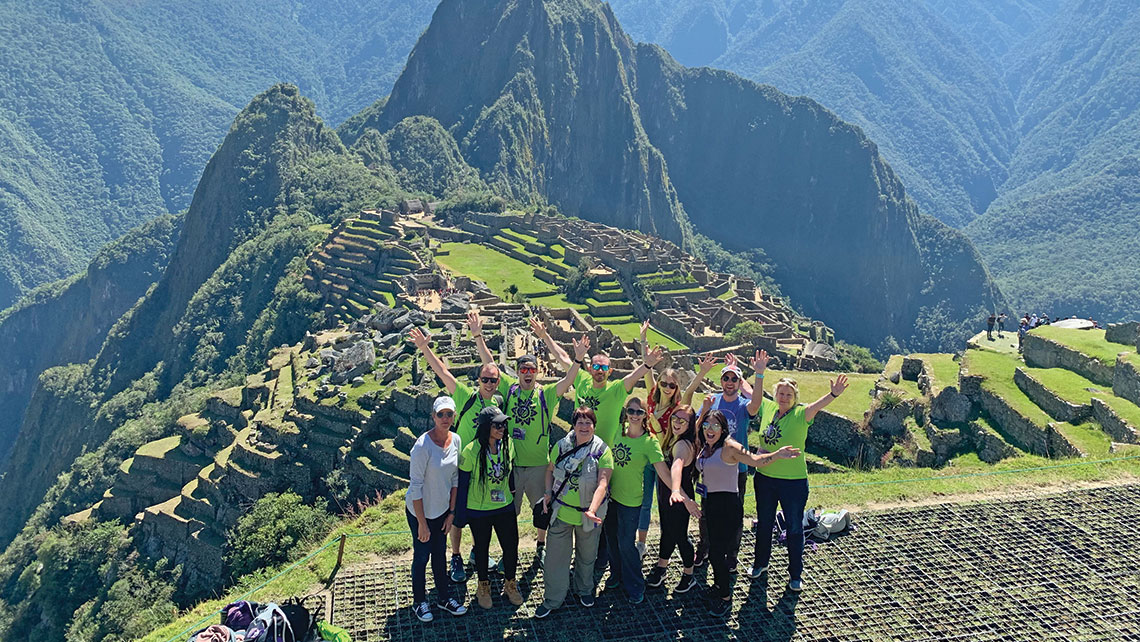 Mostly, however, it was about highlighting G Adventures’
itineraries in Lima, Cuzco and Machu Picchu as well as the community projects
and small-business startups the company has funded in the country through its
Planeterra Foundation and the G Values fund, which company founder Bruce Poon
Tip created with money from his bestselling books about the company’s culture,
2013’s “Looptail” and its follow-up, “Do Big Small Things.”

Peter Worthing, vice president of sales for G Adventures in
the U.S., said the idea of the summit, with some activities modeled on those
used for internal events, was to “make those meaningful connections with our
travel advisor partners. So really, for the first time, we’ve invited other
people into our world, into our culture.”

It’s a unique culture at that, and one that has its own
vocabulary. Sales are not tallied by number of passengers, rather by “lives
changed.” Advisors aren’t agents but “change makers.” The
company’s in-country tour leaders are not guides but “chief experience
officers.” Travelers are “agents of change,” and so on.

It’s also a culture that has developed a loyal following, as
evidenced by the standing ovation, and even some tears, from employees and
agents alike when Poon Tip arrived for the final afternoon to detail what the
company, now in its 29th year, has achieved and what’s on the horizon.

Among the new initiatives he discussed were the company’s “ripple
score” for tallying and reporting how much of every dollar spent on a trip
stays local and Project 100, a fast-tracked initiative by Planeterra to have
100 community development projects in place by 2020.

And regardless of whether or not you buy into the G-speak or
G culture, one thing was clear: The company, a global pioneer in sustainable
travel, and its employees do live and breathe what they preach.

Everything possible is sourced locally. There are constant
reminders of how to travel without intruding on local cultures or supporting
activities that might encourage children to beg or animals to be abused. And as
part of its main focus on eliminating poverty, it has even set up its own stops
for shopping to ensure artisans, not shopkeepers, are benefiting.

Tours of the Sacred Valley, for example, don’t stop along
the main drag lined with souvenir shops. Rather they go to the village of
Ccaccaccollo, where Planeterra in 2005 helped establish a weaving cooperative
to enable women to make a living by demonstrating their traditional techniques
while also selling their wares directly to visitors.

The project became so successful it was expanded to six
other villages, Poon Tip said.

One of Planeterra’s first and most successful projects, the
Parwa restaurant, is also in expansion mode, recently opening a second open-air
dining room. The restaurant offers a parklike respite with mountain and glacier
views that make it the perfect lunch stop for both G Adventures and other tour
operators doing day trips in the Sacred Valley.

Parwa now has a school with a computer lab and a scholarship
fund. 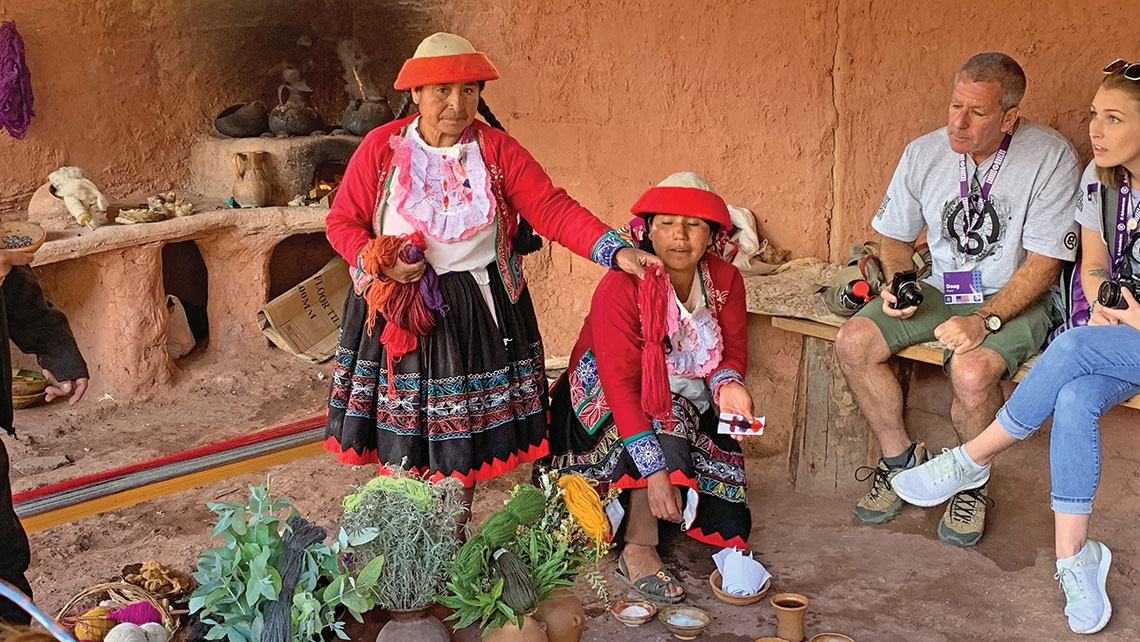 Women from a weaving cooperative that G Adventures helped create in the Peruvian village of Ccaccaccollo demonstrate how they dye wool using natural products.

Denise Canavan, a New Hampshire-based advisor with Cruise
Planners, said she had recently returned from her first G trip, leading a group
to South Africa, where she was impressed by the attention to detail. And while
the company’s culture was not really a factor in her past sales, she said, “I
will book them again in a heartbeat.

Announcing the Skift Short-Term Rental and Outdoor Summit This December

Quebec on a roll with Zephyr Adventures