You will find endless articles on the internet depicting the beauty of Leh Ladakh. Every year, there will be someone, whom you know of, to be travelling to this place. It is referred by many as the mecca for adventurous souls. Located at a distance of 474 km from Manali and 434 km from Srinagar, its location has never been a matter of concern for travellers.

Ladakh is a backpacker’s haven, with emerald lakes, trekking trails and valleys. Also known as the land of monasteries and monks, beautiful villages tucked away in picturesque landscapes, there is a lot to experience here. This article will take you to Lamayuru, often referred to as the moonland.

A bit about Lamayuru 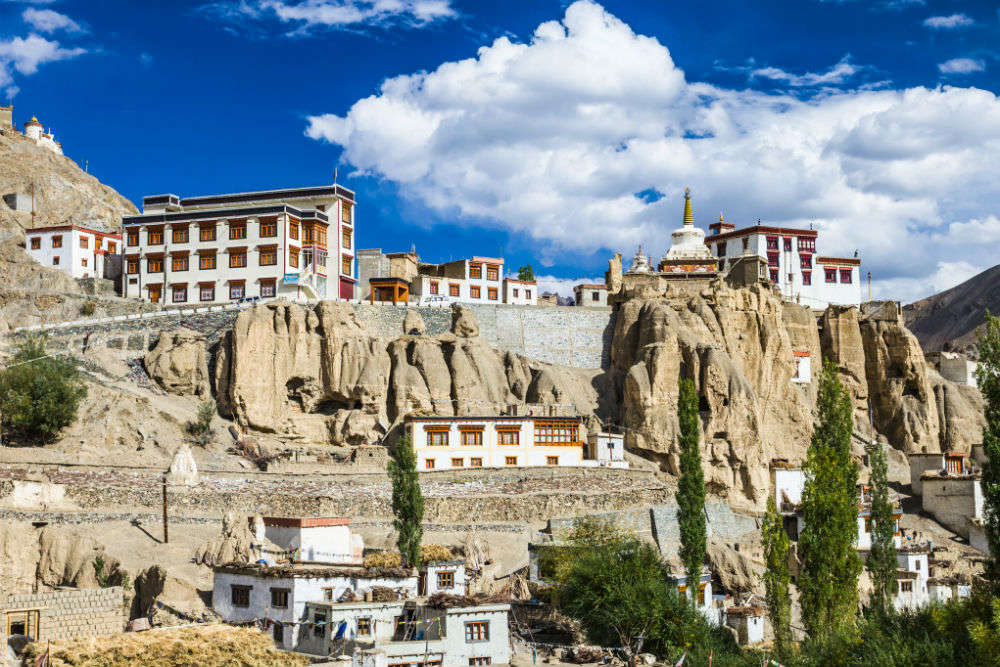 It’s a small village in Ladakh, but an ideal place to take a break from the journey from Kargil to Leh. Home of one of the oldest monasteries in Ladakh, legends believe that this place was once a lake that dried up. Remains on top of the Leh tourism charts, this tiny village has more to offer than it meets your eyes.

Lamayuru is popular for its ‘lunar’ landscape and monastery. Interestingly, this quaint little village is promoted as ‘moonscape’ for tourists; reason being its incredible yet odd geographical formations.

Places to visit in Lamayuru

Lamayuru monastery is the main attraction here. It is one of the most intriguing places to visit for sure; being one of the oldest and largest monasteries in Ladakh, it has many stories and legends associated to it. 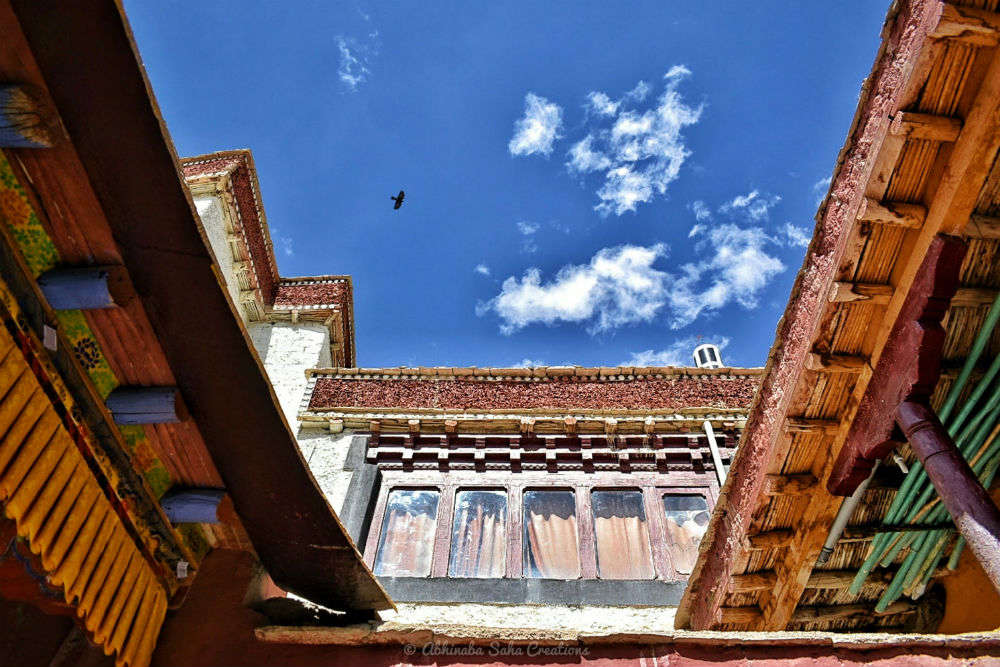 Its history dates back to the 11th century, when a scholar named Mahasiddhacharya Naropa laid the foundation stone of this monastery. It is believed that his prayers caused drying up a lake that fed an entire village; and because the water receded, the place started to get moonlike craters.

Originally, the monastery had five buildings, though now only the central building exists. Even after losing much of its valour, it still remains a favourite jaunt for photographers and inquisitive travellers.

This monastery houses around 150 Buddhist monks, though there used to be more than 400 earlier.

Fairs and festivals of Lamayuru 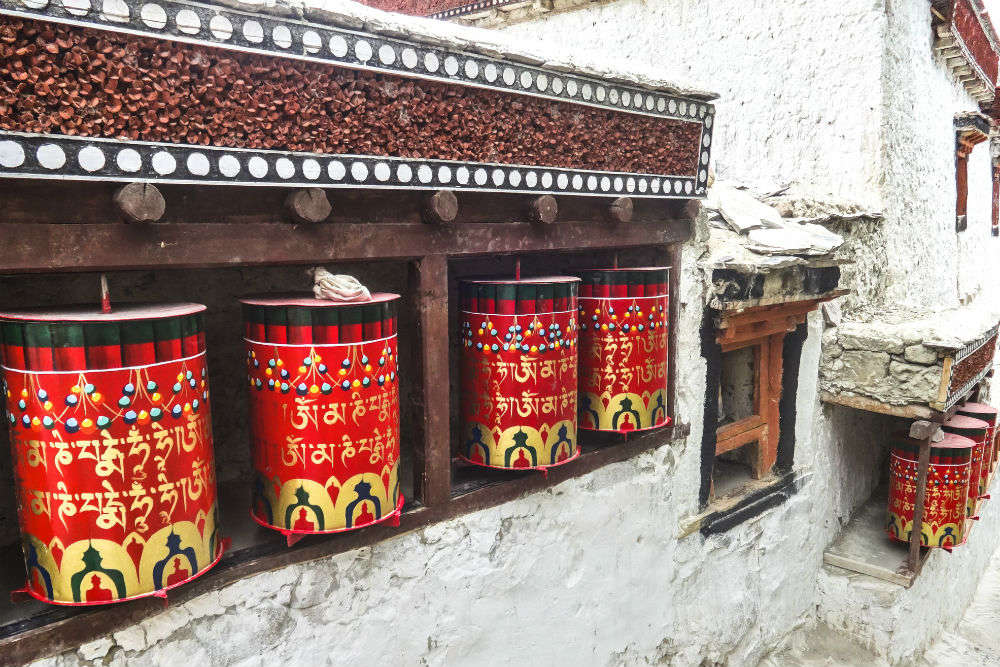 This region is popular for two annual festivals, and both are celebrated on a grand scale. Yuru Kab Gyat and Hemis Tse Chu are celebrated in the 2nd and 5th month of the Tibetan lunar calendar. Hemis Tse Chu is the biggest monastic festival in Ladakh and lasts for two days. Yuru Kab Gyat is also a two-day-long festival, in which sacred rituals and dances are performed by the monks.

What else you can at Lamayuru?

Apart from spending some time at the monastery, make sure you also enjoy a walk in the village. Ladakhis, with their exuberant smile, are warm people and you can break ice by simply greeting them, saying “Julley” (Hello in Ladakhi). You can even put your fitness level to test by going on a hike on these moon-like craters.

How to reach Lamayuru?

The easiest and the most comfortable way to visit Lamayuru is via a cab from Leh. In summers, you can opt for buses, which might take a much longer time, but fun, adventure and affordability assured. 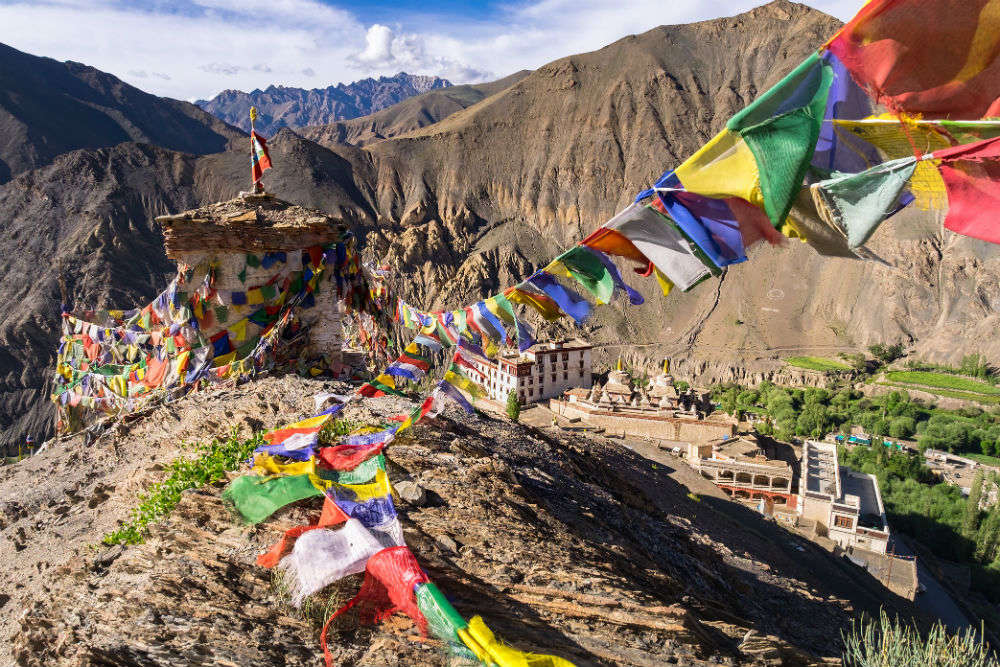 The drive through this stretch is exceptional to say the least. The landscape changes the moment you leave Leh; and mark our words, you would remain spell-bound throughout the journey.

Needless to say, everything about Ladakh is exhilarating. Almost every corner of Ladakh, just like Lamayuru, will pump you with extra energy, amuse you with its beauty, and create memories for a lifetime.