At a time when many U.S. tour operators are undergoing challenges, the Australian tour conglomerate Intrepid Group says that it’s actually experiencing significant growth from its U.S. customer base and is beefing up its North American staff to capitalize on the demand.

Intrepid has had 38% growth in U.S. passengers in the past year, said Leigh Barnes, the newly appointed regional director, North America, for Intrepid Group.

“We’re taking on more staff across the board,” he said. “So we’re definitely putting a greater emphasis on the North American market.”

Barnes said that, Intrepid’s sales are up 21% globally, but the North American market is seeing the largest growth among all the company’s source regions, better than the U.K. and Australia.

Asked why Intrepid is resonating so strongly stateside, Barnes said, “I think it’s just a bit of a sweet spot in the industry right now, the growth of experiential travel. People are really searching for that real experience.”

Nick Shuttleworth, the company’s newly appointed vice president of sales for the Americas, added that the fact that the Intrepid Group comprises multiple brands that appeal to a wider range of experiential and adventure travelers has helped the company grow as well. Intrepid gets customers hooked young and then provides products suited for different phases of the traveler’s life.

“We’re looking at the entire life cycle of an adventure traveler,” Shuttleworth said.

The Intrepid Group has undergone big changes in the past year. Intrepid’s Darrell Wade and Geoff Manchester ended their four-year partnership with German travel conglomerate the TUI Group last year and resumed full ownership of the company they co-founded in 1989.

“Over the last four years, we’ve seen huge growth in the adventure travel sector globally,” Wade, Intrepid’s CEO, said at the time of the split. “Now we can … grow the market for authentic local experiences that truly benefit both travelers and the places they visit.” 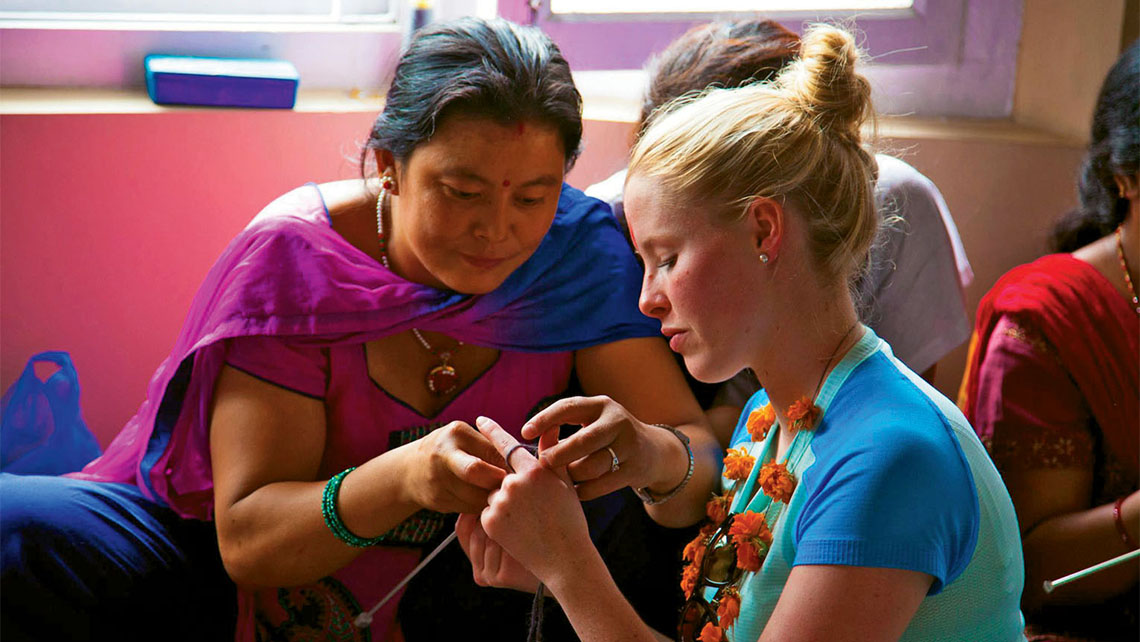 Along those lines, Intrepid’s day-tour brand, Urban Adventures, this year added social enterprise tours to its portfolio of city and day tours around the world. Urban Adventures linked up with local nongovernmental and nonprofit organizations to develop its new In Focus series of tours, which offer insight into local issues and the efforts underway to resolve them in Nepal, Australia, India, Taiwan and Romania.

According to Barnes, products such as In Focus or Intrepid’s Real Food Adventures, with its global food-focused itineraries, as well as the company’s 2014 decision to ban all elephant rides on its tours are resonating with today’s socially and environmentally conscious travelers who want to be much more connected to the destination.

Intrepid isn’t the only company chasing that traveler. Canadian tour operator G Adventures is in the same space. Last year, the company introduced a plan to integrate 50 new enterprise projects into its trips over the next five years, clearly zeroing in on the socially conscious travel trend, as well.

Intrepid admits that G Adventures, along with travelers who would prefer to just go it alone, presents the stiffest competition.

Ultimately, the travel trade has been and will continue to be a big part of Intrepid’s outreach to U.S. consumers.

Shuttleworth, who is in the process of growing his team of North America business development managers, said about 50% of Intrepid’s business in Canada is sold through agents, and he sees U.S. agents as the next frontier of major growth for the company.

This American city will give you $10000 to move here