Kinnaur in Himachal Pradesh has banned all the tourism activities in the district till Nov 1 given the rise in cases of COVID-19 across the country. After Spiti, Kinnaur is the second destination in Himachal that has decided to suspend all the tourism-related activities. The announcement was made by Kinnaur Hotel Association.

Kinnaur Hotel Association Chief spokesperson Shanta Kumar Negi said, “The decision was unanimously taken in a joint meeting with the local stakeholders to suspend tourism activities of any kind till 1 November.”

The announcement letter released by the hotel association further reads that the decision was taken “with the eye on the harvest season of the hard earned yearly cash crops like apples, dry fruits, and other farm products.”

The association also said that they cannot take risk of unforeseen circumstances of pandemic in the form of COVID-19. As per the natives, it is best for the Kinnauri population given most of the hotels and homestays are located in and around the orchards. 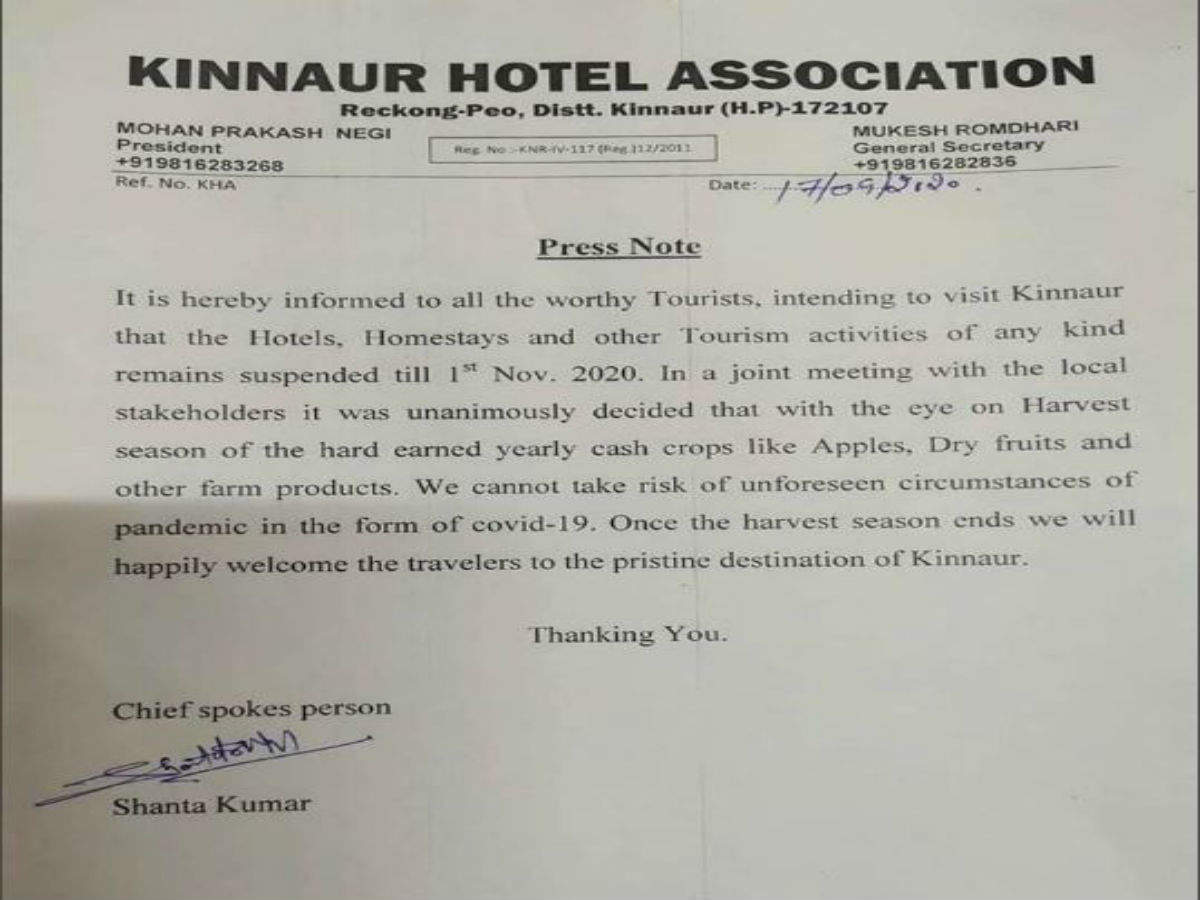 If anyone is found disobeying the decision, strict actions will be taken against them as any kind of carelessness could hit the livelihood of the locals. Apparently a few days back, the Himachal government opened the gates for tourists without any e-pass or registration. Since then, it has been a matter of concern for locals. Kinnaur is absolutely gorgeous and is renowned for its apple orchards, meadows and beautiful valleys, like Kalpa and Sangla, and adventure activities and camping sites. Given its natural beauty, the place is visited by a number of tourists every year but this year would be different because of the ongoing pandemic.

Till now, Kinnaur district has recorded 138 virus cases and at present, there are 38 active cases.

Planning to dine at a New York restaurant? Be ready to pay COVID-19 surcharge

The UK reduces quarantine period to 10 days for arrivals