The princely city of Junagadh in Gujarat has been trending lately on the internet, for an incident that has taken several social media users by surprise.

Being a popular tourist destination, Junagadh receives several tourists frequently. Yet, a hotel recently received a totally unexpected and unique guest–a lioness from the wild!

Well, a CCTV footage of a lioness entering Hotel Sarovar Portico in Junagadh before daybreak on February 8 has gone viral on the web.

The video shows a lioness jumping into the hotel premises through the entry gate. A security guard sitting inside a cabin at the gate took note of it immediately and raised an alarm. In the second CCTV video footage, the lioness seems to have exited the hotel.

While this incident may seem scary, it is to be noted that the inhabitants of Junagadh are pretty much used to it since the Gir National Park is close by. Gir is home to Asiatic lions, and it is likely that the young lioness must have been separated from her pride and her wanderings must have led her to the human settlements. 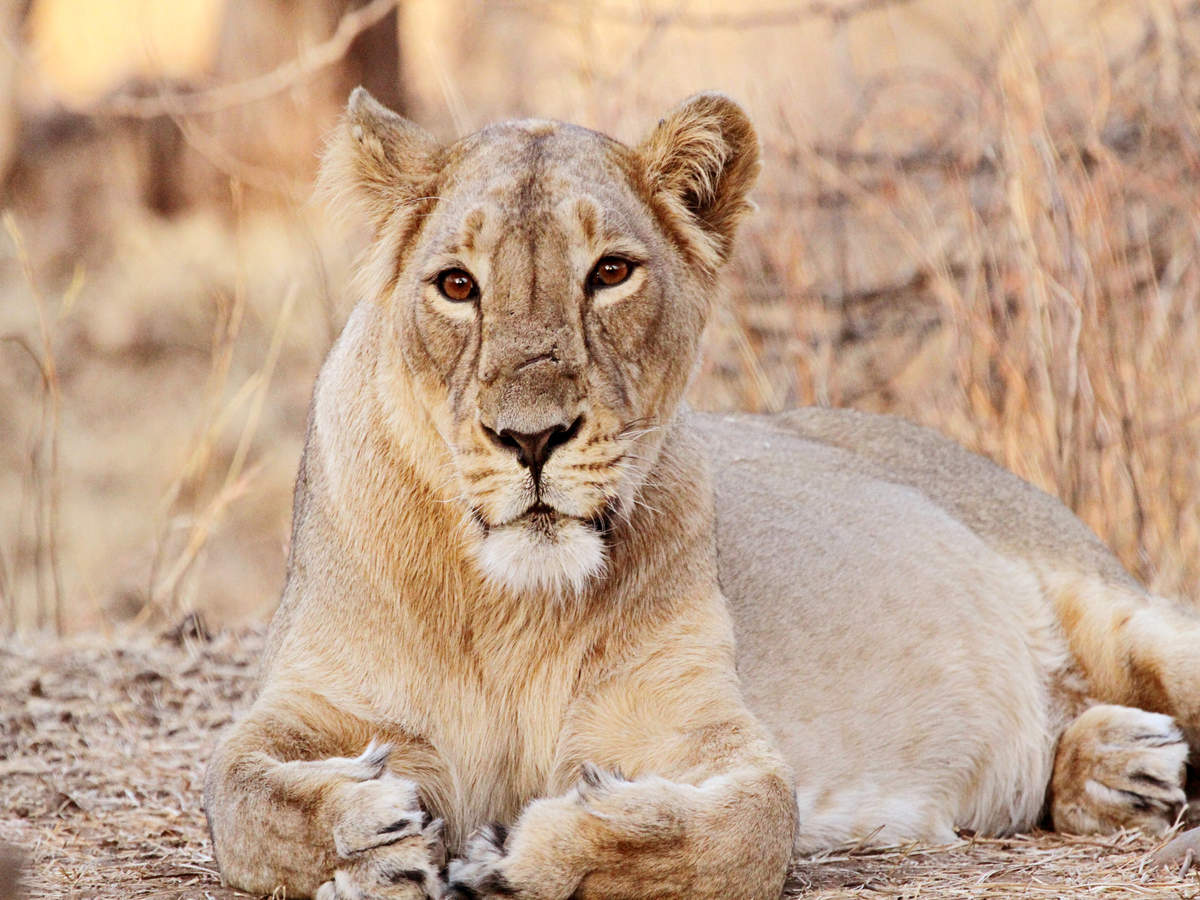 The 1400 sq km wide Gir National Park is located about 59 km off Junagarh. Uperkot Fort, built by Chandragupta in AD 319, is another tourist site in Junagadh. It is said that this fort was besieged 16 times in its history.
The Durbar Hall Museum in Junagadh houses weapons and armor of the nawabs and more curios and artefacts. The Girnar Hill has temples belonging to the Jain and Hindu sects.

When here, these places should make it to your travel wishlist. With some luck, you might as well be spotting a lion or two!