Though cruises between the U.S. and Cuba had been
embargoed for more than half a century, there were exceptions, now all but
forgotten.

In 1977 and 1978, the Greek-registered cruise ship Daphne
made several departures from the port of New Orleans to Cuba, circumventing a
trade embargo imposed after Fidel Castro’s 1959 rise to power in the island
nation.

The Fathom Adonia last week made its historic cruise into
Havana harbor, a voyage that Fathom’s parent, Carnival Corp., has promoted as
the first U.S.-Cuba cruise in 50 years. And in terms of a U.S.-owned ship
making a roundtrip to Cuba, it was.

But amateur cruise historian Michael Grace recalled
recently how he had sailed aboard the Daphne on a 1978 Cuba cruise.

“It was right when the Super Bowl was [in New Orleans],
and somebody said, ‘Do you want to go to Havana?’” said Grace, a Los
Angeles-based writer and film-production manager. He jumped at the chance.

The year before, entrepreneur Fred Mayer had organized a
New Orleans-Havana cruise on the Daphne through London-based Karras Cruises. It
had been promoted as a jazz cruise, and among the 400 guests were several jazz
legends, including saxophonist Stan Getz and pioneering bebop trumpeter Dizzy
Gillespie.

Anti-Castro protestors were in New Orleans to demonstrate
as the Daphne left on May 16, 1977. Cruising to Havana took nearly two days,
and during the ship’s stay, Gillespie led a tribute concert for Chano Pozo, a
Cuban percussionist and band mate who died in 1948.

After departing Cuba, the Daphne ended its cruise in the
Bahamas, either to avoid protestors on a return trip to New Orleans or possibly
as a way to skirt the embargo.

Travelers had to make their own way home from the
Bahamas, according to contemporary reports. Four other cruises between New York
and Havana had been scheduled for the following month, but they never took
place, Grace said.

A year later, things had changed. The 1978 cruise to
Havana was a roundtrip from New Orleans, and Grace recalled that, “When I went,
there were no protests.”

The Daphne docked in Havana Harbor at night, and the port
was dark, as was the rest of the Cuban capital, Grace said.

“Here you arrive in this enormous city, and it was sort
of like in a blackout,” he recalled.

The ship stayed for two days. Grace said he made the trip
with an art dealer who had hoped to buy Cuban products for resale, but there
was nothing to buy. “There were cigars and bath soap in the shop,” he said.

Grace said there was also a Soviet cruise ship in port.
“It was the height of the Russian support,” Grace remembered, and the
administration of then-president Jimmy Carter was doing what it could to
counter the Soviet influence. 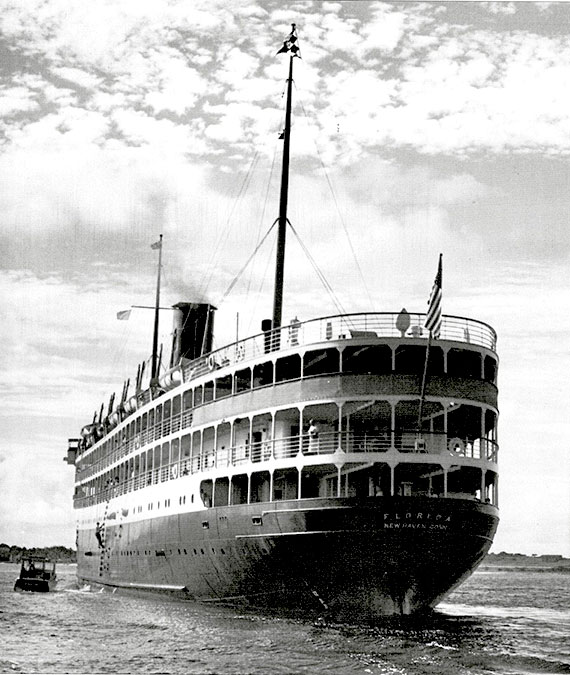 Before Fathom’s Adonia, the SS Florida was the last ship to sail regular cruises from Miami to Cuba, in 1959. Photo Credit: Courtesy of Michael Grace

“Politically, it changed or something,” Grace said.
“[Karras Cruises] was able to operate to Havana.”

While in Cuba, passengers on the ship were taken to the
Tropicana nightclub. Grace said the show was a classic costumed dance review.
Instead of paper towels in the restrooms, guests were given sheets of toilet
paper to dry their hands, he said.

In addition to Havana, the ship stopped in the Cayman
Islands and Cozumel, Mexico, before returning to New Orleans, Grace said.

Roger Frizzell, the chief communications officer for
Carnival Corp., said he was unaware of the Karras cruises, but he said Fathom’s
voyage to Cuba was historic nonetheless.

“It appears to be a Greek line,” he said of the Daphne’s
operators. “So I still believe our claim holds, since this is the first time in
over 50 years that a U.S. cruise company has sailed from the U.S. to Cuba.”

According to Grace, the last ship to sail regular
cruises from Miami to Cuba was the Florida, which gave up the route sometime in
1959.