The Disney Magic at the Pointe Simon dock in Fort-de-France as seen from Fort Saint-Louis in Martinique. Photo Credit: TW photo by Tom Stieghorst

Next year the number of cruise passengers to Martinique will exceed its population for the first time.

The small, French-speaking island in the Lesser Antilles expects around 440,000 cruisers in the 2017-18 season, compared with about 396,000 permanent residents.

The turnaround is due in part to a program to retire a generation of combative taxi drivers who were an obstacle to cruise line shore excursion programs, Martinique tourism officials said. Martinique’s use as a turnaround port for European cruise lines has also grown.

A couple of cruise lines are putting a greater effort into cruises to the southern Caribbean. Martinique has made sure that when North American cruise tourists arrive, communication isn’t an issue.

“You walk around, there are people speaking English,” said Roger Blum, a consultant for Martinique on cruise issues and principal at Cruise & Port Advisors in Miami. “The service staff are opening up to Americans.”

The result is an expected 203 calls and turnaround departures next season from 25 cruise lines, including 13 from Holland America Line, 11 from Norwegian Cruise Line and eight from both Princess Cruises and Seabourn.

For North American guests, there’s plenty to see and do. On a recent trip hosted by the Martinique Tourism Authority, I spent time in three areas of the island: the capital of Fort-de-France, the Trois-Ilets peninsula across the bay from Fort-de-France and the north, around Saint-Pierre.

Most big cruise ships dock conveniently at the Pointe Simon pier in downtown Fort-de-France, which was doubled in length several years ago. Buses are staged there for excursions, or guests can wander the city.

Among the attractions is Fort Saint-Louis, a 17th century battlement that still serves as the headquarters for the French Navy in the Caribbean. Because it is a working military base, it can be toured only with a guide from the tourism bureau.

Other attractions include a large covered market, the 19th century library of the liberator of French slaves in Martinique and a cathedral that celebrates Mass in English on days when cruise ships are scheduled.

Some ships also arrive at the less-central Les Tourelles terminal, which is mainly used by MSC Cruises and Costa Cruises for a turnaround on fly-sail cruises for Europeans. Last year they brought more than 104,000 passengers to Martinique. 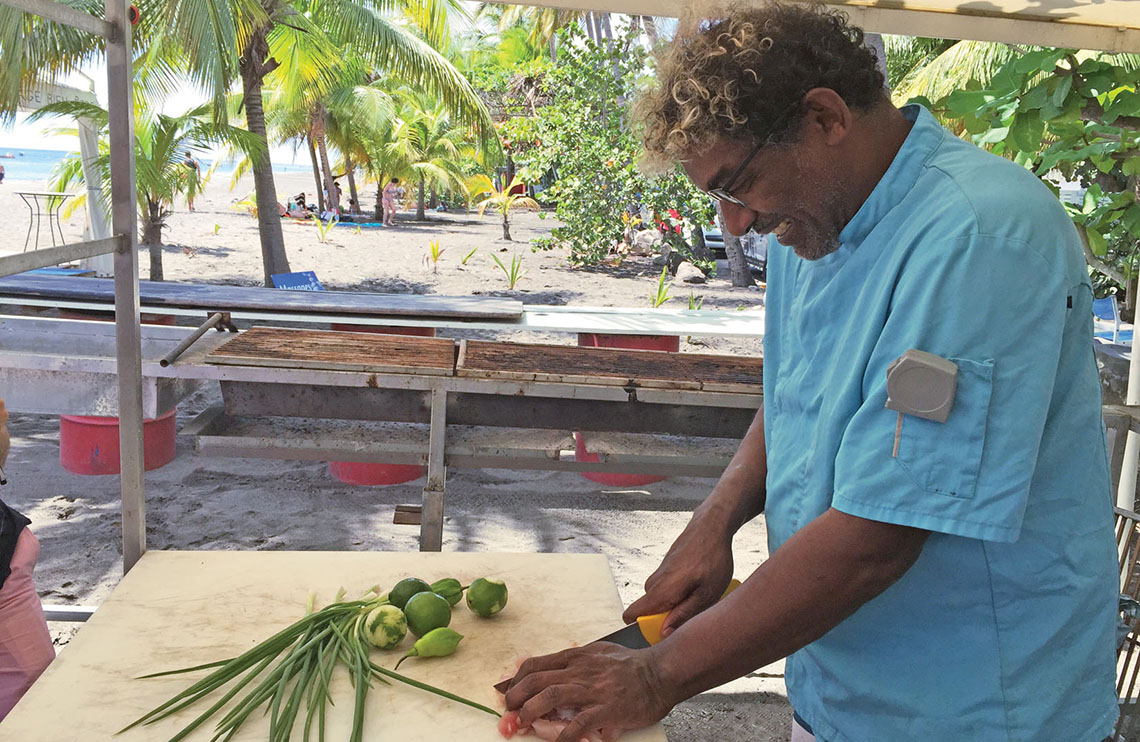 Martinique has several compelling shore excursions, mainly offered by Roger Albert Voyages, the island’s biggest provider. On a day when the Disney Magic called, about 100 guests took the 45-minute drive north to the Zoo de Martinique.

Built amid the ruins of an old sugar mill, the zoo has dozens of birds, snakes, monkeys, iguanas and jaguars, along with a pirate museum.

The zoo is south of Mount Pelee, an active volcano whose eruption in 1902 violently destroyed the port of Saint-Pierre and killed 30,000 people.

The remnants of Saint-Pierre make for an interesting tour, as does a trip on the way back through the rain forest, which we took on a semicovered bus through Caribbean Open Tour. Also worth a stop is the beachfront Le Petibonum restaurant in Le Carbet, where chef Guy Ferdinand made us ceviche from a blue marlin bought from a fisherman that morning.

Due to his habit of wearing a chef’s coat over cutoff shorts, Ferdinand is better known as “Chef Hot Pants.” A former aircraft mechanic, he’s got personality to spare. His outpost includes a rum bar that showcases all 12 of Martinique’s distilleries. 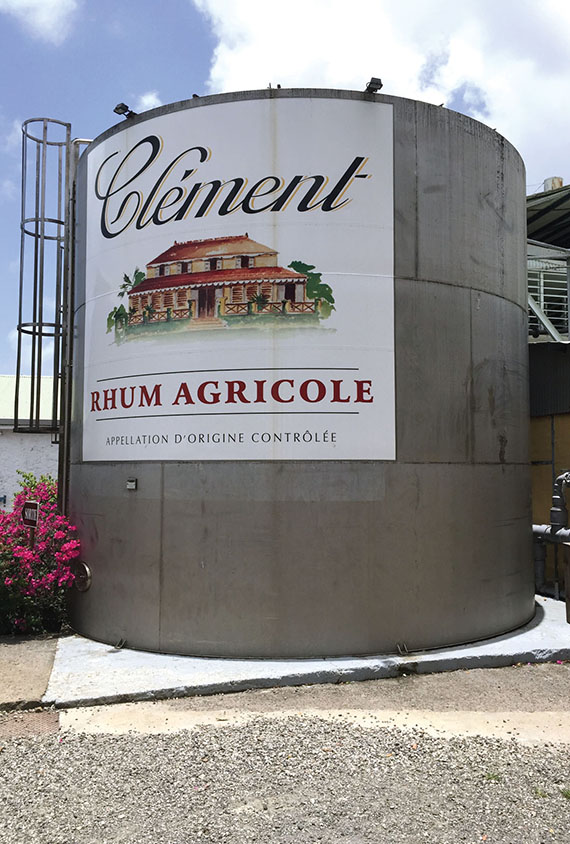 Another outstanding tour is of Habitation Clement, one of the rum producers. I’ve been to three or four Caribbean rum facilities, and this by far was the best. It includes an outdoor sculpture garden, several museums, a historical mansion, a warehouse full of rum casks and a factory-museum (be sure to get the English audio guide).

David Baude, a manager for Roger Albert, said cruise passengers like to combine Clement with a tour of a banana plantation. Another top tour is to a bay to swim among sea turtles, Baude said.

Cruise passengers looking to make the most of a day call in Martinique could do worse than to hop the ferry near the cruise dock to Les Trois-Ilets, about 15 minutes away. For around $8, they can visit one of the best beaches in Martinique at Anse Mitan.

Blum said some cruise passengers ask to be taken to the best beach in Martinique, which is the remote Les Salines, a $200 taxi ride. Anse Mitan is a practical alternative. We stayed for two days in Pointe du Bout, within walking distance of the beach.

One of the great charms of Martinique is that you are actually in France. The island is as much a part of France as Hawaii is of the U.S. There is a shopping village in Pointe du Bout where French fashions are available. A wide selection of French wines are served in the bars. The pastries and breads are made to French standards.

Blum said he’s done checks of the restaurants, bars and vendors in Anse Mitan and that most can accommodate English speakers. In addition to a beautiful crescent beach, there is a Jet Ski rental and a dock where sailing and snorkeling excursions are offered.

We dined at Le Kano restaurant, where guests can sit outside in the sand, practically on the beach if they wish. We ate just as well indoors, and our server, a young woman from France, couldn’t have been more engaging.