On the first morning of my Star Clippers cruise, dawn found us on the leeward side of an island. I went topside to take in the calm water and soft breezes as the sun gradually lit the peaks onshore.

The sails pushed us slowly in the light air.

One difference between sailing and motor cruising is that the weather really matters. As soon as we left the shelter of the island, the wind picked up, and I went below for a jacket.

A guest climbs rigging to reach a platform on the ship’s foremast. Photo Credit: TW photo by Tom Stieghorst

I was aboard the namesake ship of the line, the 2,286-ton Star Clipper, a four-masted barquantine that was capable of hoisting 16 sails should the need arise, as it did several times during our weeklong cruise in Indonesia.

The Star Clipper’s tallest mast is 213 feet above the wood deck, and the majesty of seeing the sails hoisted on every mast was one of the sights passengers came to see.

When the sails are up and the propeller is disengaged, there’s a special quiet. On a motor ship, the sound in a calm sea is like a hiss, while on a sailing ship even that sound is absent, leaving only the faint thrum of the engine far below as it runs the electrical functions of the vessel.

According to its cruise director, Peter Kissner, the Star Clipper is fully capable of being hand sailed. Its 36,000 square feet of canvas is raised and trimmed by a jungle of inch-thick lines threaded from belaying pins, around winch posts and through wooden blocks before soaring skyward where they attach to sails.

The look and feel of the Star Clipper was modeled after a turn-of-the-century tall ship. It is full of varnished wood and brass fittings, with carpets patterned with sailor’s knots and walls covered with paintings of racing sloops.

The Star Clipper and its three sister ships are cruise vessels, but they’re also the next best thing to owning or chartering a private sailing yacht. You’re not required to do any of the sailing work. But if you like, you can help the crew tug on the lines to raise the sails, or take a turn at the wheel behind the pilot house, with the advice and supervision of one of the ship’s officers to keep on course. 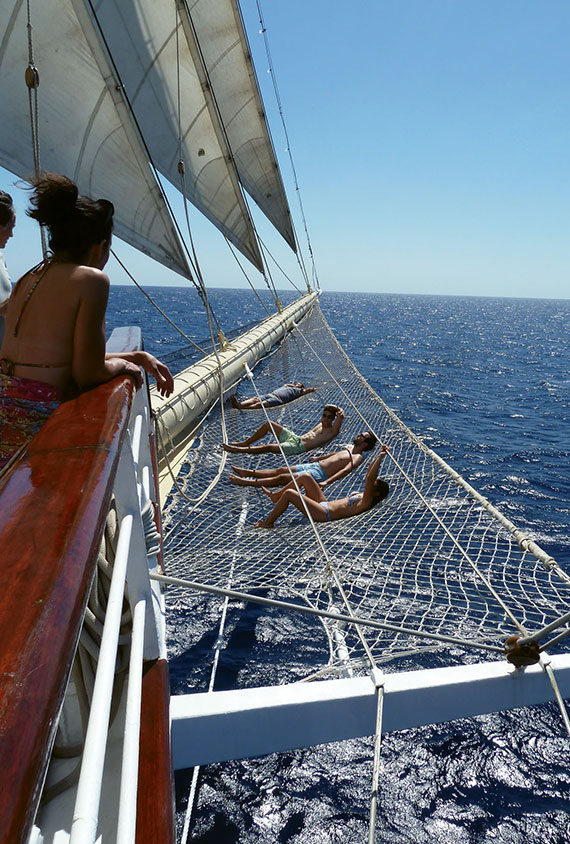 Participation in the sailing of the ship is a key selling point of a Star Clippers cruise. Another is hanging out in the netting that stretches beneath the long pointed bowsprit, listening to the waves and searching for dolphins.

Another highlight is climbing the 32 rungs on a cable and rope ladder to the first spar on the foremast. There, a small platform holds four climbers who can linger for a five-minute look around.

On our cruise, the climb was in such high demand that extra sessions had to be worked into the schedule. The bird’s-eye view of the ship from 30 feet above the deck makes the slightly vertiginous climb worthwhile.

‘Something different to do’

Our sailing departed from Benoa, on the island of Bali, and headed east to Lombok, Sumbawa and Komodo in the Indonesian archipelago, where we spent a good deal of our time snorkeling in coral gardens off the beaches.

My Star Clipper cruise in Indonesia started in and returned to Bali, but most of our time was spent near Lombok and other locations eastward in the archipelago, and in particular at various gilis. Read More

The 170 passengers were a mixed group, both by nationality and otherwise. About half were German speakers, with smaller groups from the U.K., the Netherlands, France, Belgium and Mexico as well as an escorted group of 18 Japanese seniors. About 15 to 20 of us hailed from the U.S. or Canada.

There were a half-dozen families with kids ages 6 to 18, a gay couple, a fair number of middle-aged couples and some seniors.

Veronica Thaanum, one of a pair of American women in their mid-30s on an annual girlfriend getaway, said she found the cruise while trolling through a Travelzoo ad and was intrigued by the small-ship experience.

Another U.S. passenger, Tippi Kuba, a flight attendant from Staten Island, said she and her husband have already been to Thailand and Tahiti, so the Indonesian itinerary was new.

“It was really exotic and something different to do,” said Kuba, in her 50s. It was her first cruise with Star Clippers.

When it comes to the layout of the Star Clipper, it is much like a river cruise vessel at sea. Cabins are on two decks, with a few premium cabins on the top deck. There is a single restaurant, which can feel a bit tight when full. Social life revolves around a single indoor/outdoor bar and piano lounge, where the best WiFi reception is also found. There are two small pools, a library and a tiny shop. 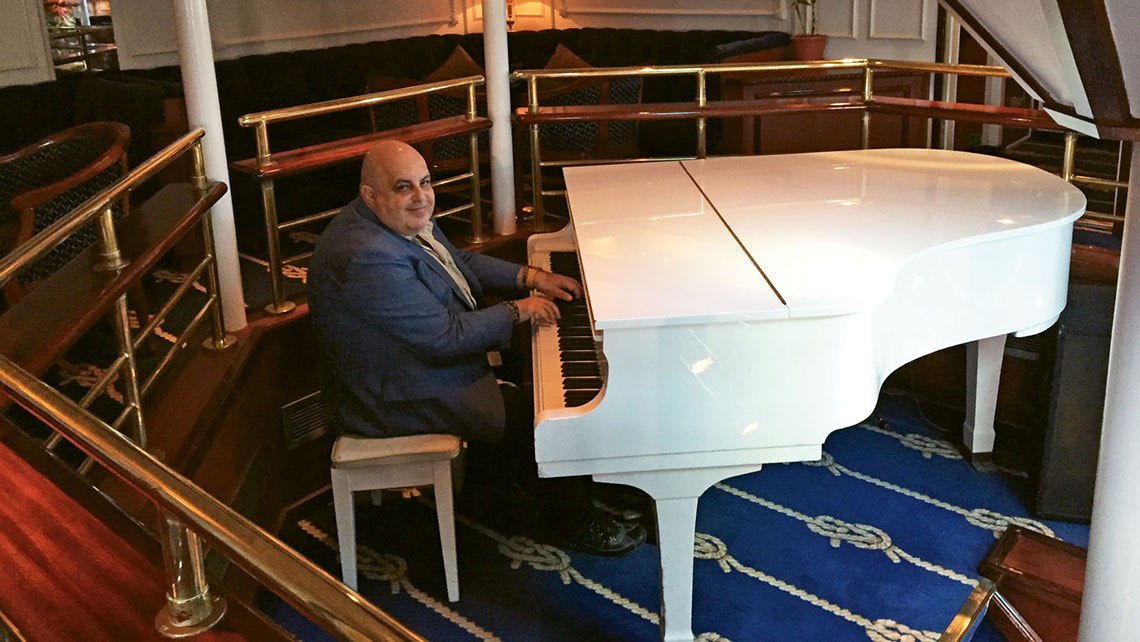 On such a small ship, guests get to know most of the crew. I found the dining service style to be business-like, but some might consider it abrupt. Servers have to hustle at dinner to keep up.

Not available but not missed: a casino, spa or gym. The day at sea on the Star Clipper was kind of a throwback to earlier cruising, with low-key activities such as a knot-tying class, a piano lounge sing-along or instruction on how to read a sea chart.

Blessed with good weather, our week’s voyage was smooth, but there’s definite motion sailing in and out of Benoa, which is exposed to long swells from the Indian Ocean.

Hapag-Lloyd ship’s itinerary? Put it to a passenger vote