The Viking Sun, the most recent of four ships delivered since 2015 to Viking Ocean Cruises, carries on the design themes that have been woven into the interiors of these most Scandinavian of vessels.

Subtle reminders of Viking heritage are everywhere on the 930-passenger ship, from the reindeer pelts and wool blankets draped across the backs of upholstered chairs in the Explorer’s Lounge to the snow grotto in the LivNordic Spa.

The Sun, which is currently on Viking’s first World Cruise, is in almost every way a copy of the line’s first three ships, the Viking Star, Sea and Sky. As onboard the Sky, the exercise room is a little bit more extended than on the Star and the Sea.

That’s about it for the differences, and that’s by design. Hagen has said he wants returning passengers to be at home on any of the line’s ships and not have to take valuable time from their vacation learning to navigate them.

The latticework on the Viking Sun is evocative of Yggdrasil, the world tree in Norse mythology.

I spent more than a week on the first ship, the Star, yet didn’t fully realize how thoroughly its designers had incorporated references to Nordic experience and seafaring into the design motifs.

One example is the patterned webbing of ropes that serve as screens on the windows between the public areas and the ship’s exterior. In addition to their functional use, they’re also meant to suggest the rigging on sailing ships of yore.

The double-height ceiling in the Viking Sun’s grand stairwell has subtle white ribs where it joins the walls, suggesting the structural wood ribs of a Viking raiding vessel.

At the bar in what’s called the Living Room, a multipurpose space for short excursions, guest services and the like, the wood between the bar and the floor is arranged in a clinker pattern of overlapping horizontal strips, the way the hull of a medieval Viking ship would have been constructed.

The high backs of chairs at the bar are decorated with patterns that recall Norwegian rosemaling embroidery, although in more abstract patterns and subdued colors than the craft model. 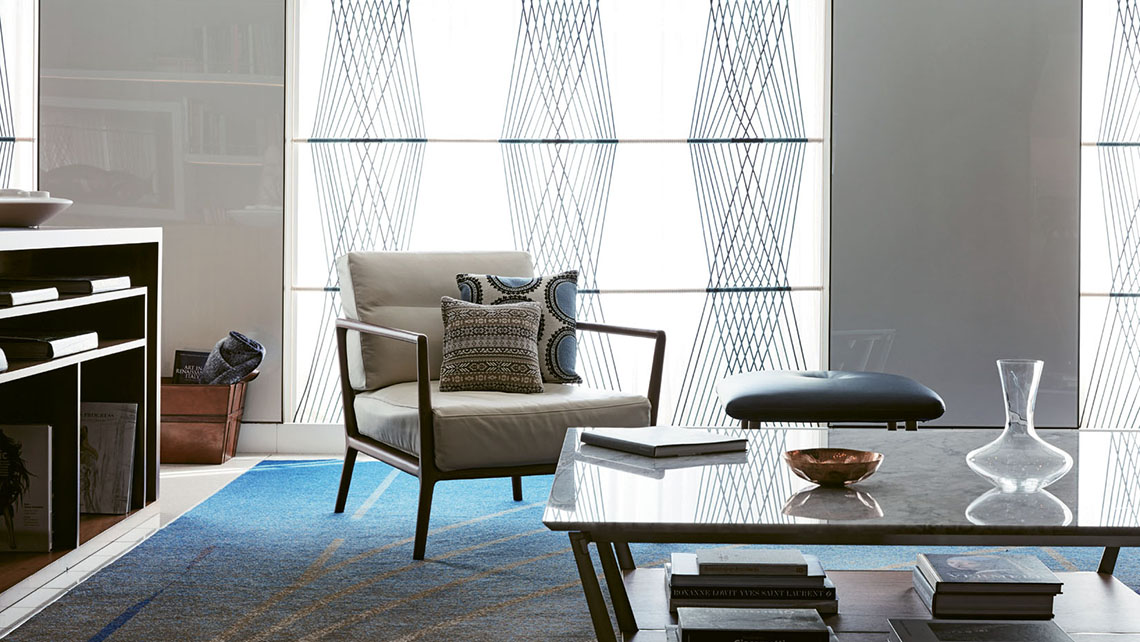 Corded screens on the windows suggest a ship’s rigging.

Carpeting throughout the Viking Sun, while appearing merely abstract or decorative, upon further inspection reveals the lines of a Viking longship or the compass rose, suggesting exploration.

“It’s very thematic, but we also want to do it in a very tasteful and clean way,” said Amanda Hollinger, a publicist for Viking.

That extends to the design of ceramic tiles around the pool, which are updated versions of traditional Norse knitwear patterns. “Nothing is done without thought on this ship,” Hollinger said.

Viking Sea just like her sister, with a few tweaks