FORT LAUDERDALE — Norwegian Cruise Line will get a high-design terminal at
PortMiami that will host the Norwegian Encore when it arrives in Miami in
November 2019.

The terminal, designed by Miami’s Bermello Ajamil &
Partners, will be shaped like a long bow bridge, with transparent glass faces
on the north and south sides. It will be 700 feet long, 150 feet high and have
giant white NCL initials on the structure.

A parking garage with 1,054 spaces with sit next to the
terminal and be connected to it by a second story walkway.

Miami-Dade County will spend more than $100 million to build
the terminal, but the exact amount won’t be released until plans go before the
county commission in April.  Frank Del
Rio, CEO of Norwegian Cruise Line Holdings, said NCL will “co-invest”
in the building but declined to specify the level of co-investment. “It
will be world-class dollars,” he said.

Construction is expected to begin in May on the site, which
is currently a parking lot. The project will rise immediately west of the new
terminal being developed for Royal Caribbean Cruises Ltd., which is expected to
open in November in time for the arrival of the Symphony of the Seas.

Together, the two terminals will set a high bar for other
ports, said PortMiami director Juan Kurlya. “The beauty and feel and look
of this port will be second to none,” he said. 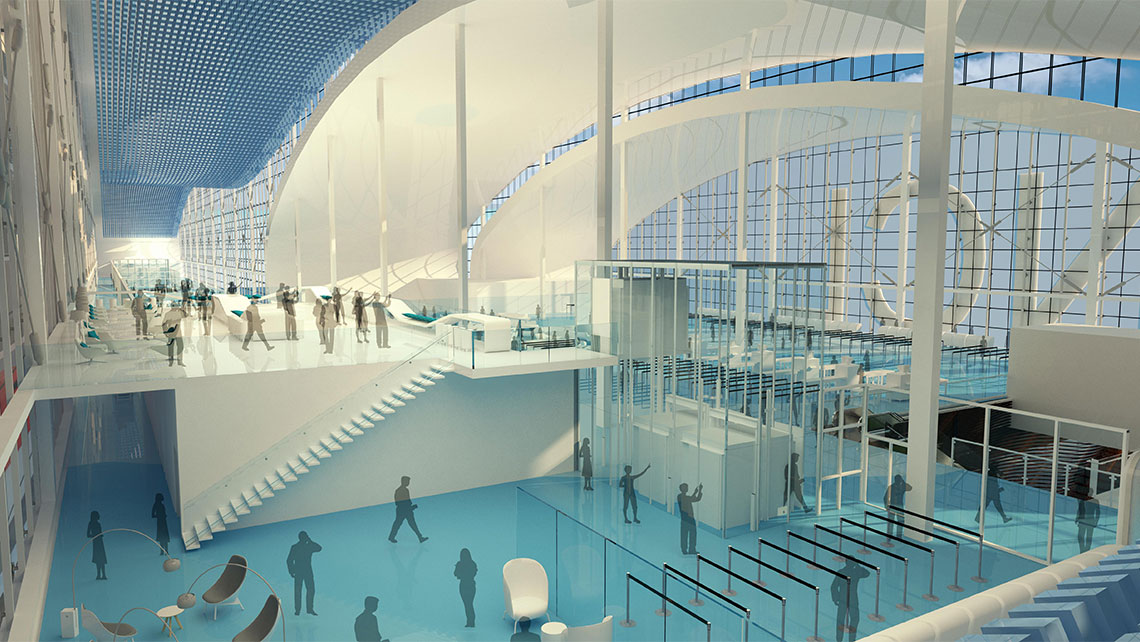 Kurlya said that Terminal B/C, which is currently used by
NCL, will be redeveloped as Terminal C.
Norwegian will hand back its preferential docking rights there for a
period of time, but will have preferential use of the new terminal.

Eventually, Norwegian could dock two 4,200-passenger
Breakway Plus ships together, one at the new terminal and one at Terminal C.