SHANGHAI — David Herrera, president of Norwegian Cruise
Line Holdings’ China operations, revealed some of the features that will debut
on the Norwegian Joy, a ship being built for the Chinese market.

Herrera made the announcement here during a keynote address
at Travel Weekly’s CruiseWorld China.

Although Joy is a sister ship to the Escape, it will
offer several “first-at-sea” features related to activities, hotel, service and
gaming.

Some attractions — a formal tea room and an upper-deck
Serenity Park — are what one might expect on a ship built for Chinese guests.

But other features would seem to fit ships sailing the
Caribbean equally well.  The Joy’s
highest-profile attraction, literally, will be a two-level race track on the
top decks in which 10 guests in electric carts will compete in a 5-6 minute
race. (NCL is in discussion with possible partners whose logos would adorn the
cars, Herrera said.)

Autos are also front-and-center in a Formula 1
attraction. Race cars have been converted into individual three-screen
simulators displaying famous race tracks from around the world.

Deck 16 activities will include Oculus virtual reality
technology in several variations, including walking a plank between buildings,
hang gliding and a design-your-own roller coaster module.

Motion simulation will be the attraction in a colorful
fleet of Star Wars Battle Pods. 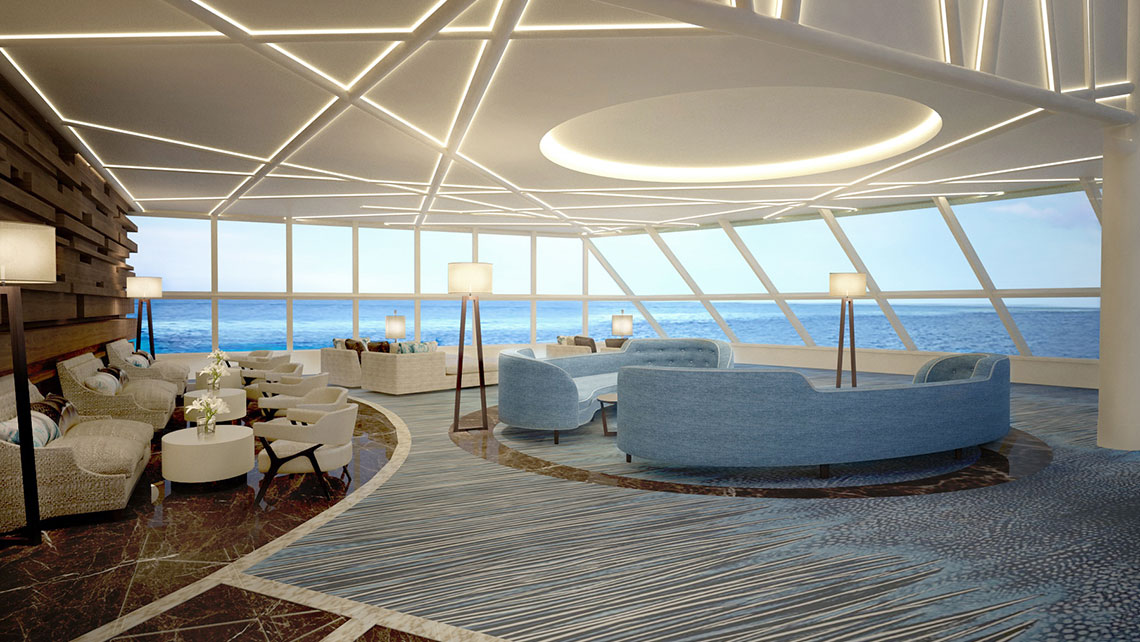 The Haven’s observation deck will have views “as good as the captain’s.”

Laser tag, a giant touch screen for young children, hovercraft
bumper cars, wider-than-ever waterslides with transparent panels that go over
the side of the ship and several karaoke rooms complete the new activities
offerings.

On the hotel side, a new level called Concierge will be
built above the Haven. It will not be as luxurious as the Haven but will have
unique features, including a new suite class with two bedrooms and a simulated
balcony.

Both the Haven and Concierge will have observation decks
whose views, Herrera said, are “as good as the captain’s.”

The ship will feature many more family friendly suites
and rooms with connecting doors than on any previous NCL ship, Herrera said. He
added that the new room configurations reflect the  Chinese tendency to travel with multiple
generations.

Studio cabins for singles, a feature of every NCL ship
since the Epic, will not be on the Joy. 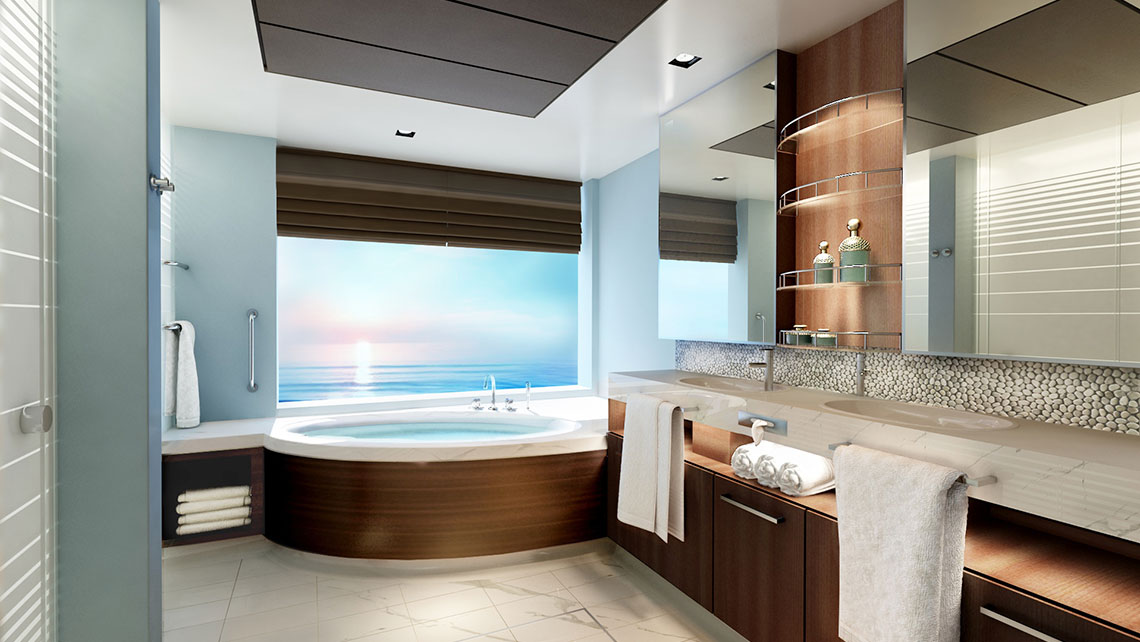 A bathroom in a Concierge suite.

The ship will, however, feature the highest crew-to-passenger ratio of any contemporary-class
ship, in part because it will carry 250 fewer passengers than the Escape. (Herrera
said that additional staff was also hired.) The space occupied by some cabins
that had been on the Escape has been given to the casino and shopping areas.

The 29 restaurants onboard will include one for Korean
barbecue as well as a Japanese shabu-shabu restaurant. Herrera declined to say
how many of the restaurants will be specialty dining requiring a surcharge.

“It’s about bringing best of east and west together,”
Herrera said, summing up all the changes.

More details will be announced in the coming months, he
added, including the names of luxury store brands. 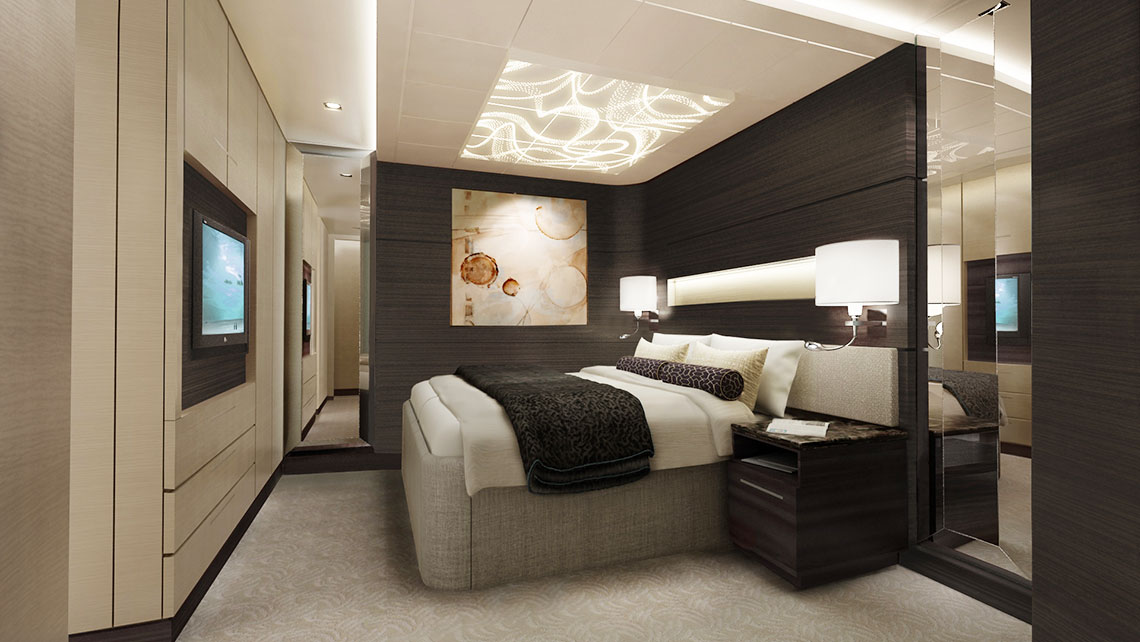 Norwegian Cruise Line Holdings’ executive vice president
for international development, Harry Sommer, said that the Chinese operation
has renamed itself from “Norway Cruise Line,” as it was known in China, to
three characters which phonetically sound like “Norwegian” but which translate
to “promising, exclusive and authentic.”

The Norwegian Joy is due to enter service in summer 2017.

AHIC 2020: China recovery should be cause of optimism for us all