Cunard Line’s Queen Mary 2 is back in service after a $132
million refurbishment completed at the Blohm + Voss Shipyard in Hamburg,
Germany.

During the 25-day renovation, the Queens Grill and Princess
Grill suites and restaurants were redesigned. The redesign of Britannia
staterooms is due to be completed by the end of the year.

The atrium on the refurbished QM2.

Public spaces were refreshed, and the former Winter Garden
was transformed into the Carinthia Lounge. The Verandah is the ship’s new
specialty restaurant, and the Kings Court buffet was refreshed and restructured.

The only cruise ship to carry dogs and cats, the Queen Mary
2 has doubled its number of kennels from 12 to 24.

In addition, the ship extended the kennel area, adding an
owner’s lounge, new pet playground, and a larger outdoor area with an “English
lamppost and American fire hydrant so canines from both sides of the pond will
feel at home,” Cunard said.

Cunard also repainted the exterior of its flagship. 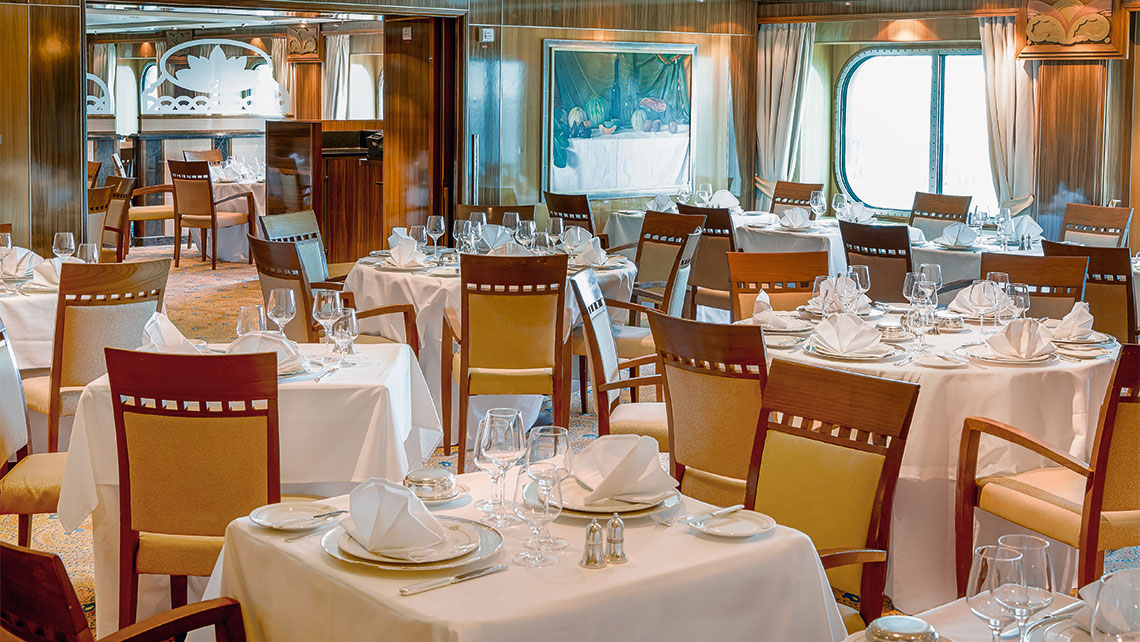 “The remastering of Queen Mary 2 continues the transatlantic
tradition by the thoughtful contemporizing of the product for today’s
discerning traveler, while maintaining the refined design aesthetics and
service standards that are deeply based in British style and refinement,” Cunard
CEO David Noyes, said.

The vessel embarked on a transatlantic cruise from New York on
July 6.

Queen Victoria has updated look but the same grand library