• Firsthand impressions of the real Colombia

For what it’s worth, many people know about or are curious about Colombia in part because of its cocaine trafficking sagas and larger-than-life drug lords like Pablo Escobar. In fact, his infamy will continue to grow later this year with the release of the movie “Escobar: Paradise Lost.”

But it’s what people don’t know about Colombia now that the dust is starting to settle on decades of turmoil — the fact that the country’s tourism assets have been quietly bulking up behind the cocaine curtain — that will ultimately impress them most once they visit.

“When I bring people to Colombia, they have no expectations, or the expectations are the wrong ones,” said Claudia Davila, U.S. director of tourism for Proexport Colombia, the government agency in charge of the country’s tourism promotion. “They are like, ‘Oh my God! I never thought it was this safe. It’s so beautiful.'”

Colombia’s under-the-radar status enables it to benefit from a certain “wow factor,” Davila said, describing the reaction she gets from people when they finally do decide to visit.

The country boasts a rich network of pristinely preserved national parks, 56 in all, as well as numerous nature reserves and sanctuaries that represent the wide range of the country’s ecological treasures, from lush, tropical rain forests to soaring volcanic mountain ranges, from white-sand beaches to arid plains. Colombia also happens to be home to over 1,800 bird species, the largest number in any one country, making it a coveted birding destination.

Tour operator International Expeditions introduced Colombia — with an emphasis on its nature, birds and wildlife — as a new destination last year. According to Greg Homel, an ornithologist and an expedition leader for International Expeditions, “There’s a … potentially positive outcome that has resulted serendipitously from the former presence of drug cartels mostly in the wildest extremes of Colombia.

“Ironically, these regions formerly dominated by the cartels’ grips have remained relatively pristine into this point in history, where they can now be preserved for their biodiverse land and ornithological riches that the whole world can enjoy and benefit from.”

There are also regions like the rolling green mountains of the Coffee Triangle and popular cities such as Bogota, Medellin and Cartagena that are all opening up with a fervor as pent-up demand stokes steady tourism growth.

While there is a lot of potential for Colombia to impress once it lures people in, getting past the perception hurdle has been a nagging problem for the country’s tourism industry ever since it began opening up to visitors toward the end of the 1990s, as the government started making strides in its war on drug cartels. 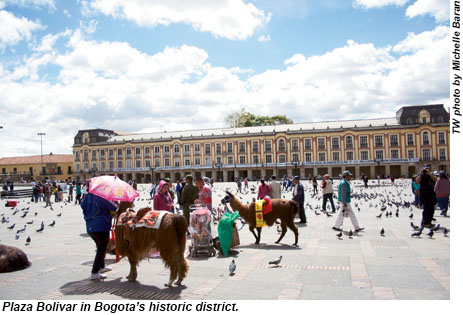 “I’ve had my eye on Colombia for probably the last four years,” said Bill Robison, director of product development for International Expeditions. He recalled meeting with Camilo Duque, leisure tourism director for Proexport, at the U.S. Tour Operators Association’s annual conference in 2009. “I just remember thinking, ‘Oh my God, this guy has his job cut out for him because nobody is going to sell Colombia.'”

But by 2012, Robison found himself traveling through Colombia to develop an itinerary for International Expeditions.

“I’m as guilty as everyone else,” Robison said. “We’ve all seen the movies, with the drug cartels.” Yet despite his perception before heading to Colombia, he recalled, “I think the first thing that struck me, when I landed in Bogota, I was pleasantly surprised immediately. It was so clean. As the trip progressed, I never once felt uncomfortable. I never once felt unsafe.”

He added, “The next thing that blew me away was how friendly the local people are. I expected them to be more reserved. But the people were friendly as can be.”

“Pleasantly surprised” is a phrase repeatedly used by newcomers to describe their reactions to Colombia. Less clear is what exactly they were expecting to find that leaves them feeling that way. A more destroyed place? A more dangerous vibe? A more damaged populace? 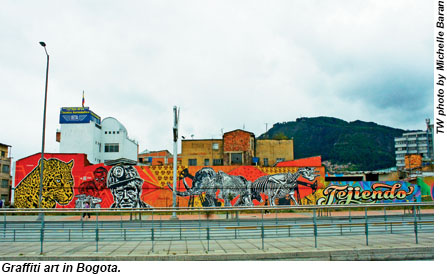 With a country that’s been relatively closed off to the traveling public for so long, it seems predictable that many first-time travelers to Colombia really don’t know what to expect at all.

The challenge in selling Colombia is “educating our clients, as we often still hear some of the old stereotypes that were associated with Colombia,” said Ignacio Vallin, destination manager, Latin America and Antarctica, for Cox & Kings, the Americas. The luxury operator has been selling Colombia since 2003.

The reality, Vallin added, is that “Colombia has been safe for U.S travelers since the late ’90s.”

While it can’t have been easy to try to sell Colombia as a tourism destination until recently, it should only get easier now that the country is making steady social and economic progress.

In 2013, Colombia welcomed over 1.8 million international visitors, a million more than it had welcomed just one decade prior, in 2004. 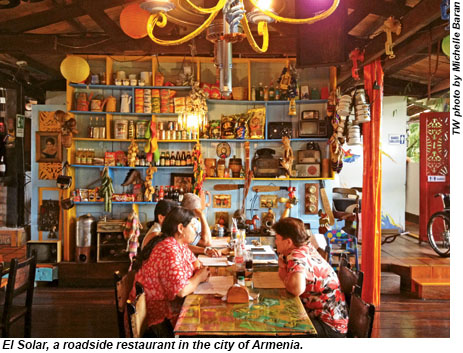 What they’re finding when they arrive is a wide range of tourism infrastructure and offerings. From Cartagena, Bogota and Medellin, where the tourism economy is most visible and numerous new hotel projects are underway, to humble outposts like Minca in the Sierra Nevada de Santa Marta range or quieter stretches of coastline, the variety of tourism offerings and amenities is vast.

For certain travelers, accommodations and infrastructure outside of the main tourism hubs of Bogota and Cartagena might seem subpar. To others, the country’s more remote venues feel like a breath of fresh air compared with so many of the world’s overdeveloped tourism destinations.

“Authentic is the word I often use when describing Colombia,” Vallin said. “The country is still in its infancy when it comes to tourism, but this is what makes Colombia such a special place.”

As the destination evolves, so too do its challenges. Tour operators report that they’re transitioning from having had to convince people it’s safe to go to Colombia to now having to address concerns that it’s too underdeveloped from a tourism perspective. 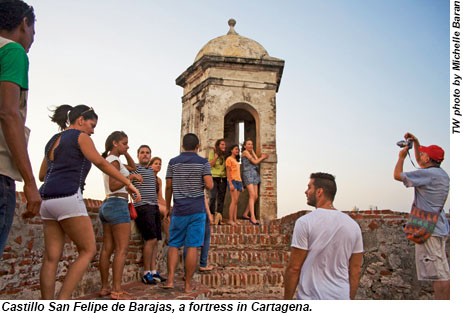 Rachel Wasser, innovation manager at G Adventures, which has been selling Colombia as a standalone destination since 2009, said, “I think fewer people associate Colombia with drug wars now and perhaps simply see a country with less infrastructure. I think it’s changing rapidly, and more people are starting to see the real value in visiting Colombia and continue to hear positive reports of general safety and infrastructure.”

Investment appears to be pouring in for hotel development. According to the country’s Ministry of Trade, Industry and Tourism, 23 hotels are slated to open in 2014, 12 in 2015 and 10 in 2016.

Those include high-profile luxury properties, such as the W Bogota, which is opening this December, and a 120-room, six-star Viceroy property that is under development in Cartagena.

And while most of the lodging investment is in Cartagena and Bogota, the current hotel projects extend beyond the core tourism centers to places such as Bolivar, Magdalena and Santander.

One of the potential benefits of being a relative latecomer to the tourism game is that Colombia can look around at other tourism destinations, observe what mistakes were made and try to avoid them. 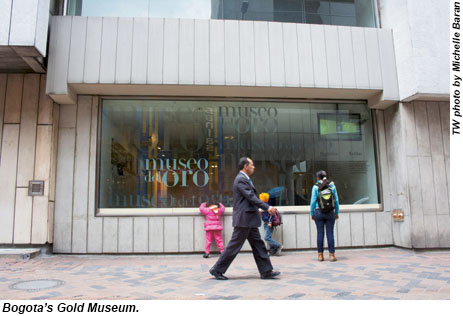 International Expeditions’ Homel observed, “I think that the conservation movement in Colombia has benefited from and learned the strives and mistakes of other developing countries in Latin America and has so far wisely planned their ecotourism developments and reserves, more around the preservation of the birds and wildlife within, than around the human infrastructure.”

Colombia’s tourism industry is coming of age at a time when sustainable development is a hot-button topic, and the country appears to be keenly aware of the need to strike a balance between investing in its tourism infrastructure and hotel capacity, while not ruining the resources that make the country appealing.

“In terms of tourism, less will be more in the long run,” said Cox & Kings’ Vallin. “As with any emerging tourism destination, overdevelopment and too many tourists tend to take away from the authenticity that Colombia has to offer. However, Colombia is far from this problem.”

Perhaps some of the country’s stubborn perception issues will only give Colombia more time to develop its tourism product at a reasonable pace.

“I don’t see [tourism development] progressing too rapidly,” Robison said. “People realize that the quaintness is what people are coming for. … I can’t see them putting a huge resort up in Minca.”

But, he acknowledged, even if Colombia works to slowly but steadily enhance its tourism assets, the country still has its work cut out for it.

“They have to overcome a bigger hump than any other country I’ve seen,” Robison said. “It’s a very special case with narco-trafficking. It’s so ingrained in the media. There’s still a U.S. travel warning, and the warning says the travel situation has improved, but they still keep the warning just in case. Colombia has a hill to climb.”

Tour operators raising the bar on expedition and luxe cruising

Hilton, Hyatt and Others Pull Back the Curtain on Making Hygiene More Than Theater