It is not surprising, given the uncertainty created by serial delays in cruise relaunch dates, that guests are booking their sailings further and further out as a hedge against their departure being canceled.

But even given these circumstances, ocean and river lines are seeing their booking curves move way beyond what would be expected, and they are opening their books further out than ever in response.

According to a report from Truist Securities, as of March, the cruise booking window was at a record length, with a 365-day average versus 210 days one year ago.

Vicky Garcia, COO of Cruise Planners, said its average cruise booking window has more than doubled when comparing 2019 purchases year-to-date to the same period of 2021.

“While our typical booking window from cruise was an average six months, consumers are booking more than one year out due to Covid,” she said.

The strength of 2022 bookings is pushing cruise lines to open up 2023 and even beyond, especially given the expected demand created by the large number of cruisers who will not have sailed for most of 2020 and much of 2021.

Carnival Corp. reported April 7 that its cumulative 2022 booked position is ahead of “a very strong 2019.”

“We believe demand will exceed supply, partly because supply will be so limited initially and also because there will be two to three years since the last cruise for many itineraries,” said UBS analyst Robin Farley in a note to investors. “We expect to see pent-up demand for leisure travel generally, since leisure travel is not yet able to be replaced by a Zoom — and cruising is pure leisure travel.”

Advanced full-year 2022 bookings are ahead of what Carnival said was a very strong 2019.

Crystal Cruises has always opened its itineraries ahead of other lines, and in July 2020 it opened sailings three years out as it always does. Still, while Crystal would not say what the normal booking window is, interim CEO Jack Anderson said that “more bookings have pushed to 2022/2023 than we would have expected in a non-Covid world.”

The line reports that currently 20% of its bookings are “close in,” within nine months or less of departure; 70% are within nine to 18 months; and 10% are from 18 months to 36 months out.

And according to several other brands, when they open the books, clients bite.

Silversea Cruises said its World Cruise 2023 shattered its bookings record, with the 139-day voyage fully sold out on the day of its general opening.

“This triumph pays testament to the strong demand we are seeing in the market, particularly from affluent, sophisticated travelers,” said Roberto Martinoli, Silversea CEO.

The luxury line joined a club already populated by Regent Seven Seas, Oceania Cruises and Viking Ocean Cruises; all three had reported that their 2023 world cruises are sold out.

“[It’s] getting busy!” he said. “We have a good amount of European river cruise booked for 2022 and have some good Oceania bookings for 2022.”

Jamie Jones, president of Whirlaway Travel in West Chester, Pa., said the agency is booking river cruises out as far as 2023.

“Even if we are not able to book, we are advising that as soon as rates are available, they will need to pull the trigger,” she said.

Suzy Schreiner, owner of Azure Blue Vacations in Seattle, Wash, said she is seeing some river lines opening up into 2023 and that although they are not generally opening as far out as the ocean lines, having bookable inventory available now for late 2022 sailings is “early for them.”

In February, American Queen Steamboat Co. opened up 2023 bookings a year early, the furthest in advance it has offered a season, and AmaWaterways opened bookings for some 2023 sailings, which company executive vice president Kristin Karst said was about eight months early.

It’s not only cruises: Schreiner said tour operators are also opening into late 2022.

“It makes sense since they are now pushing out not one year but two years of touring and will likely run out of space for new business during prime touring months,” she said. 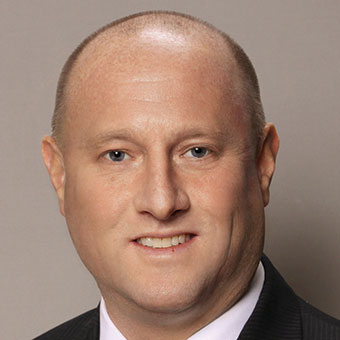 Jay Johnson, president of Coastline Travel Advisors in Garden Grove, Calif., also said that tour operators and hotels are opening the books much earlier than normal.

“For years you could only book a year in advance with a lot of properties, but I’m seeing reservations being confirmed for two years in advance, especially in places like Africa, where you always had to wait,” he said. “Now, they are accepting reservations far in advance, which is fantastic. I hope this trend continues even when things start to get back to normal.”

Jones of Whirlaway noticed a similar trend and said that lack of availability is forcing land vacationers to book further out, especially for Europe.

“We have been pushing clients to book further out because of availability,” she said. “FITs for Europe are getting booked for summer 2022 — normally we look at a nine-month lead time, now we are looking at 15 to 18 months. Rates aren’t always available, but getting the confirmation with an expected rate increase or being able to lock in 2021 rates has been really helpful.

“The momentum is building quickly, and travel is getting exciting again,” she said.

However, Mandel of Longwood Travel said that in his experience, cruises are booking further out than land, in part because air is only available 331 days prior.

In general, the pandemic seems to have turned the booking cycle on its head, with advisors not only booking into 2023 but also for this spring and summer.

“People are planning far in advance, or very close in,” Johnson said. “There doesn’t seem to be anything in between. It’s either last-minute domestic trips to places like Hawaii or Arizona or international trips in 2022 and beyond.”

Jeri Clausing contributed to this report.

A nude cruise in the Caribbean is coming up next year