North American cruise passengers traveling to the Mediterranean are more likely to start or end their cruise in Barcelona than any other port in Europe.

Over the past 15 years, Spain’s second-largest city has cemented its spot as the premier Mediterranean turnaround port, with nearly 2.7 million passenger movements last year, according to Riposte Turismo, an Italian cruise research firm. Many of those passengers stay in the city either pre- or post-cruise for its mild climate, delicious cuisine and cosmopolitan atmosphere.

Any exploration of Barcelona starts with the city’s crown jewel, Las Ramblas, a tree-lined pedestrian boulevard that’s close to where passengers board their ship. It meanders the path of an ancient buried river that once ran through the city.

Like the Champs-Elysees in Paris or Rome’s Via Veneto, one can stroll Las Ramblas for the pure pleasure of it, taking in the architecture, the street spectacle and the people-watching as it unfolds.

On either side of Las Ramblas lies the tight, medieval quarter of Barcelona, with narrow alleys, Gothic churches and plenty of shops, taverns, restaurants and dessert emporiums to explore at every turn.

If you stroll Las Ramblas past Plaza Catalunya you will come upon Casa Batllo, one of the buildings of Barcelona’s signature architect, Antoni Gaudi, whose style is uniquely inspired by the Catalan region of which Barcelona is the principal city.

Although Casa Batllo is the most easily visited of Gaudi’s buildings, the trip to see Sagrada Familia, Gaudi’s unfinished cathedral in the central city, is part of many guided tours.

Casa Vicens, the first house Gaudi built, in 1888, is scheduled to open permanently to the public in October.

Less celebrated but also worth a trip is the pavilion that Ludwig Mies van der Rohe built for a 1929 exposition in Barcelona. Known for its simple form and striking stone, it embodies the Mies aphorism of “less is more” and is furnished with his iconic Barcelona chair, which is now widely copied.

Visiting the Mies pavilion will take you to the high ground of Montjuic, where the stadium from Barcelona’s 1992 Olympic Games sits. The Games produced a variety of landmarks that still stand in Barcelona, including a lattice sculpture of a giant fish made from bronze-colored stainless steel by architect Frank Gehry. 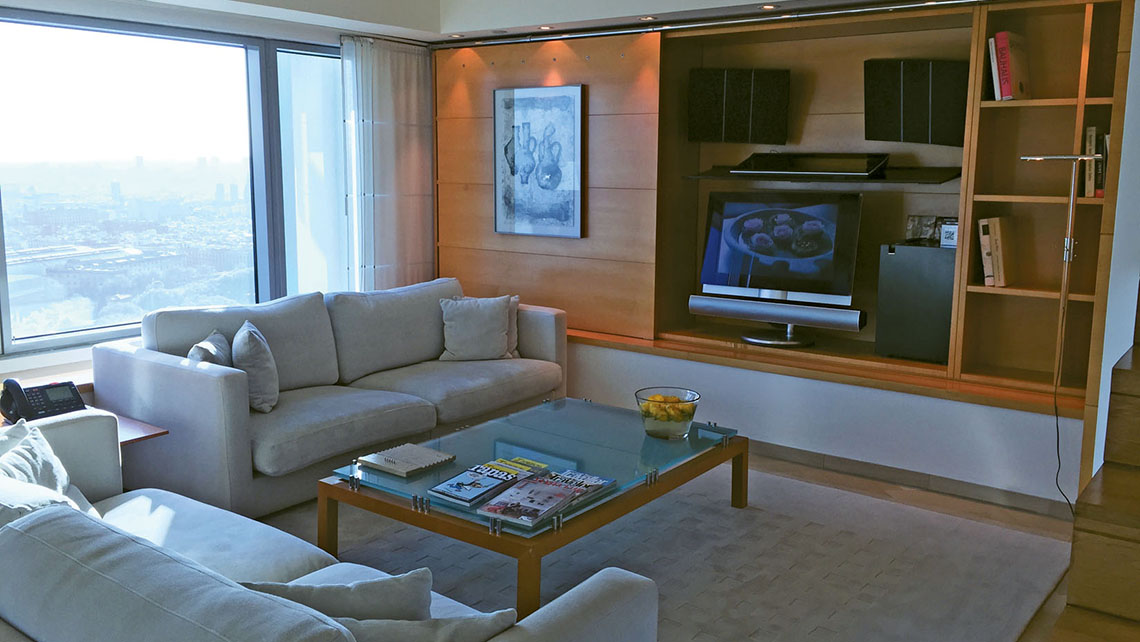 Next door to the fish statue is one of Barcelona’s premier places to stay, the 44-story Hotel Arts, a Ritz-Carlton property that is the city’s tallest building. (See related article, “Striking views, more at Barcelona’s stylish Hotel Arts.”)

For those on a budget, another hotel I’ve enjoyed staying in while in Barcelona is the Hotel Adagio, which is a block or two off Las Ramblas on Carrer Ferran in the Barri Gotic, the Gothic Quarter.

Near the Adagio is one of the tapas bars that make eating in Barcelona such an adventure. On the Saturday night I visited Bar Canate, the long bar was lined with patrons sampling fare such as duck cannoli and oxtails in red wine sauce. The simple€ham croquettes, at just over $2, were scrumptious. The server jokingly asked if I wanted one, two or 26, and if I had known how good they were I might have accepted 26.

Tapas bars tend to be small, long rooms that get crowded quickly. Half of the pleasure of a tapas bar is interacting with the owner, the servers and your fellow patrons.

At Suculent, another tapas bar in the old quarter, when I asked for a sangria I was told that it was a stereotypical drink and that “you have come to a place that is not stereotypical,” so I was served tinto de verano, a presumably less predictable substitute, instead.

Among the dishes I sampled at Suculent was a white asparagus tapas with a smoked eel carbonara sauce, which was crunchy, smoky, silky and tasted of asparagus all at the same time. It was something I may not have ordered, except that being in a nonstereotypical place I felt obligated to have a dish out of my comfort zone. 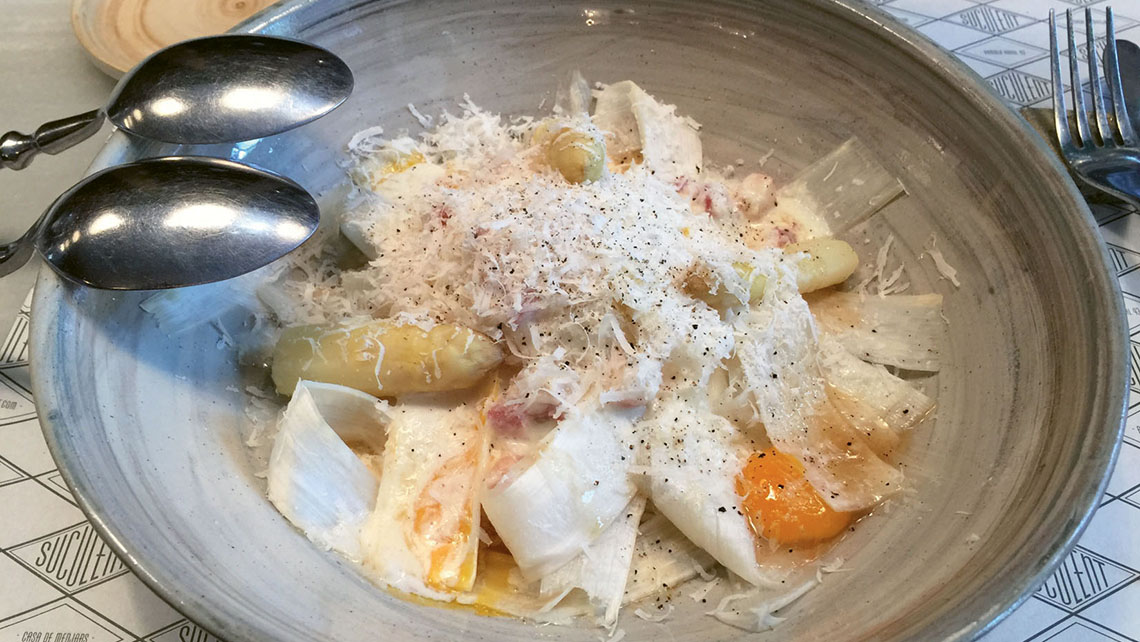 Worth checking out is the Bar Central in Barcelona’s amazing Boqueria market, where I had a delicious skillet of shrimp in garlic sauce. Just off Las Ramblas, the Boqueria has every kind of fresh food, tantalizingly displayed. One couple I know packs a vase for their cruise and buys fresh flowers at the Boqueria prior to boarding.

I can’t leave the topic of Barcelona without advocating that visitors rent a bike from one of the city’s many rental shops and take advantage of one of the most bike-friendly cities in Europe.

Barcelona is a city of broad avenues and boulevards, crisscrossed with bike lanes. The city is in the midst of a $36 million plan to nearly triple the number of bike-only throughways to 191 miles by 2018.

I secured my ride from the Happy Bike Shop, located just north of the park near the Barcelona Zoo. Bring a photo ID and a credit card, although cash is readily accepted. Two days’ rental cost me around $30. Cruising the city during a spring day in April, I saw far more than I would have on foot, and at a more intimate level than on the Hop-On, Hop-Off bus.

The Happy Bike Shop arranges group tours if given advance notice and works with affiliates that offer tours on Segways and GoCars, a type of three-wheeled, two-seat motor scooter that uses a GPS to guide users on a route around the city.

Building a Creative Culture From a Rigid Singapore