This summer, Royal Caribbean International, Celebrity Cruises and Crystal Cruises will launch the first large-ship ocean cruises in North America in more than a year. But with a caveat: Adults and crew must be fully vaccinated against Covid-19.

In Crystal’s case, the vaccination requirement extends to all passengers, minors not excepted.

Prior to those departures, small ships in U.S. waters will have already set sail on ships also mandating vaccines. These include departures by the American Queen Steamboat Co., American Cruise Lines and UnCruise Adventures, the last of which established a vaccine requirement on its Alaska cruises that will launch in May.

These vaccine requirements for cruising have likely set a precedent that many in the industry think will become the norm for the foreseeable future.

But vaccine hesitancy in the U.S. is high: 30% of American adults will choose to not get a Covid-19 vaccine, according to an NPR/PBS Newshour/Marist poll. Although the majority of potential cruisers are on board with the idea of vaccine mandates, some travel advisors say many of their clients are not and are disappointed with cruise line vaccine requirements for sailing.

DeeAna Archer, owner of Texas-based Archer Luxury Travel, said that about 80% of her clients have told her they would refuse to get a vaccine this year.

“This is certainly welcome news for those who have been waiting to get on one of the first cruises and a good sign that others will follow suit soon,” Archer said of the plans to resume cruising. “On the downside, the requirement to show proof of vaccination might be a deal-breaker for some of my clients.”

Joe Gandolfo, a travel advisor with Preferred Travel in Naples, Fla, said many of his clients “don’t like being compelled to vaccinate in order to travel.”

“They would like to be able to choose for themselves,” he said. “I believe that in the end cruise lines and airlines will amend their decisions based on economics, since the science is fluid and inconsistent.”

While earlier polls suggested that having vaccines mandates in place would compel more Americans to get the shots, these advisors are not seeing that in response to these cruises. 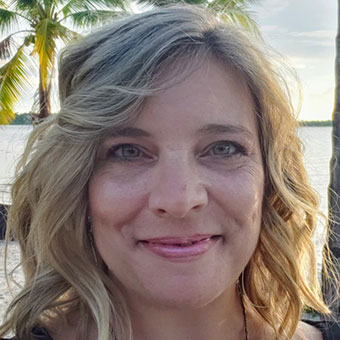 “Those who have been hesitant about vaccines seem even more resolved to avoid travel scenarios where there is a mandate,” said Suzy Schreiner of Azure Blue Vacations in Seattle, adding that a client making plans for early 2022 stated in an email that “if a vaccine is mandated, they will cancel. My perception is the vaccines are a matter of personal ethics and/or health, in which case, if someone is philosophically opposed to vaccines or they cannot receive one, they will simply look for ways to enjoy their vacations without one.”

Archer said only a handful of her clients would consider it based on travel restrictions.

“I have about 10 bookings with clients who said they would get it if they had to, but only if it meant they couldn’t travel without it,” Archer said. “So they will wait until the last minute to have to get it. So far, clients are moving trips.”

ASTA recently reported that 44% of Americans say will get vaccinated so that they can travel. A survey by review site Cruiseline.com found that 72% of those who would cruise in 2021 or 2022 said they would sail if a vaccine is required; 17% will not and 11% are unsure.

Royal Caribbean, meanwhile, said a survey of booked guests found that 85% had received at least one vaccine dose or plan to. 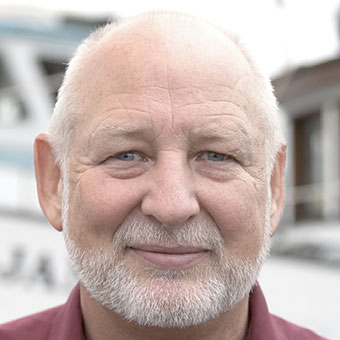 And Dan Blanchard, UnCruise CEO, said that the line recently reached out to its guests booked on sailings in May about the vaccine requirement and that less than 1% said they would not cruise this year because of it.

“I think for the industry this probably will become much more of a standard very soon,” Blanchard said. “For me, it’s not only about the guests but about the crew who have a lot more exposure. The vaccinated cruise route is definitely the way to go.”

Sharona Hoffman, professor and co-director of Case Western Reserve University’s Law-Medicine Center, said it’s difficult to know yet whether restricted access will sway people’s decision whether or not to get inoculated in the U.S.

That has been the case in Israel, she said, where 60% of the population has been vaccinated and many establishments require a vaccine passport to enter.

“There are not enough vaccine mandates [in the U.S.] for that to make a huge difference,” she said. “We’re not seeing that in theaters, restaurants or on the part of employers on a widespread basis. It’s not a huge incentive right now.”

Wonder of the Seas to debut in China