One of the more moving experiences overseas for any American is to visit the graveyard for American dead above the beaches in Normandy, France, where 156,000 Allied troops landed on D-Day.

Row after row of identical white crosses and Jewish stars emphasize the democratic nature of the American losses that June day in 1944. The smallest exception can be found in the gilded inscription for Brig. Gen. Theodore Roosevelt Jr., whose grave is distinguished not because he was a president’s son or a general, but by his status as a Medal of Honor recipient.

All of the dead lie in foreign soil, gone but not forgotten, least of all by the French, who make a commemoration of the anniversary each year.

Several ports in Normandy are close to the D-Day beaches, principally Le Havre, but also Honfleur on the south side of the Seine River, where I docked recently and took a tour of the cemetery and battle site provided by Crystal Cruises.

A 1941 deuce and a half, which today serves as a tour vehicle. Photo Credit: TW photo by Tom Stieghorst

Our arrival in Normandy coincided with the ceremonies surrounding the 75th anniversary of D-Day on June 6, 1944.

The coach ride to the battle site is a good two-hour journey. On our way there on June 9, we passed dozens of World War II-era vehicles heading south — jeeps, mostly, but also ambulances, amphibious vehicles, troop transport trucks, motorcycles, staff cars, even a few half-tracks on trailers — all in variations of olive drab.

It was a foretaste of what was to come when we arrived at the beaches.

But first, we made a stop at the D-Day Academy, a nonprofit museum and historical society partly supported by Crystal that is devoted to keeping the details and significance of the D-Day landings alive.

Jean-Pierre Benamou, a retired physician and president of the academy, dedicated his Sunday to accompanying our group tour and narrating the story of the invasion.

The museum, a large warehouse structure, shelters hundreds of artifacts ranging in size from enormous artillery pieces such as the German 88 mm anti-aircraft gun, down to pistols used as side arms by combatants. 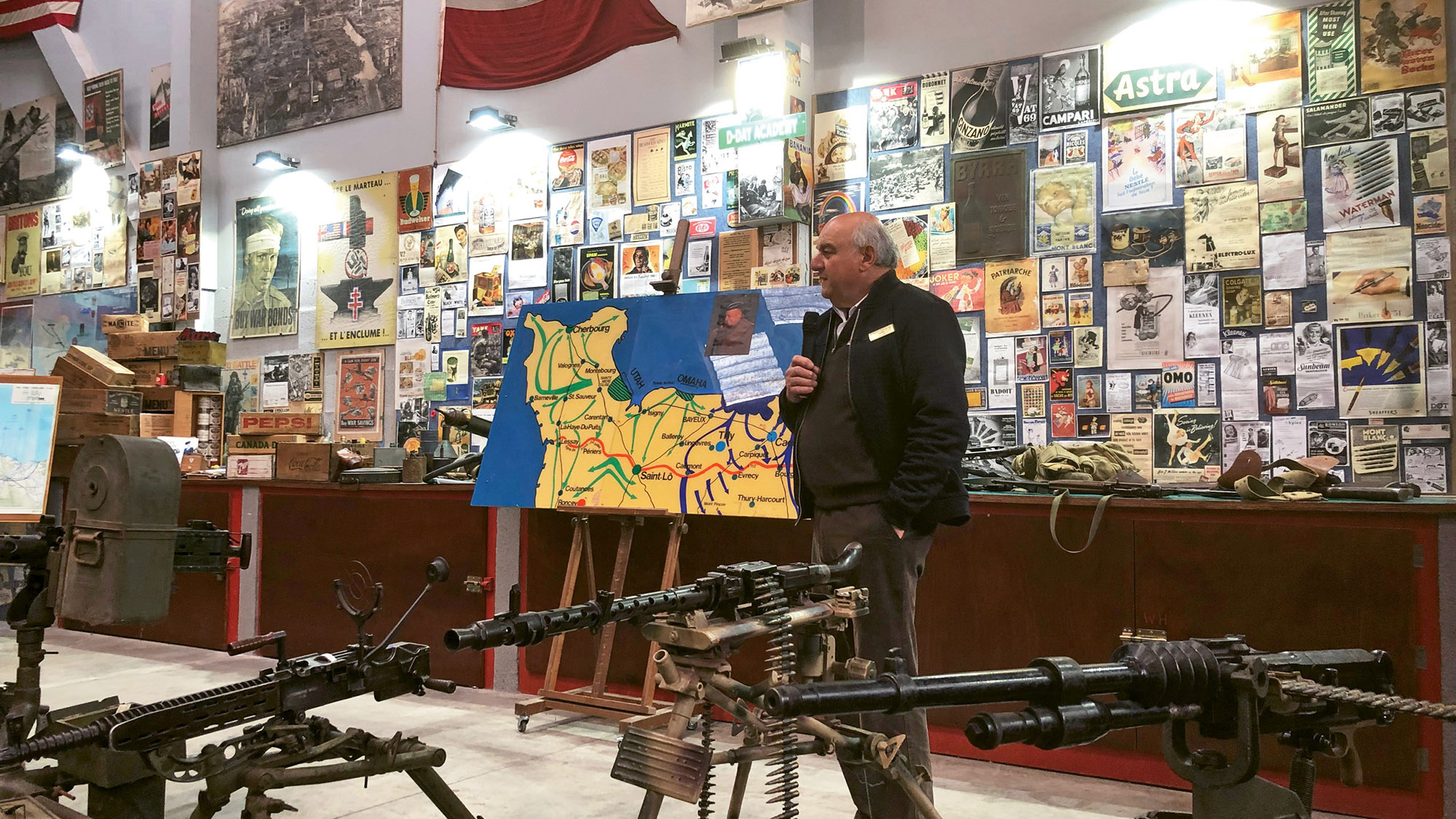 Jean-Pierre Benamou, president of the D-Day Academy in Normandy, talks about the 1944 invasion prior to a tour aboard a WWII military vehicle. Photo Credit: TW photo by Tom Stieghorst

After a talk to set the stage and establish the high stakes of the Allied invasion (British and Canadian troops also took part), we were off for the wind-swept sand of Utah, Omaha, Juno, Gold and Sword beaches, the five landing spots where the future of Europe was decided 75 years ago.

One thing I had not appreciated until arriving was the great gap between low tide — when the landing took place — and high tide. Nearly 400 yards of flat sand separated the GIs landing at low tide from the seawall that was their first source of cover from the fire directed by German defenses.

Benamou placed a tiny in-memoriam wooden cross in the sand, which he said would be swept out to sea by the next tide.

Because the 75th anniversary commemoration was ongoing, we were treated to fly-overs from French military jet formations and U.S. Air Force helicopter and C-130 aircraft low over the beach.

After experiencing Omaha Beach, we were next given the chance to climb into a 1941 two-and-a-half-ton truck, the renowned deuce and a half that was the transportation backbone of the U.S. Army.

A version of this tour is sold by the D-Day Academy starting at $120 per person. 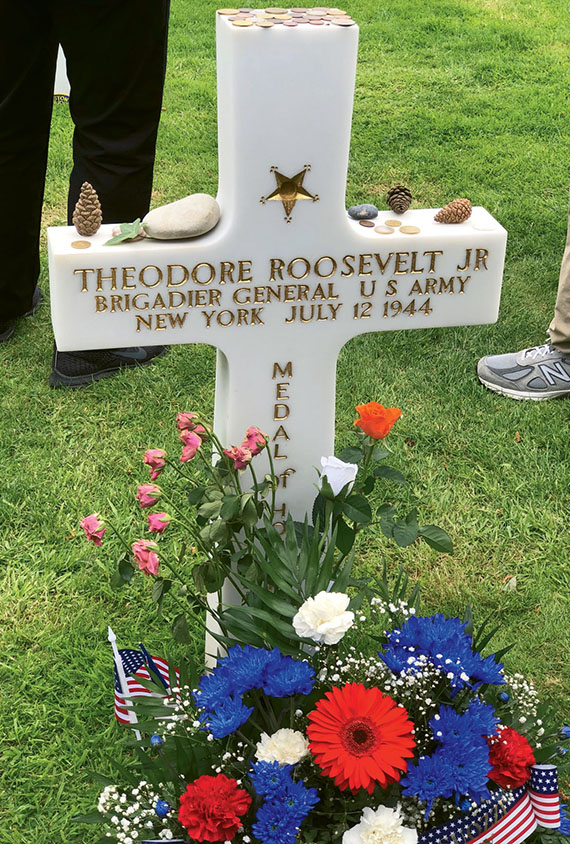 We rode in a convoy that also included a vintage staff car and an amphibious DUKW to a restaurant about a half hour away, where we dined on oysters, French cheeses and charcoal-grilled steaks and shrimp.

Afterward, it was back in the tour coach to visit the cemetery, which just a few days prior had been visited by presidents Trump and Macron. The ramps and scaffoldings were still coming down as we toured the gravesites.

We sought out Roosevelt’s grave, and that of his brother Quentin, an aviator killed in World War I who was reburied next to his brother at the family’s request.

The cemetery was crowded on that Sunday, and it took us a good while to get out of the parking area and onto the French highways, past the waving, green fields of wheat, back to our ship in Honfleur.

Princess Cruises getting new ship in 2020

Fans, get ready for an immersive Harry Potter exhibit world tour in 2022