Fasten your virtual seat belt when speaking with Virtuoso’s Christ. His passion for sustainable travel is palpable; he even lives on an organic farm in Maine when he’s not consulting or writing about it.

“What business in its right mind would not want to take care of its product, make sure that it’s healthy?” Christ asked rhetorically. “Distill it down to business logic: If we don’t protect the product we trade in we’re going to be out of business soon.”

This requires nuance, he said.

Costas Christ of Virtuoso (center), is working with local community leaders in Bhutan on a national sustainable tourism plan for the Himalayan kingdom.

“Travel shouldn’t conquer a destination but enhance it,” he said. “But you wouldn’t have the greatest migration in the Serengeti if it weren’t for travelers and their dollars.” Similarly, he added, “it’s very hard to protect and safeguard cultural heritage if the people who live closest … haven’t [been given] a seat at the table.”

Virtuoso asked Christ to look at sustainable travel more than a decade ago, to bolster a portfolio that now numbers more than 2,000 agencies, travel providers and destinations. Virtuoso now offers its travel advisers webinar training, live events and a Sustainable Travel Leadership Award program. Virtuoso.com is developing an interactive sustainability platform for operators and hotels.

“What do we really sell?” Christ asked. “We sell culture and nature. When was the last time you read a brochure saying, ‘We’ll give you a great spa treatment in a clear-cut forest?’ In the sustainable world, the [profit and loss] includes the environment.”

Kenya’s Masai Mara and Pensacola, Fla., on the Gulf Coast are literally and figuratively half a world apart. But both locations needed to combine financial success and sustainable practices.

“We run the tourism entity, and the conservancy is owned by the Masai community,” co-operator Louise Cottar said via Skype from Nairobi. “We worked for 10 years to have the community allocate one plot in perpetuity that can’t be subdivided. We don’t make a profit from that. But it attracts a higher-yielding clientele, and I think we get more business out of it.”

Cottar’s is one of 10 “ecospheres” allied with Long Run, which protects more than 5 million privately held natural acres. Long Run has a “4C” framework: conservation, commerce, community and culture.

“They helped us think through our business,” Cottar said. “It was a very arduous process. It’s not something you can ‘green-wash.'”

Cottar’s employs its own rangers, builds roads and operates an on-site school that has trained staff. Water purification and runoff collection replaced trucking in 12,000 plastic water bottles a year over eight-hour drives, and the camp broke even within 10 months.

“We then put the savings into other initiatives that were sustainable but also helped the bottom line,” she said. “We’ve chosen to have fewer beds and more wilderness, so there’s a premium.” 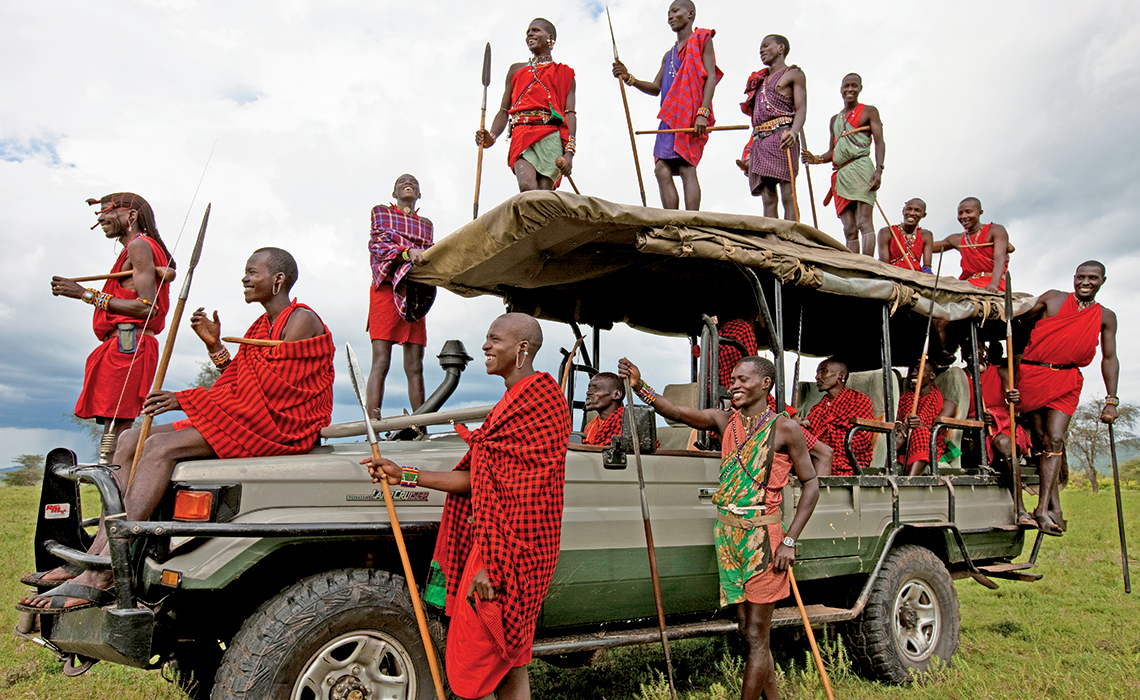 Luxurious yet based on sustainable practices, Cottar’s 1920s Safari Camp partners with the resident Masai, respecting them as stewards of the land and embracing how they wish to represent themselves to visitors.

An all-inclusive room costs just under $1,000 a night per person in peak season, and occupancy has run at about 30%, which Cottar attributed to Kenya’s at-times shaky politics and an oversupply of beds in the region (two-thirds of bookings are through agents, with commissions ranging from 25% to 40%).

“To work and protect, with the community, from poachers and others,” is a Cottar’s precept.

But community interaction isn’t always a magic sustainability bullet. When I was in Ecuador some years ago, local tour guides went on strike for more tourism to the fragile Galapagos Islands. Poor governments can be equally aggressive. Nevertheless, local involvement is a key to meaningful experiences, said Jamie Sweeting, who is both G Adventures’ vice president for sustainability and president of its associated Planeterra Foundation.

“You have to raise the capacity of the community so it can make decisions actively and not passively,” Sweeting said.

“We asked the community what kind of engagement they wanted,” she recalled. Instead of dancing for tourists, “they wanted to showcase some of their learned experiences: how you graduate from one age group to another.” The women sell their wares in the camp’s shop. “They decide what to make; they make the profit,” Cotter said.

And profit, Cottar concluded, “has to underpin sustainability, and vice versa.”

Though a far different venue, Pensacola and its Destination 2020 plan also aim to attract tourism without compromising local living.

“We asked, ‘What do we want to look like five years from now?'” said Steve Hayes, Visit Pensacola’s president. “It was build more condos vs. saying we have a certain feel and ambience that we don’t want to change. How do we grow tourism so we don’t lose that? If you’re going to develop you want to do it smartly and have a good investment.”

It also means saying no to incongruous events. A televised festival was nixed because it would “set back our progress in building a family environment,” Hayes said. “It’s more about the quality of what you’re showcasing. If we do it right, we’ll still reap the economic benefits.”

Donna Zeigfinger is a vegan. So are most of her clients. Her agency offers “destinations that make a difference.”

“I won’t not book any destination,” she said from Cabin John, Md., where her Green Earth Travel uses Nexion/Travel Leaders Group for tickets and hotels. “My preference is to have a group of people who are vegan and not do running of the bulls or hunting trips.”

She researches hotel practices and uses Happycow.net to find vegan and vegetarian restaurants near them.

“My goal is to tread lightly and eat lightly,” Zeigfinger said. While acknowledging that “it’s hard at times,” she added, “but I think it’s growing. People are becoming more aware. They realize they have to pay and are willing to pay.”

Recently she sold out a 15-to-20-person vegan trip to Italy. “That tells you something,” she said.

Zeigfinger’s favorite ecoresort is Natura Cabana in the Dominican Republic. She celebrated her 20th anniversary there and also does animal rescue through DogsandCatsDR.com. 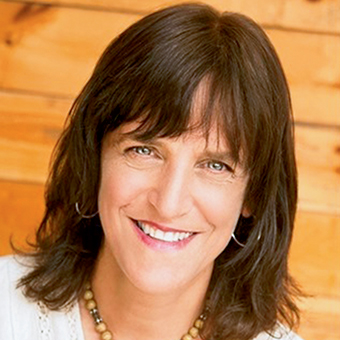 That country is also a destination for Fathom cruise line’s oceangoing experiment in social impact travel.

Launched as a boutique operation within megaparent Carnival Corp., Fathom, per its website, “combines your love of travel with your desire to make a difference.”

Fathom made news in May when its Miami-ported Adonia became the first U.S. cruise ship to visit Havana in a half-century. But if Cuba involves cultural tourism, Puerto Plata, D.R., is the Adonia’s alternating voluntourism destination. Fathom president Tara Russell, a business veteran who doubles as global impact lead for Carnival’s 10 brands, said that the Dominican Republic was chosen as “a partner location of promise.” So were on-site allies.

“No matter how valid our model, it’s all about having the right people on the ground,” Russell said.

That model calls for 700 passengers per seven-night voyage. Besides sea and sand activities, as many as three “impact days” can be spent participating in voluntourism activities. These include helping women’s cooperatives produce chocolates, building English skills and fashioning clay water filters.

Fathom’s launch has experienced its own shakedown period, dealing with issues ranging from mechanical problems to skepticism about voluntourism.

One travel agent told the Associated Press, “People don’t know why they would want to go and pay to work somewhere; people want a vacation.”

Prices have been significantly discounted recently, and any voluntourism intrinsically needs to guard against amateurs doing poor jobs or taking work away from locals.

Russell remained firm. Introductory pricing at discounts had been planned for 2016 from the beginning, she said, because “it takes time to build the market.” In the second week, she said, half the travelers rebooked. Visitors are dispersed to avoid overpowering small facilities. Local response has been positive. The marketing is targeting churches and service organizations.

Agents, she felt, could offer “a compelling new way to provide a unique experience.” At least some are responding. Kristen Sorice, a millennial who is a partner at Cruise Planners of Yonkers, N.Y., reported that colleagues who made the trip “didn’t think they’d like it but had an experience they won’t forget.”

“We need to see more commitment, especially on the part of the bigger players,” Virtuoso’s Christ said. “We need to take it much further, much faster.”

Generating half of travel’s carbon footprint, aviation is embracing efficiencies from fuel to design.

“We’re 70% better than we were at the dawn of the jet age; that’s 1% saving of fuel consumption a year,” said Richard Aboulafia, vice president of analysis with the Teal Group in Fairfax, Va. “Pollution and fuel reduction are your profit margin if you’re an airline.”

“Guests are seeking a destination experience that involves beauty,” Darr said. “For us to have a sustainable business for the long term we have to act in a sustainable and responsible manner.” 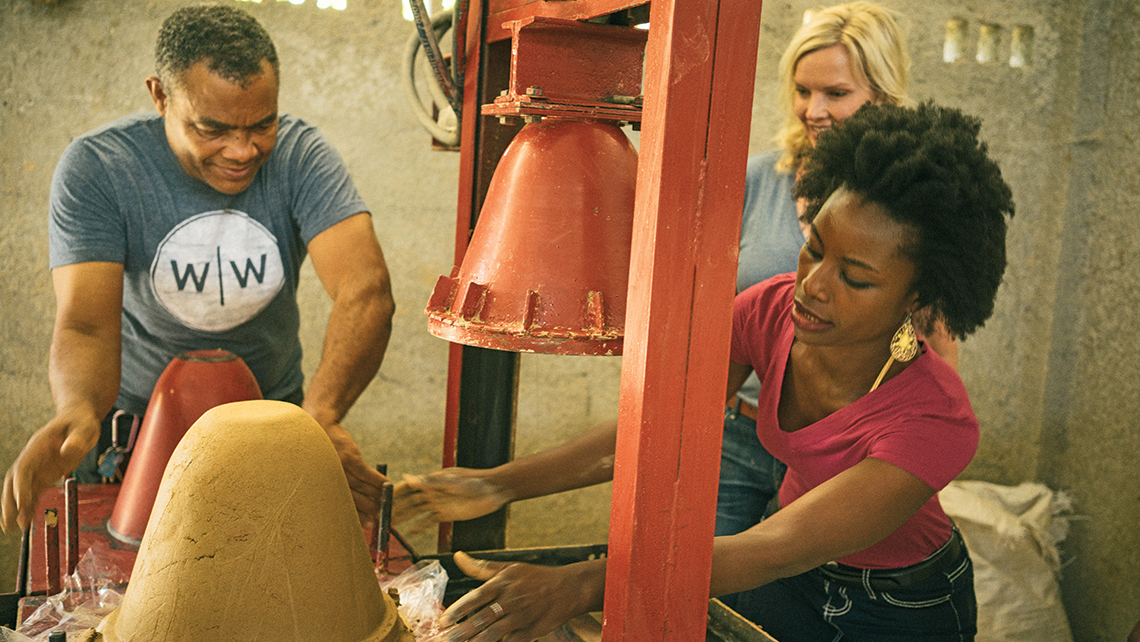 And off the ship?

“The shore side continues to offer opportunities to increase our levels of sustainability and minimize our footprint,” he said.

“Footprint,” in fact, has emerged as a sustainability watchword.

The policy of the Globus family of brands is to “leave only footprints and take only photos.” Globus stresses environmental and cultural preservation, and its tour directors engage passengers with a “do no harm” code of conduct. It has introduced emission-efficient motorcoaches, funds “iconic destinations” and is a member of the Sustainable Travel Leadership Network.

“We don’t simply want to show travelers the most spectacular destinations and sights,” channel marketing manager Vanessa Parrish said by email. “We’re taking responsibility for their preservation. We can’t prove this is a competitive business advantage, but we do know it’s a responsible business value.”

“Reducing our footprints” is Marriott International’s mantra to prune energy and water consumption 20% by 2020, “green our multibillion-dollar supply chain” and “educate and inspire associates and guests to conserve and preserve.” Its Ritz-Carlton brand is expanding socially responsible programs to all its properties worldwide. 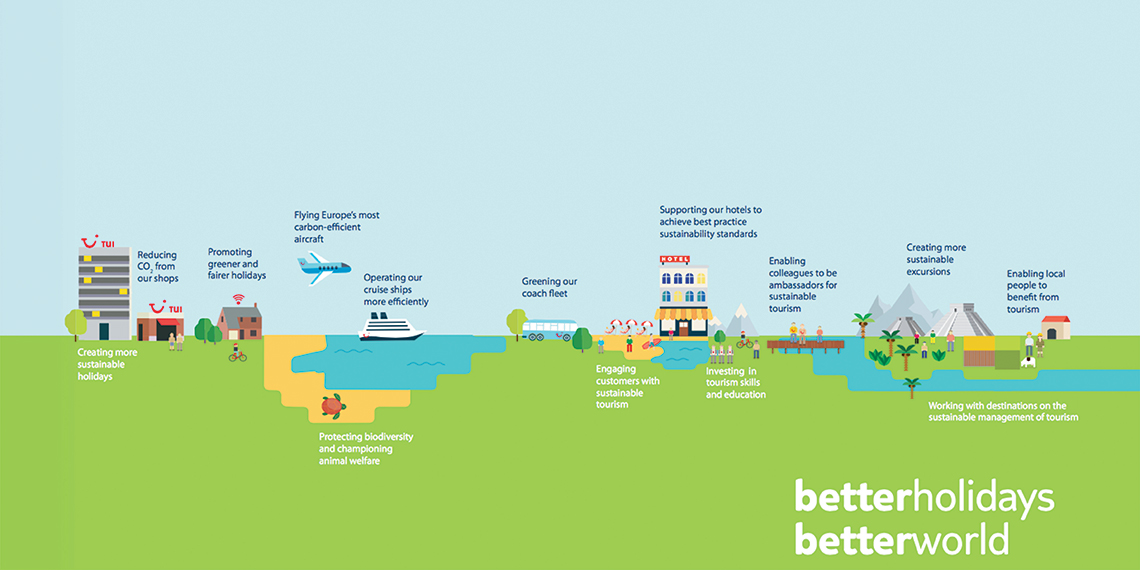 German-based TUI Group is a leader in sustainable travel throughout its massive, diversified operation.

Reportedly the world’s largest leisure, travel and tourism business, the TUI Group, offers an omni-channel template for sustainable travel. The Hannover, Germany, megafirm’s portfolio includes 1,800 travel agencies, 300 hotels and resorts and 77,000 employees as well as transportation up to and including Boeing 787 Dreamliners. It operates to the U.S. and many other countries.

“We’re quite aware that that size [of operation] gives us responsibility to seek to influence our suppliers and destination governments,” director of group sustainable development Jane Ashton said from London. “And customers are now expecting that trusted brands will take care of communities and environments.”

• “Step lightly” calls for a 10% reduction in carbon emissions across hotel nights and ground-passenger travel. Similar savings are set for a 140-plane fleet that has been named “the most climate-efficient charter airline in the world” and for a 13-ship cruise fleet that includes state-of-the-environmental-art vessels.

• “Lead the way” calls for investing 10 million euros [about $11 million] a year to “enhance the positive impacts of tourism” via the TUI Care Foundation.

“We’ve realized tens of millions of euros in cost savings through ecoefficiencies,” Ashton said. “That’s been true for our suppliers, as well. And investors see it as a proxy for a generally well-managed company. Equally important is the social aspect: the engagement of our colleagues, the impact on communities and destination and customer satisfaction and customer-experience quality.”

Ashton’s conclusion came full circle from Costas Christ’s opening thought: “The travel and tourism sector can be a powerful force for good.”

Where can we travel now? You might be surprised