Royal Caribbean International revealed some of the features
of the Symphony of the Seas, the fourth and largest of its Oasis-class ships slated
to debut in April 2018.

The ship’s superstructure in the Boardwalk area was
stretched to make the ship about 3,000 gross tons larger than its predecessor,
the 226,963-gross-ton Harmony of the Seas.

The Symphony will have a capacity of 5,535 passengers at
double occupancy. After a summer in the western Mediterranean, it will move in
November to Florida, where it will become the first Oasis-class ship to be
homeported in Miami.

The Ultimate Family Suite will offer activities on its balcony.

Among the features new to the Oasis class will be the two-level Ultimate Family
Suite that sleeps up to eight guests. It will have a loft that connects to the
main floor with stairs and a curving tubular slide. A movie room will feature an 85-inch video
monitor and a popcorn machine. The suite also will have air hockey and a
floor-to-ceiling Lego wall. The 212-square-foot wrap-around balcony will have a
climbing structure and a kid-friendly pool table.

Royal Caribbean anticipates demand will be high so it won’t
book the suite online, only over the phone, said Vicki Freed, senior vice
president of sales, trade support and service. 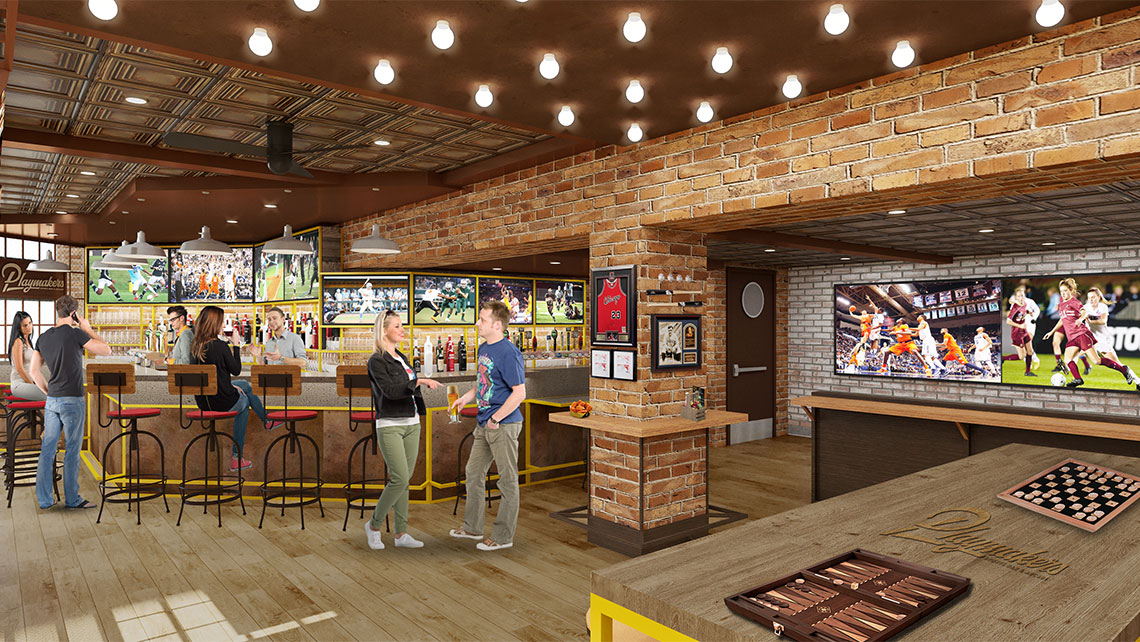 The Playmakers sports bar will be in the Boardwalk neighborhood.

Symphony will have a redesigned Solarium area, Royal
Caribbean president Michael Bayley said. It will be home to a new restaurant called
Hooked, which will be a casual New England-style seafood establishment with a
raw bar.  Also new, the 100-seat El Loco
Fresh will serve Mexican fare such as tacos and burritos. It will be located in
the ship’s Sports Zone and will replace Sabor Taqueria, a Mexican specialty
venue on some other ships, including Harmony of the Seas.

The Boardwalk neighborhood on Symphony will be significantly
different than the Harmony’s. A sports bar and arcade called Playmakers will
occupy one side of the area. It will have 30 TVs tuned to a variety of sports,
and arcade games such as Skeeball and Pac Man. 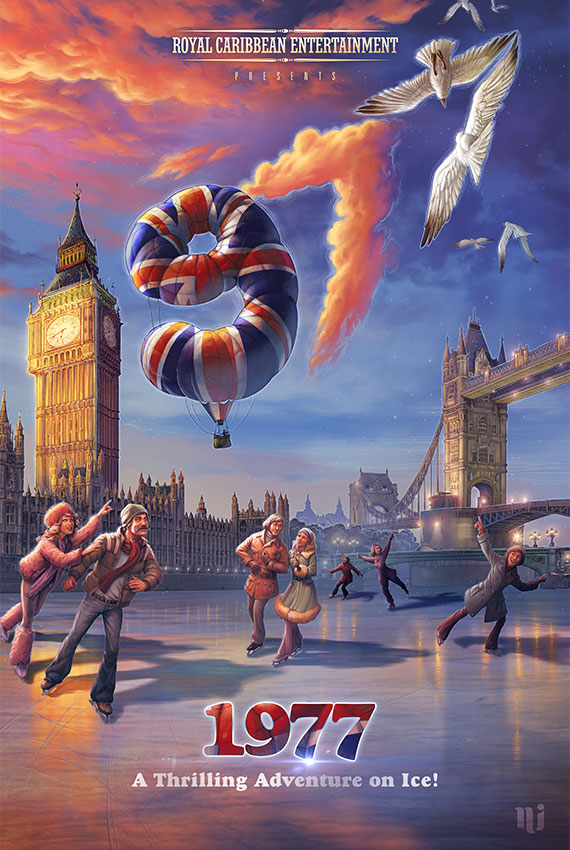 “1977” will be the ice show performed on Symphony of the Seas.

Opposite Playmakers will be
Sugar Beach Candy and Ice Cream, an expanded candy store that will take the
place of some retail shops on the Harmony, including the Starbucks. On the
Symphony, the Starbucks will be relocated to the Royal Promenade.

Travel agents can participate in a sweepstakes to create and
name a new ice cream flavor, Freed said. Details will be released Oct. 30.

“Hairspray” is being revived as the Broadway show
on Symphony, paired with an in-house production called “Flight,”
billed as a historical satire on the evolution of air travel. There will be a
new show for the Aqua Theater and an ice show called “1977,” which
follows the exploits of a time traveler in London trying to recover stolen
Crown Jewels in time for the Queen’s Silver Jubilee.

Studio B also be the venue for “the world’s largest
laser tag arena,” Bayley said.

Symphony also will debut a new check-in process Royal
Caribbean calls “Frictionless Arrival.”  Guests will download an app to their smartphones
before departure and use it to skip through check-in. 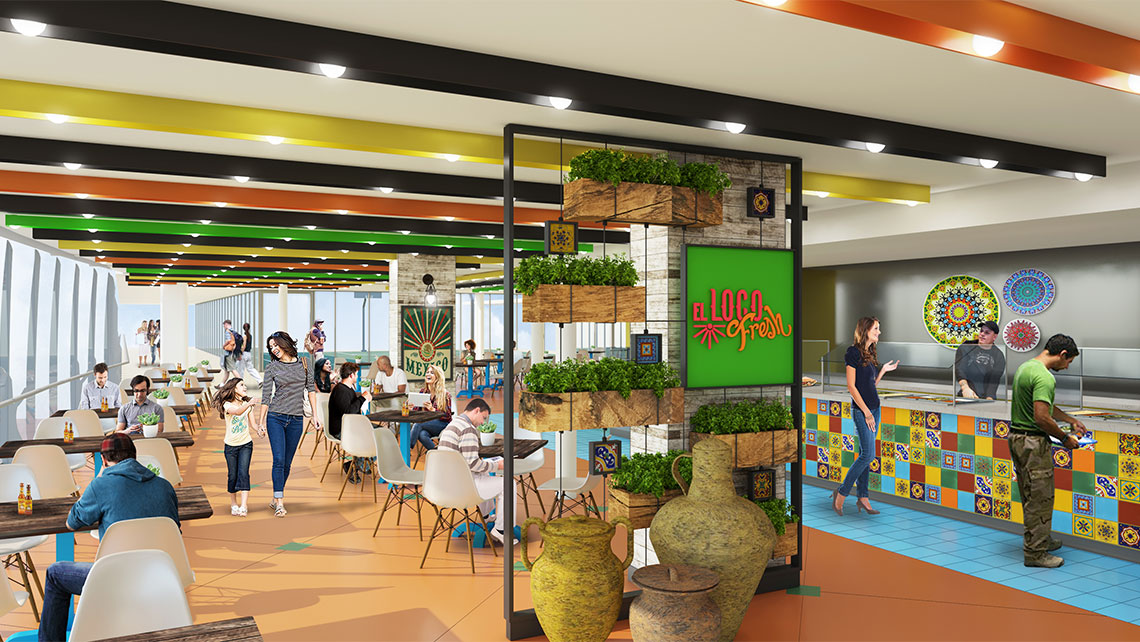 “Outside of the security check, there will be no other
touch points,” Bayley said.

It wasn’t specified where in the process guests will acquire
key cards or wearable devices, or how check-in will be handled for guests who
don’t use the app.

Trampoline attraction part of Mariner of the Seas makeover

Introducing the world’s biggest ship, Symphony of the Seas