Royal Caribbean International revealed that the Mariner of
the Seas will have a bungee-bounce attraction and a Polynesian-themed bar among
several new features.

Royal Caribbean is spending $90 million on a six-week
renovation of the 3,114-passenger Mariner, which will sail three- and four-day
cruises from Miami.

The bungee trampoline experience, called the Sky Pad, can be
enjoyed with or without a virtual-reality headset. Guests wearing the headset
will be “transported to another time and planet to bounce over moon
craters or compete in intergalactic games.”

The Bamboo Room will serve cocktails in a “retro lounge with tiki-chic decor.”

The Polynesian-themed bar, a concept new to Royal Caribbean,
will be called The Bamboo Room. “The retro lounge will heat up the ship’s
already vibrant nightlife scene with its tiki-chic decor,” Royal Caribbean
said.

There will be a glow-in-the-dark laser tag experience in
Studio B, where friends and family can team up to play “Battle for Planet
Z.”

Puzzle Break: The Observatorium will be an escape room, a
problem-solving game where participants work together to find hidden clues and
solve a series of riddles to unravel a mystery.

Other new features: a FlowRider surfing simulator and a duo
of racing water slides called Cyclone and Typhoon. 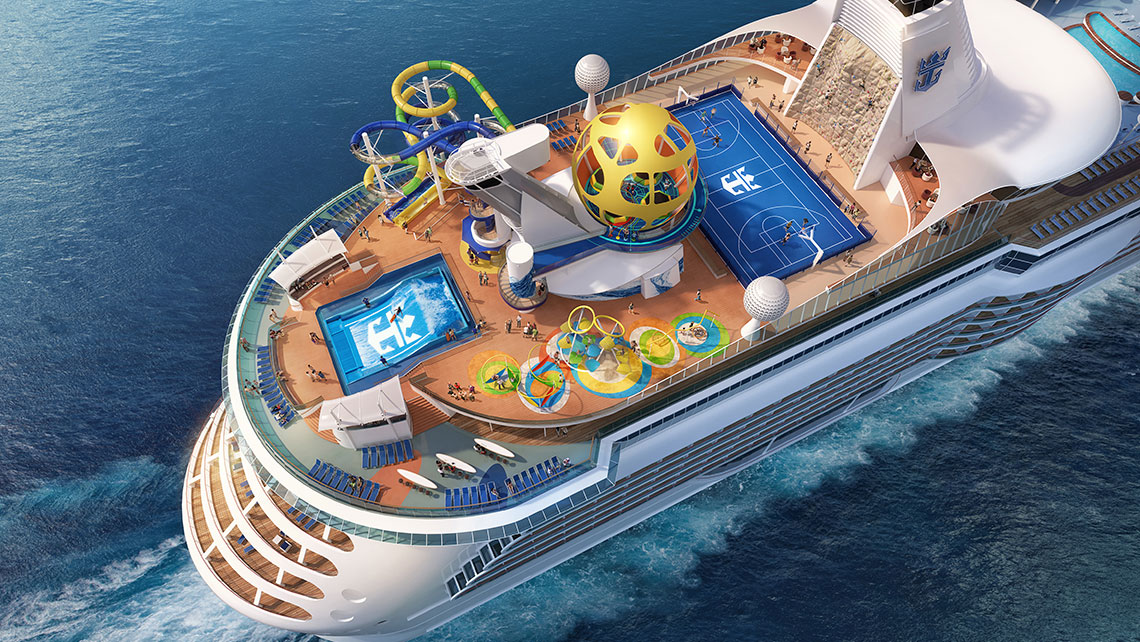 The Mariner will have two new water slides.

Starting in June, the Mariner will become the largest ship
in Miami’s short-cruise market. It will visit Nassau and Royal Caribbean’s
private island CocoCay, where a pier is being added to accommodate the large
ship.

Royal Caribbean’s Navigator of the Seas getting water coaster

ABTA argues sustainability must be part of tourism recovery