U.S. citizens’ interest in traveling to Turkey was already
low following the Ataturk Airport attack in Istanbul last month, and the failed
military coup last week appears to have erased most dwindling desires to visit
the country in the coming weeks.

“It’s a country that, at any moment, could go one way or the
other,” said Petros Zissimos, managing director of Hellenic Holidays. “You can
never say that your trip is going to be stable when you’re there. There’s
always something that may happen. It doesn’t have the stability of other
European destinations.”

Incidents occurring earlier this year — like the January
bombing near the Blue Mosque and a March car bombing in Ankara — were causing
some reluctance among travelers, but many were not canceling their plans,
according to Mina Agnos, president of Travelive.

But the Ataturk Airport attack did result in “a number of
guests” canceling their trips to Turkey, she said, instead opting for other
European cities like Athens, Barcelona and Rome.

“With the coup attempt, I see that the remaining guests who
opted to stick with Turkey are now requesting a change of plans and extending
their stays in Greece,” Agnos said.

She said there likely won’t be a “huge comeback” during this
year’s popular season for travel to Turkey, which runs from April to October.
However, she still has one party slated to visit Turkey later this month that
had not canceled their plans as of Monday afternoon.

“After the Ataturk attack, we basically just saw most of our
bookings get canceled, and after the coup d’etat attempt, we had the remaining
trips get canceled,” he said. 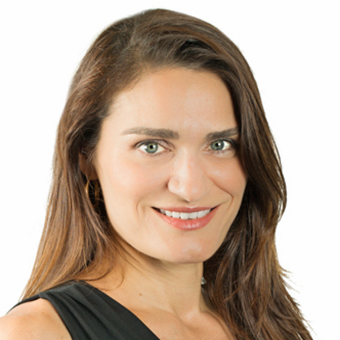 Neither Stergiou nor Agnos had clients in Istanbul when the
attempted coup was taking place, but Zissimos said he had several.

“They basically were on lockdown,” he said, congregating
with other travelers in hotel bars to watch some of the situation unfold on
television. They were able to communicate with him via messaging application
WhatsApp over WiFi, and Zissimos got them home Monday.

Agents are reluctant to send Americans to Turkey at the
moment.

“It’s always been a really popular, American-friendly
destination, but at the same time I think there’s just a lot of factors, and
it’s just shaken a lot of people up,” said Agnos. “So I’m a little more
hesitant to say, ‘Go.’”

Zissimos said the State Department’s travel warning issued
for Turkey is something to heed.

“They obviously have more powerful boots on the ground than
I do,” he said. “Sending somebody on vacation is one thing. Sending them in
harm’s way is another.”

The latest travel warning advises U.S. citizens to “reconsider
travel to Turkey at this time.” “In light of the July 15 coup attempt and the resulting
potential for interruptions to travel and daily life, we suggest U.S. citizens
reconsider travel to Turkey at this time,” the State Department said.

The events in Turkey have taken their toll on agents’
business. Zissimos estimated Turkey bookings were down “close to 80% this
year.”

“We had a double-digit share in terms of our company’s
revenue in Turkey that has evaporated,” said Stergiou.

Barring future incidents, all expressed confidence that the
market would rebound.

“Will Turkey bounce back? Yes, certainly so,” Stergiou said.
“The question is when.”

Greece aims to open up for tourism this May