When TV cameras rolled on a military coup in Istanbul and
Ankara on July 15, Intrepid Travel had seven groups on the ground in Turkey.
Some guests were just finishing up their tours, and some continued on when the
dust settled.

But a small number of clients decided to cut their vacations
short, opting to leave the country as soon as arrangements would allow.

“For them, it was a personal decision about their safety,”
said Intrepid North American director Leigh Barnes. “They felt that with the
coup taking place, in their personal opinion, they felt better that they were
able to head home.”

While the coup was quashed within a few hours, the
reverberations of the incident continued late last week.

On July 18, the State Department updated its travel warning
for Turkey, suggesting that U.S. citizens “reconsider travel to Turkey at this
time,” and three days later, president Recep Tayyip Erdogan declared a
three-month state of emergency to purge the military of collaborators in the
uprising.

“Obviously, the short-term effects for people who want to
travel to Turkey are not good,” said Dan Richards, CEO of the travel
risk-management company Global Rescue. “Any kind of central government
instability, whether it be Turkey or anywhere else, makes travelers nervous,
and for good reason, right? The security situation in Turkey, I think, in many
people’s minds, was tenuous to begin with, given the attacks on the airport and
the history of terrorist activity in Turkey.”

The failed coup was but the latest in a series of blows to
Turkish tourism. Even before military tanks appeared on the streets of Ankara
and Istanbul during the July coup, and a terrorist assault on Istanbul’s
Ataturk Airport on June 28 killed 42 people and left more than 200 wounded,
tourism in Turkey had been devastated.

A series of terrorist attacks in the country over the last
18 months, including some targeting popular tourist attractions, has caused a
significant drop in visitors to a destination that ranked sixth in the world
for international arrivals in 2014, according to the World Travel Organization.

Year over year, the number of foreign visitors has been down
every month of 2016, with the gaps growing. In January, visitation was down
6.4% from the same time in 2015, the Turkish Ministry of Culture and Tourism
reported. In May, the last month data was available, it fell by nearly 35%.

As headlines pile up and security concerns mount, agents
have grown wary of sending their clients to Turkey.

“I’ve pretty much stopped selling Turkey for 2016,” said
Petros Zissimos, managing director of Hellenic Holidays. “Because I visit the
country quite frequently, judging from what I saw, it’s not an appropriate
environment for U.S. travelers at this time.”

Mina Agnos, president of Travelive, said she has been
reluctant to tell clients it’s safe.

“It’s really hard to say,” she said. Unlike the Arab Spring
in Egypt, she said, “I think with Turkey it’s a little different because it’s
not just political. You’ve got the mix of the political with the terrorist
attacks, so in this case, I’m a little bit more hesitant to say, ‘Yes, OK,
great.’”

Citing safety concerns, some tour operators, including
Globus and G Adventures, suspended their trips to Turkey even before the coup
attempt and airport attack, but not all operators have left the country.

Paul Wiseman, president of Trafalgar USA, said the company
had clients in Turkey during the coup and subsequent crackdown.

“We did, and we still do, and we have more going,” Wiseman
said. “We’re going to continue operating as booked.”

The reality on the ground, he stressed, is often more
nuanced than what’s on the evening news. 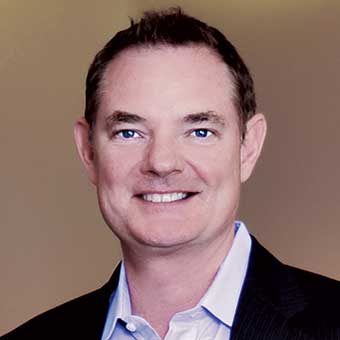 “We instantly see on CNN that the entire country is in chaos
because they have one 30-second film loop,” Wiseman said. “With Trafalgar, we
have a lot of people living in these destinations. We can get real-time,
accurate information very easily. We will always modify an itinerary if we feel
that there is any form of direct danger for our clients.”

Intrepid tours are now skipping Ankara, where there have
been multiple attacks.

Barnes said that Intrepid had six cancellations on a July 17
departure immediately following the coup, but he said he did not anticipate
further cancellations. Bookings, however, have dropped by about 50% in 2016, he
said.

“There’s definitely a cumulative effect when a particular
destination is in the news over and over again,” Wiseman said. “Turkey has had
multiple issues fairly close together, and those do accumulate, and it puts an
enormous stress on demand for the destination.”

Those who still book trips to Turkey are “a much hardier
group of people,” Wiseman said. “If you’re booking the trip, you’re doing it
with eyes wide open.”

Barnes described Intrepid’s Turkey clients as “confident in
making these decisions. They make up their own mind. They do a lot of their own
research.”

Marcia Miller, owner of You Go Girls!, which specializes in
tours for women, is attending Ya’lla Tours’ December fam trip to Turkey. “With
a country like Turkey, where there’s a lot of misunderstanding and questions
about it, I think that as travel agents we really need to do our homework so we
feel comfortable advising clients about that,” she said. “I trust Ya’lla
literally with my life and with the life of my clients.”

History suggests that what it will take to lure visitors back
to Turkey, and for its tourism sector to recover is stability.

According to research by the World Travel and Tourism
Council, it takes two to 22 months for a destination to recover from an
isolated terrorist incident and an average of 26.7 months to return to
pre-crisis visitation after political unrest.

Turkey’s ongoing issues could stretch that timeline even
further, and any additional attacks or instability will only delay the
recovery. But operators such as Intrepid aren’t walking away.

Barnes said the company has a responsibility to support the
places it visits through good times and bad.

“We’ll have to make changes as things get harder or there
are safety, stability or instability changes,” he said. “But, fundamentally,
one of our key pillars is purpose beyond profit, and that’s supporting the
destinations we do travel to.”

Building tourism back to where it was in Turkey will take a
lot of hard work, he added.

Jamie Biesiada contributed to this report.

Super Nintendo World to open in Japan in February