American Queen Steamboat Co. (AQSC), best known for its traditional paddlewheelers that ply the Mississippi, will make its debut in Alaska this year with the launch of sister company Victory Cruises’ first expedition ship, the Ocean Victory.

The 93-suite newbuild is the first of two planned by AQSC’s Victory Cruises, and the cruise will mark the first expansion for American Queen and Victory beyond the lower 48 states.

AQSC founder and CEO John Waggoner said in a recent interview that the company, which purchased Victory Cruises in 2018, is targeting May 22 for the inaugural sailing of the OceanVictory.

After spending the summer in Alaska, the 200-passenger ship is scheduled to make a 12-day cruise from Vancouver to Seattle at the end of September, followed by a 17-day cruise from San Diego through Mexico’s Sea of Cortes and on to Costa Rica.

The company acquired the lease for the OceanVictory with its purchase of Victory and its Great Lakes and Atlantic coastal cruisers, the Victory I and Victory II. Those ships are also scheduled to begin sailing beyond the states next year — the Victory I with two Atlantic coastal sailings that include stops in Nassau and the Victory II with 11-day, roundtrip sailings from Cozumel along Mexico’s Yucatan peninsula.

The observation lounge is among the many venues aboard the Ocean Victory.

Last year, Victory announced it was building a second expedition-style ship for the Alaska market, the OceanDiscoverer, which is expected to launch in 2023.

Plans call for the two vessels to sail a series of 12- and 13-day, all-inclusive British Columbia and Alaska itineraries between Vancouver and Sitka, with port calls including Misty Fjords National Monument, Stikine River Wilderness, the Waterfall Coast and Frederick Sound. Southbound itineraries will add a day to explore stops such as Ford’s Terror Wilderness.

The ships have an X-Bow (inverted bow) design, said to improve a ship’s efficiency and stability at high seas.

Of the ships’ 93 suites, 68 have balconies, nine have French balconies and 16 feature panoramic windows. 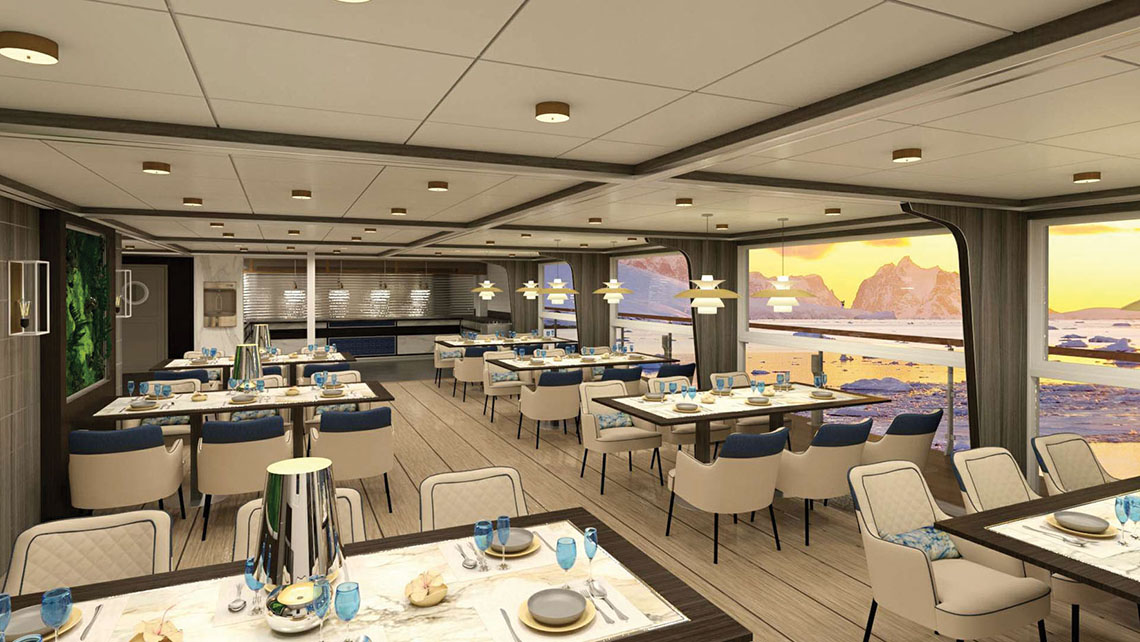 One of the two restaurants aboard the Ocean Victory.

Excursions are being developed by another company recently acquired by AQSC, Shore Excursions of America, which has been its exclusive partner for tours for its river cruises but is now also expanding to serve Victory’s sailings.

The company is also working with California Polytechnic State University to add marine biologists, scientists and naturalists to its expedition team to lead excursions and provide education lectures.