People are living practically everywhere, what they need is just a little bit of land, like seriously just a tiny bit of land! Welcome to the world’s smallest inhabited island which is perfectly named ‘Just Room Enough Island’ and is not bigger than tennis court. Yes, you read it right!

We are talking about the tiny sprinkle of land located near Alexandria Bay which is in New York. This minuscule but gorgeous island consists of only one little house and a tree. That’s all about it. And the island starts with this house and ends with the house. Bizarre but true! Just Room Enough Island is a part of 1,864 islands set on the beautiful St. Lawrence River. This river divides New York from Ontario.

Size of the island 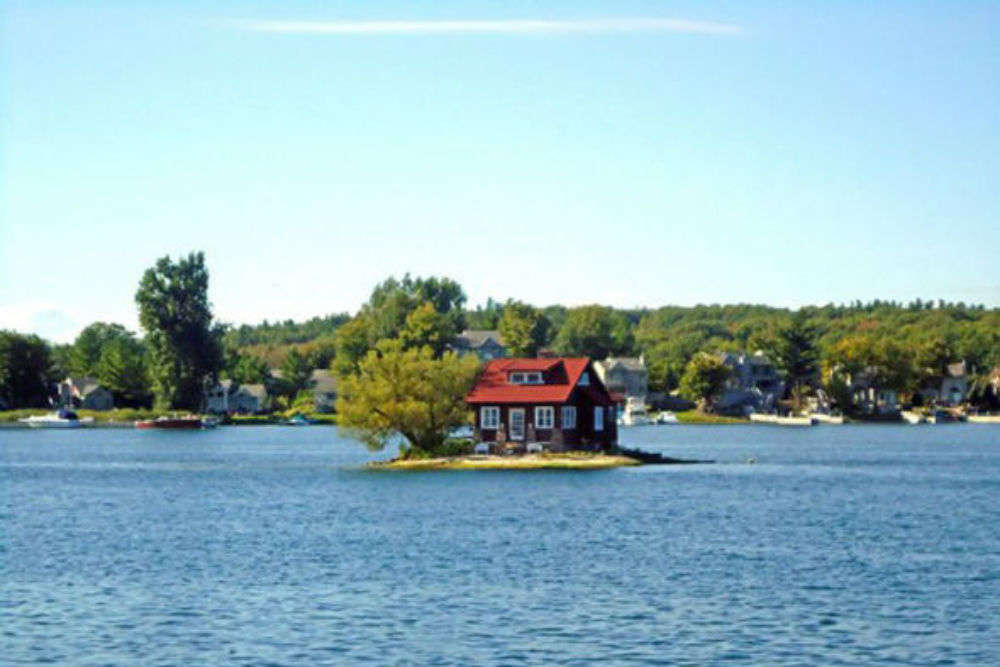 This tiny bit of island covers 3,300 sq ft of land, or one-thirteenth of an acre. Heard of Bishop Rock? It used to hold the Guinness Book of World Records for being world’s smallest inhabited island but not anymore because Just Room Enough Island is about half the size of Bishop Rock. So tiny!

History of the island

As far as history is concerned, it was known as the Hub Island, but in the year 1950, the island was purchased by the rich Sizelands family. The members of the family later constructed a cottage on the island and planted a tree that actually covered each and every inch of the dry land available on the island. Later, the family renamed the island as Just Room Enough.

Their intention was to make this island a weekend getaway of summer house, but soon it started attracting curious tourists and travellers from all across for being the tiniest inhabited island. Well, those plans are ruined now for the family for sure.

Almora’s Malla Mahal is getting a facelift

Chandigarh-Manali highway blocked due to landslides